“Riding is the art of keeping a horse between you and the ground.”
~ unknown

The chill in the air carried the first breath of winter with it. I don’t always do groundwork with my horse before our rides, but the coolness of the day suggested some warm ups on the ground were a good idea.

My horse, aptly named “Snowy” for his blanketed hindquarters, was friskier than usual, but I expected as much since it was one of the first cold days we had. Snowy settled after a few minutes, so I mounted and we began our ride into the peaceful woods.

We journeyed far enough away from human hustle and bustle to come face-to-face with a herd of deer.

A magnificent buck raised his head adorned with massive antlers and gazed piercingly at Snowy. I felt Snowy’s heartbeat quicken and fought to keep my own breath slow and steady. The buck exhaled and a deep, throaty sound made the air heavy with tension.

The standoff felt like an eternity, but finally the buck leapt off in the opposite direction. Snowy took a deep breath and we continued on our way.

“If I was going to be a princess, I would be a warrior princess.”
~ Emma Watson

After exploring the woods for a while, Snowy and I ventured into some fields. Riding in these fields is always an adventure, as they border numerous backyards where dogs live. The dogs like to come running at us with teeth bared and it’s always a toss up between Snowy spooking or standing his ground. Snowy’s demeanor is pretty sensible and he’s quite brave, but he is still a horse and horses are prey animals. So when he spooks from a predator threatening to attack him, I really can’t blame him.

My plan of action for this ride was to trot through the areas I knew there weren’t any dogs and to walk where there may be dogs around. I’ve managed to stay on Snowy through some pretty impressive acrobatics but handling them at the walk is much easier than at higher speeds.

We merrily trotted along a picturesque fence line when, all of a sudden, Snowy spun on his haunches and jolted to the left. The moment he did that, I happened to be on the “up” part of my post, meaning that my butt wasn’t in the saddle. Snowy was still spinning and my arms and legs were all akimbo, so I just let it go.

The fall was pretty graceful and the ground was soft, so, although I landed on my side, I wasn’t hurt. I sat up and Snowy looked at me with an expression that asked, “How did you get down there?”

Laughter erupted from my belly; Snowy sighed and relaxed.

I had thought we were in a “safe” area of the meadow, but I realized nowhere is ever completely safe. Snowy had spooked at a couple of birds that were scared up out of the dry leaves by our approach. Dogs I had expected, but birds I did not.

My plan to keep Snowy between me and the ground had failed, but we were both alright anyway.

I got back on and the rest of our ride progressed smoothly.

Riding horses will teach you the importance of having a plan, but it will also teach you that sometimes you have to fly by the seat of your pants. Great warriors have a plan of action; the best warriors are willing to throw that plan out the window if it’s not suited to the present moment.

Horses, although prey animals, have warriors’ spirits and teach those who work with them a thing or two about becoming a warrior. We don’t go looking for a fight, but we stand our ground and own our space if it seems a fight may come to us.

Snowy could easily have turned and bolted when we encountered the buck and I could tell Snowy was afraid by the change in his breathing and heart rate, yet he stood his ground, not giving an inch until the buck decided this battle wasn’t worth waging and walked away.

Horses will also teach you how to remain in the present moment and let all else go. Snowy spooked at the birds instead of sticking around to see if that rustle of the leaves was a real threat or not. Once he realized that no horse monster was lurking in the bushes, he took a deep breath and moved on, enabling us to enjoy the rest of our ride.

Too often when humans make a mistake, we hold onto it and dwell on it, but that doesn’t do us any good. The best thing we can do is get up, dust ourselves off, and continue moving forward. 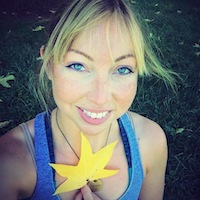