Finding our Strength in a Hospital in Ghana. 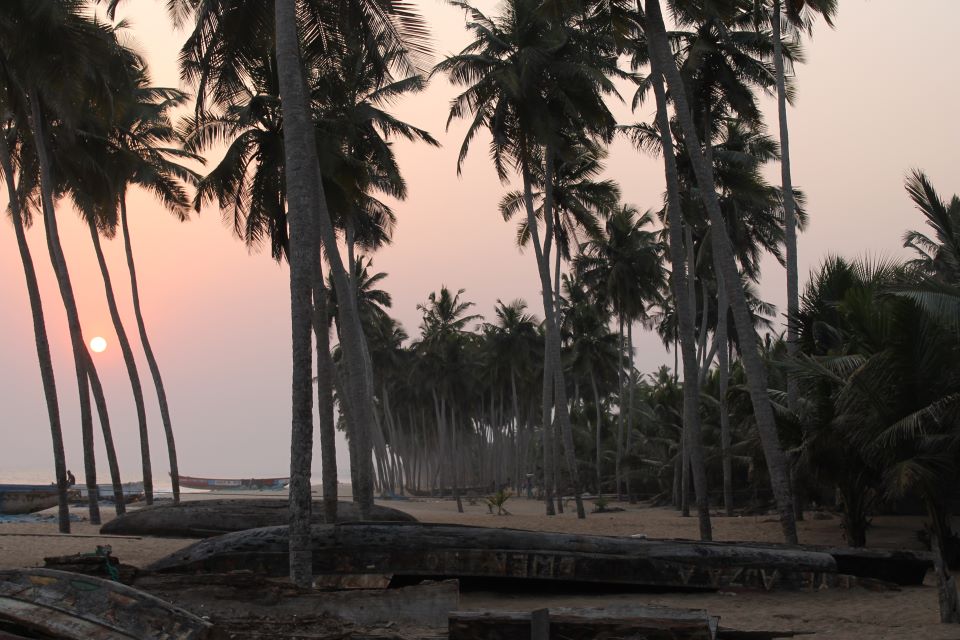 Behind me, I could here the clip, clop of his crutches and the shuffling of his feet in the dirt as I looked forward to the children from our compound yelling and running towards us with open arms.

They each took something from my heavy hands allowing me freedom from the weight, so I could watch his effortful steps towards home. I looked behind me and he had stopped, his head bowed down, his arms hanging from the crutches. His nose sniffled and tears rolled slowly over his dark skin.

It had been nearly a month since my fiancé Eric and I had been home. We had spent almost a month at Korlebu, the teaching hospital in Accra, Ghana.

His pelvis was broken in a motorcycle accident and when we were transferred from the hospital near our home to another in Korlebu, we never would have guessed how long we’d be there; the suffering we would see and endure; and the emotions we would experience. I had packed a bag for three days and even cried when the doctor told me we might be there for 10.

Eric told me his tears were from the beauty of being home, but he was sad to be coming home in his condition. A lover of life, a dance teacher and waiter, he would now barely be able to walk without intense effort for the next two months.

But as we talked at home that evening we gave thanks for the suffering because without it, home is just another place, walking is just something you do and life just passes. Because we suffered and faced many trials during our month at the hospital we now had the opportunity to re-live.

Have you ever looked at suffering this way? When any pain, annoyance or unpredicted situation comes into your life, instead of pushing it away, I dare you to ride the wave and even say thank you. If we allowed the suffering in, if we didn’t get angry, upset or annoyed, would the situation be as bad?

Of course I was not able to spend everyday in this mind-set. I had days where I cried, where I would hit the bed with my fist as I was woken by music in the middle of the night, my only time of peace. I yelled at people and had to take walks to let go of frustration But in between that, I had days where I just let things pass and those days were easy. They were the days I’d go into the hospital and my fiance and I would laugh, dance and kiss. They were by far easier and happier than the days I let my self fight my suffering.

It was my second day at Korlebu and one woman I used to sit next to, Adjuah, had been there for a week. After just two days, I couldn’t imagine what it was like to be there for seven. Her husband had a spinal cord injury from a car accident. He was paralyzed from the neck down and had received no treatment.

She waited outside, every day for a week for answers but asked no questions. She fed him but he could barely swallow, bathed him because his hands would never work again, but she doesn’t accept that. To her, by the grace of God he will be fine. I left her one evening, as she slept on the pavement outside the hospital with about 15 other women, to sleep at a friends just down the road. The next day when I came, she was gone. It wasn’t until the next day I found out, her husband was dead.

I met Abena on my first night at Korlebu. I had arrived around 4:00 p.m. and with no information Eric was pushed away to the male ward. I wasn’t allowed in. Eric’s brother and I waited outside the hospital until the late evening and went to look for a place to sleep. A woman who had been sleeping outside the hospital entrance for a month directed us to the third floor which was the baby ward and child oncology unit. It was free from malaria biting mosquitos and the rain. What it wasn’t free from was death and sadness.

I woke up when I heard a mother screaming with tears as she learned she lost her child. Her husband, trying to be strong, sniffled quietly and wiped her tears.

That was the night I met Abena whose baby was in the ward. She was a tiny girl, but her breasts were encouraged with milk. She told me she doesn’t use a pump or throw the milk away because then the ants will get it and that is a curse. She looked to be in her twenties but after a long conversation I learned more about her. She was 13 years old, and her boyfriend was in his twenties or thirties, she said. She was at Korlebu with her mom and week old baby because her baby was having leg pain. Apparently one thigh was longer than the other and the babies bones were growing differently.

I couldn’t get past the fact that she was 13. I remember being 13. It was when I had my first kiss but I couldn’t even understand what sex was let alone think of having it. Maybe she faced the same situation but was convinced by an older man. I can’t guess what situation in her life brought her to have sex at a young age, nor can I judge her.

She was discharged just a few days later and told me her mother would collect her baby and she would go back to school. I never did see her boyfriend, the babies’ father, around.

Everyday, I sat outside the entrance to Korlebu, on the pavement with the other women, mothers, sisters and daughters and just a couple of men, friends, brothers, fathers, waiting for any news on when Eric would have surgery, if he needed anything, or when we would go home.

We all waited together. Together we laughed, ate, we sang songs and we complained. But these ladies seemed to easily let things go. They had no information from doctors, yet they sat and didn’t think about what they would do tomorrow. And neither did I.

My days were busy getting food for Eric, boiling water to make instant coffee in the morning, something I really enjoyed, getting medicine, sneaking in for visits in between visiting hours and reading endless books.

Or perhaps it was simply because I looked at this situation as an opportunity.

The next time you suffer, look at what it can bring to you. And don’t forget its okay to cry but the next day you must smile.

Eric and I spent the next two months in our tiny apartment outside of town. With Eric unable to walk, and me unable to leave him, we spent our days talking about our beautiful future and how lucky we are to have made it through the last few weeks with the help of each other.

Our neighbors, friends and family were always sending food, visiting and keeping us in their thoughts. Eric’s condition is improving and soon he will be running, dancing and living life to the fullest as he once did.

It wasn’t always easy to find the peace but with positive energy surrounding us we continued to move closer and closer to a place of contentment and acceptance of what had happened. While others are still out there going through terrible times I ask you to keep them in your thoughts and send them energy. I believe together we can help each other heal. 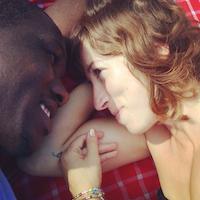