An Attitude Shift we all Need. This is an excerpt from Designing Sustainability: Making radical changes in a material world.

Inequality, immorality and injustice in today’s world are only too prevalent and plain to see.

Enormous wealth exists alongside debilitating poverty and, invidiously, the poor and the least able are often blamed and vilified by the wealthy for their neediness.

Going hand in hand with these gross disparities is rampant environmental destruction which, in the stripping of the earth’s substance, often makes the wealthy wealthier while simultaneously intensifying the deprivations of the most disadvantaged. The engine for this, which has made contemporary societies so voracious in their procurement of natural materials, is consumerism—this is the prime mover for the creation and concentration of wealth.

It is this system, therefore, that has to change.

To do this, we will need something to put in the place of consumerism. Hence, we will need to develop an outlook that finds fulfilment in things other than the accoutrements of convenience and status.

Fortunately, there are precedents from which we might learn, both philosophical and spiritual—traditionally the spiritual path has been manifested via religion; now marginalized in many developed countries. Yet, it was a path that generally shunned material wealth and luxury because they were seen as obstacles to inner development.

Today, in a period of postmodernity, we must find a similar inner path, but one more suited to our globalized, multicultural times—a path informed by one’s own culturally-rooted tradition but generous and cooperative enough to recognize the spiritual truths, inner values and ethical teachings of all the great traditions, including atheist and humanist forms of inner development.

Furthermore, in acknowledging and learning from other ways of encountering the world—ways that are potentially more benign, just and meaningful—we must apprehend the entrenched and often debilitating characteristics of our own conventions and cultural norms.

Today, in our insatiable pursuit of knowledge, we tend to view the world through a specialized and therefore confined frame. Within this frame, our individualized rationalizations gain an atomized logic but such knowledge, derived from a restricted perspective, binds us to mundane minutiae and in doing so prevents us from gaining a more holistic view and from appreciating the wider ramifications of our decision-making. Hence, these narrow, discipline-specific viewpoints tend to inhibit a more meaningful joined up understanding of our world and ourselves.

This seeking after and continual advancement of mundane knowledge, which has become the primary preoccupation of our universities, is a function of the modern mind.

Prior to modernity, the acquisition of knowledge and engagement in argument were seen as lesser occupations to the pursuit of spiritual advancement, charitable love, and wisdom. “Knowledge without love does not edify,” recalls the 14th century English mystic Richard Rolle. Such teachings offer a quite different way of looking at the world from our own. As such, they provide a useful counterpoint to contemporary preoccupations and show us that a powerful alternative to consumption is at least possible.

It is an alternative that has, over generations, offered a path to individual fulfilment and meaning while concurrently advocating charitable love and compassion towards others, particularly society’s neediest. So it would seem not unreasonable to pause in our endeavours and consider these other ways of looking at the world and what we might learn from them in developing more healthy, more sustainable and more meaningful ways forward, particularly as it is the modern rather than the pre-modern perspective that is associated with unprecedented scales of environmental devastation, social disparity, overpopulation, and disenchantment.

These earlier teachings advised of the dangers of yielding to base pleasures and desires, and that love of worldly things distanced us from spiritual advancement.

In stark contrast, worldly luxury is, today, constantly promoted as the ultimate goal because “we deserve it” and unbridled curiosity is seen as a good thing, not least because it can spur innovation, technological advancement and profits.

But traditionally, the acquisition of knowledge was seen as a potential source of individual pride and puffery and such worldly things were regarded as obstacles to the spiritual path and the pursuit of wisdom, which were considered the source of goodness, virtue and individual happiness.

It would seem, therefore, that to come to grips with the project of sustainability we have to move towards a way of looking at and understanding the world that is more holistic, where perspectives and conventional specialties become more interconnected, interdependent, and transcategorical.

Such an outlook is antithetical to the main principles of modernity, which tended to separate, disconnect, and invariably narrow our field of vision. Yet, the influence of modernity still dominates the economically developed countries, despite inroads associated with postmodernity, and it offers a powerful precedent to the economically emerging nations.

Consequently, the pursuit of sustainability behooves us to consider:

>>> notions of meaning-seeking beyond our own, including the world’s great philosophical and religious traditions;
>>> practical needs and wants within a larger notion of personhood;
>>> notions of social justice beyond an ethics of compliance but contextualized within a panorama that includes universal, spiritually reifying understandings of empathy, compassion, and neighbourly love;
>>> the effects of damage and destruction on the natural world;
>>> the effects of human-made environmental abuse and degradation on others and on our own individual sense of spiritual wellbeing and inner peace. 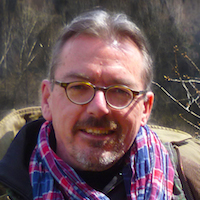