Here’s to A New Year Full of the Good Kind of Crazy. 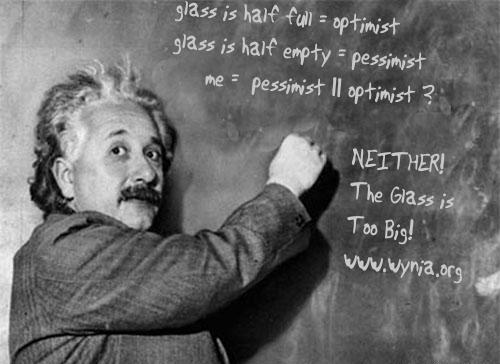 I wanted to post something going into the New Year, something short and focused on a single relevant and meaningful theme, something to reflect an as-yet wordless feeling inside me that wanted to come out.

Nothing saccharine or sentimental; rather, something with a bit of bite, an irregular edge. So, I began to wait for something to appear.

Sometimes, when I’m in this receptive phase of composing, something from outside will appear, something that someone else has said or written, and it fills me with, “Yes, that’s it.” I figure I don’t always have to come up with the goods; as long as I can attract and appreciate the thing I would otherwise write.

I like finding things that strike me as being profound, in unexpected places.

And so it came to pass that I found two pieces of art from pop culture which fully satisfied my inner longing to offer a heartfelt blessing for the New Year.

The first is from the series finale of the television show The Newsroom, written by Aaron Sorkin of West Wing fame. The series chronicles the behind-the-scenes events at the fictional Atlantis Cable News (ACN) channel. It features an ensemble cast including Jeff Daniels as anchor Will McAvoy, who, together with his staff, sets out to put on a news show “in the face of corporate and commercial obstacles and their own personal entanglements”. Other cast members include Emily Mortimer and Sam Waterston. In this final episode, news anchor Will McAvoy eulogizes ACN president Charlie Skinner, played by Sam Waterston.

It’s a spontaneous moment, one that touched me in its brevity and power. I wanted to say something like this.

Daniels says, “Charlie was crazy. He identified with Don Quixote, an old man with dementia who thought he could save the world from an epidemic of incivility, simply by acting like a knight. His religion was decency, and he spent a lifetime fighting its enemies. This fight is just beginning, because he taught the rest of us to be crazy, too.”

Unless you live under a large rock in the Amazonian rain forest, you’ll agree that our country, and the world, is suffering from an epidemic of incivility, justified by everything from corporate greed to religion to patriotism to sheer ignorance. What to do?

This little speech reminded me of the second piece of pop culture art, one with a similar message about how we can work to disarm the soldiers of incivility. Its a 1997 Apple Computer, Inc. television and print commercial, called “Here’s to the Crazy Ones.”

The young girl is Shaan Sahota.

“Here’s to the crazy ones.

The misfits. The rebels. The troublemakers.

The round pegs in the square holes.

The ones who see things differently. They’re not fond of rules. And they have no respect for the status quo. You can quote them, disagree with them, glorify or vilify them.

About the only thing you can’t do is ignore them. Because they change things. They invent. They imagine. They heal. They explore. They create. They inspire. They push the human race forward.

Maybe they have to be crazy.

How else can you stare at an empty canvas and see a work of art? Or sit in silence and hear a song that’s never been written? Or gaze at a red planet and see a laboratory on wheels?

While some see them as the crazy ones, we see genius. Because the people who are crazy enough to think they can change the world, are the ones who do.” ∼ Steve Jobs

Yes, this is what I wanted to say: there are two kinds of crazy people in the world.

The other kind of crazy is the good-crazy, the kinds of people who see art in emptiness, song in silence, healing in love, innovation in creativity, generosity in empathy. Don Quixote kind of crazy. Knights of civility and decency. I wanted to speak for this kind of crazy, but Aaron Sorkin and the ad agency that created the Apple commercial said it better than me.