Learning The True Meaning of, “It is What it Is.” 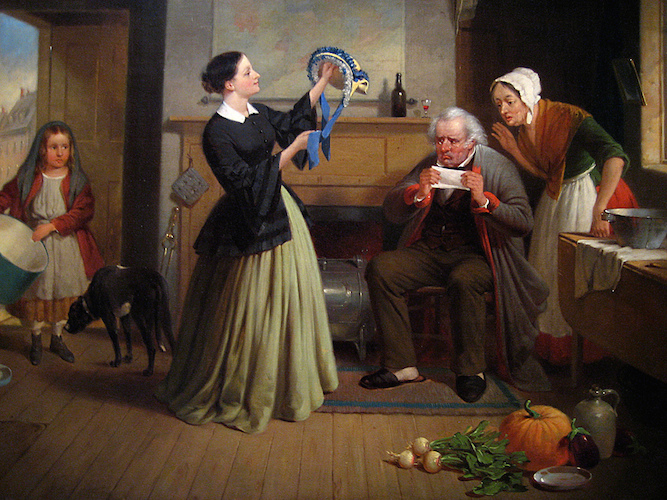 It’s often said that when it rains it pours.

No more was that more apparent to me then two weeks ago: I was less than a week away from the due date of my second child and feeling worse for wear when a phone call came from my father.

As I have shared previously, my father has Stage 4 lung cancer, which he has been battling for over three years. A proud man whom I equally love and dislike, he usually only calls when something bad has happened or if he needs a favor.

This time was no exception. His oncologist discovered a new tumor in his neck, and it required immediate radiation lest it spread to his brain and, in his words, he’d “be toast.”  As usual, he was straight to the point: could I come up and take him to his scheduled treatment?

In the past this would not have been a problem, but I couldn’t do so right now. As I explained, not only was I was now full-term but unlike my previous pregnancy which had gone without a hitch, I was having a number of complications with this one: gestational diabetes, severe hip pain, and the overall physical feeling that I’d been run over by a truck.

Therefore, I asked, was there anyone one of his many friends who could take him, and I could come up with the new bundle in tow in three or four weeks? (I was trying to put as positive spin as I could on delaying the visit.)

While I didn’t expect him to be happy by this, his reaction was nonetheless unexpected. He was mad. Very mad to put it lightly.

He launched into a tirade about many things but the overall theme was how he could never count on me and what a disappointment I was.

It didn’t end there either. A few days later, I received a five page, handwritten letter basically continuing what he had started on the phone. Amongst the most hurtful things was the statement, “You turned out to be mediocre beyond my wildest dreams” and a closing declaration that my mother, whom he is divorced from, warned him that I was a “self-centered, sneaky person who was incapable of caring about anyone other than [myself].”

Needless to say, the entire episode left me feeling hurt, shaken and extremely frustrated. There was also an element of disbelief that at nearly 40 years old, I was still failing to live up to his expectations.

Despite the reassurances by others that I had done nothing wrong and even had medical orders not to travel up there, I felt I had let my father down and part, or all, of what he accused me of was true.

I also couldn’t just ignore his words and shrug off his ramblings. I repeated a quote that a friend of mine shared when she finally found the courage to leave an abusive relationship: I’m so glad my self-worth is no longer dependent on your opinion of me.

Still, repeating those words didn’t help. I did care what he thought and it hurt like hell.

To top things off, the day after I received that letter, I gave birth to my son. As joyful as I was over his safe arrival, I couldn’t help but think of my dad and our strained relationship. The holiday season with its emphasis on family togetherness wasn’t helping it either.

However, the day after my son arrived and I sat on the couch for a round of breastfeeding, the phrase, “It is what it is” popped into my head.

Now, usually I hate that expression. I tend to associate it with surly teens and hipsters. Often it is said in a patronizing way by others.

However, I was hearing it in my head in an utterly different way: my situation, like that of many, is a mixture of a lot good, bad and indifferent.

While my relationship with my children is continuing to grow every day and hopefully, will one day be one of great love and closeness, the relationship I have with my father pretty much is what it is.

For a brief time after the cancer diagnosis, I hoped we could grow close and even offered him to come and live with us.

However, that didn’t happen. My father was still the same person, the same complex man I equally loved and loathed, and the only thing that had changed is that he now had a terminal illness.

As he once put it, having an illness like cancer does not make one a better person nor does it fundamentally change who they are.

While I will always love my father and I still continue to be amazed at his toughness and tenacity, it doesn’t change that until his dying breath, he will probably remain critical of me, and I will never be able to please him no matter what I do.

We probably both wish things were different between us, but the reality is what it is.

I do intend to see him as soon as I can. I will always love him in my own way, but there are also limits as to what I can handle especially when it comes to the never-ending criticism and put downs.

Therefore, I have adopted a new mantra, one that is very well-known to those familiar with Alcoholics Anonymous:

Grant me the serenity to accept the things I cannot change,

The courage to change the things I can,

And the wisdom to know the difference.

I hope my father can do the same.