My Dear Friend, the Dirty. 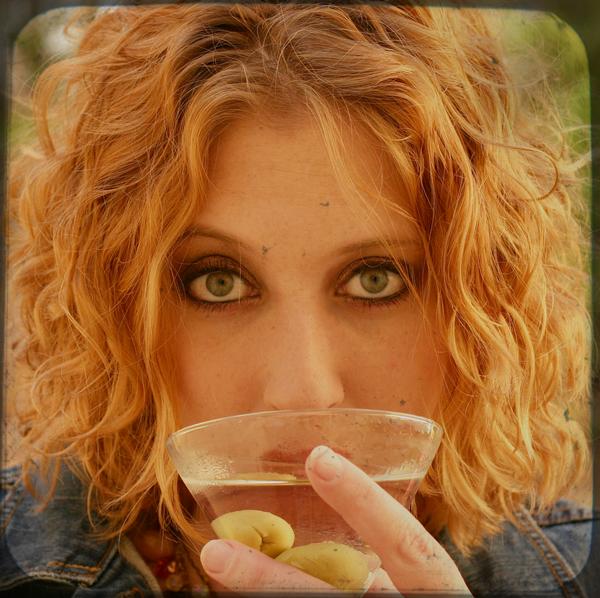 “Alcohol is like love. The first kiss is magic, the second is intimate, the third is routine. After that you take the girl’s clothes off.” ~ Raymond Chandler

The bliss in that first taste, somewhere every night between 6:30 and 7:00, soothes my soul.

It’s four ounces of Ketel One vodka, with a half a shot, give or take, of brine. Not the nasty liquid that comes out of an olive jar, but twice filtered brine from premium olives. This subtle saltiness takes the bite of the vodka down just a notch to pleasurable, an inviting clean crispness that both sterilizes my insides and satisfies the palette like nothing else. This drink and the art in making it is what symbolize the end of an arduous day, or not so arduous, a ritual nonetheless.

It’s a beautiful thing, the vodka martini. Even the word vod-ka sounds terribly exotic, provocative, so undeniably Russian. I sometimes imagine I’m wearing a sable hat, deeply rich in color standing amid the tundra, my breath streaming before me in smoky condensation while I set my implements about—the cocktail shaker, ice, olives, pick, the 1.75-liter bottle that takes the support of my two hands to pour it.

Drinking dirty martinis, gradually so clean one can no longer detect the color of the brine, thereby making it “dirty,” stemmed from a stretch of nearly unbearable time, when I had been writing for seven years without any validation, an ounce of fruition.

I’d bleed all day long over the page, feel isolated long having abandoned my former corporate career, determined to make something of myself writing. My dear friend, the dirty, a form of self-medication, eventually provided a crutch, the reward; the delightful anesthesia that numbed the anxiety, of feeling like a failure, the taking of a wrong turn.

“I have taken more out of alcohol than alcohol has taken out of me.” ~ Winston Churchill

The thing, too, that’s commendable about drinking the dirty is it gets you to where you’re going. Fast. And instead of looking like a thirsty drunk, you can do the deed looking poised like Holly Golightly, long stem glass high in hand, three beautiful olives appearing larger than life through the lovely condensation forming from the rim down where you’ve already sipped away.

I am a seasoned, one per night, quite functional vod-ka martini drinker. To some that may not sound bad, but I know what my physician would say and I’m staying clear of her examining room.

The margin, however, between quite functional and fully functional is a subject to be questioned. Certainly the gain is to be numbed from pain, some sort of intolerance for various fragments of life, the daily grind. The loss, in the slightest incremental stages that’s widening the margin, is found in a loose tongue and the voracious appetite that follows in the martini’s wake; the inability to read before bed, remember little things in the morning.

The loss, the slippery slope, is outweighing the gain. It’s evidenced in my ever-expanding girth and my two arms, which now resemble loaves of bread. For the dirty, the escape it brings, frees me to consume a serving of chicken parm that could feed three sumo wrestlers. Sugar and salt begets more sugar and salt. And naturally, chicken parm tastes best when complemented by a robust red wine—two glasses worth.

Nope. With an overstuffed and bulging belly, maybe a shot of Remy Martin in a handsome snifter comes afterward. I’ve had a love affair with food all my life, mostly well managed through staying fit through athleticism, but throw in this alcohol consumption at my age, the vod-ka, which I must relate to igniting the fire, the catalyst to consume more, may possibly and eventually be the end of me.

Obituary: “Obese essayist dies of ever-consuming consumption: she drank and ate herself to death, despite what she’s thinks, not so artfully.”

Shakti Gawain, a new age author, whose methods of creative visualization I studied and practiced like a junky when I began writing says of validation: “When we consistently suppress and distrust our intuitive knowingness, looking instead for authority, validation, and approval from others, we give our personal power away.”

I’m wired differently, tethered to the physical. I do not trust my intuition, I don’t even think I have any. I need validation to keep on. During the time when no validation was coming, what seemed like an eternity, I delved into taking in cute and furry foster animals that needed shelter and care until a person of well intention adopted them. The vod-ka soothed my nerves, caring for the animals gave meaning to my life. I’d be hard pressed to count the number of lagomorphs and little whiskered fur balls that have moved through our home. Validation is crucial to my existence.

“Alcohol is the anesthesia by which we endure the operation of life.” ~ George Bernard Shaw

There’s a change blowing in the proverbial wind, there has to be, meaning there’s no need to anesthetize myself to endure the operation of life. I’m quitting the vod-ka, the dirty, my dear friend, although I’m on the third bottle beyond the one that was to be my last. I’m gearing up, you see.

Why, might you ask, am I “suddenly” willing to give up my dearest friend, the dirty? The beautiful thing that took me away from reality; the overwhelming nature of facing the endless number of untethered days ahead of me?

Because this past June my essay “The Subversive Writer” was published in Shark Reef Literary Magazine. There’s the validation, all that I’ve been striving for. No more crutch needed. Getting published, I find, tastes as clean and pleasing to the palette as the vod-ka. And, by God, it’s healthier!

The essence of getting published may lead to an enlarged ego, a continued hunger for being a part of the writer’s world, but it doesn’t decimate my liver or brain cells, numb my world and leave my head swimming in the morning.

And the published essay is not an isolated incident, a hard stop, there’s a whole pipeline of ‘em, ultimately “a collection.” It is the dawning of my existence. I have another essay ready to be sent out, reading periods begin this month. I’m also working on crafting another essay with Suzanne Kingsbury, my writing coach and editor, who validated my existence long before I was born and frightfully knows me better than myself.

We have a lot of things in common Suzanne and I, except outside of writing, she’s not obsessed with the dirty—she’s obsessed with yoga.

Yoga sounds so wholesome, doesn’t it? 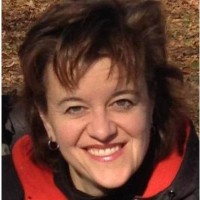