The Day My City Broke in Half. {Poem} 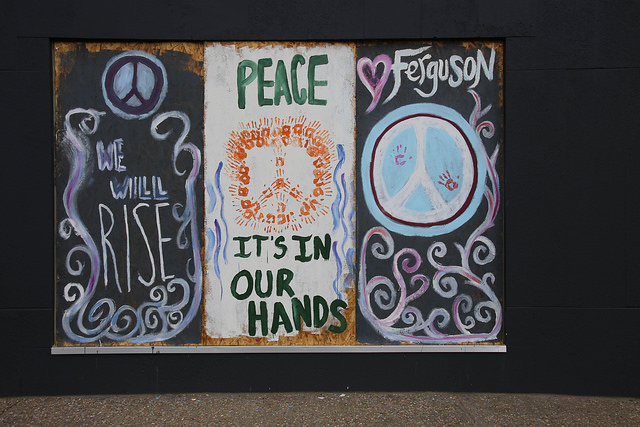 No matter what you may have heard, St. Louis has never been a place where I have feared to walk around.

It has wonderful, eclectic neighborhoods, each with their own vibe. Known as an excellent place for entrepeneurs, St Louis is a hub for independent stores and restaurants. In fact, the food here is amazing—so much more than toasted ravioli and wafer-thin pizza crust.

Have I mentioned art? St Louis has some of the best bands, best artists, and best venues for just about anything “artistic.”

Split in half by underlying tensions that were ripped to the surface the night that Mike Brown was shot and killed. There are so many versions of the story, it’s hard to decipher what actually occurred between Brown and officer Darren Wilson.

Here’s what my heart has to say:

heroes and demons laying in the wake of a mass revolt
wrong and right shouted pointedly
…but who really knows
this has little to do with black and white
but more about the quality of grey we make together
actions without integrity
and words hurdled through the air
disguising the truth with fury
too difficult to say “i understand”
so instead, we complicate, layer by layer
until everyone, and no one, forgets
brutality at the hands of the trusted
reporters turning lives into reality tv with a sweep of their ratings
ignorant fingers shaking blame, taking the place of arms holding each other up
this is my world
…this is not my world
i am ashamed…
of the brutality
of the violence
of the ignorance
of the i’m right/you’re wrong, us vs. them mentality
that has broken the back of the one world human race
dying under the tears of the once defeated
a lonely voice calls
i will come
will you?

You may wonder what side I take. It’s the side of fairness and peace.

Time to drop the blame and listen. Offer solutions, a helping hand, and hugs. We are all in this together. 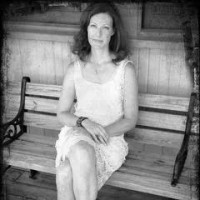