The Lasting Impression of a Public Shaming. 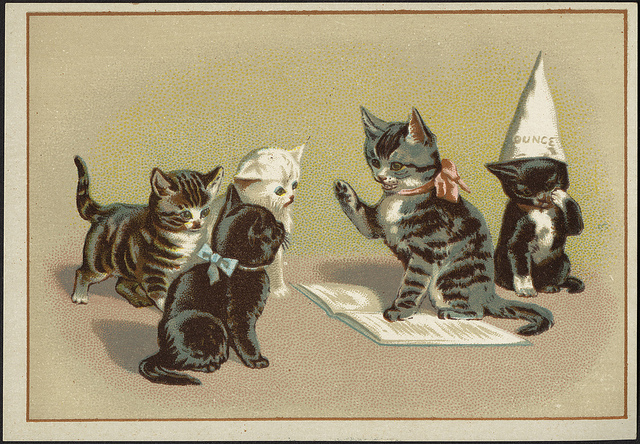 My recent work on Maitri has pointed me towards the shame and pain of my past—in order to heal it.

“Write what you know.” ~ Mark Twain

Here’s where it all started.

It was 1982 in Jacksonville, Florida. My first day in 4th Grade at Beauclerc Elementary School instilled in me a sense of terror and dread that I carry to this day.

We had just moved to Florida and I was The New Kid, a strange outlander from Maine, of all places. (“Do y’all have snow up there all the time? Do y’all live in igloos?”) It was difficult being recently removed from my friends and everything familiar from my life in Brunswick, but I would find a few friends in short order.

But, I will never fully recover from the horror that was Ms. Jelks.

Ms. Jelks was morbidly obese and ebony, with shimmering curls hanging into her eyes. I can still see her, sitting on her desk, cross-legged and leaning slightly to the right, as if she was so exhausted she wanted to lie on the desk, but couldn’t get her legs up all the way.

The next year, when The Empire Strikes Back came out, I saw Jabba the Hut on the screen and immediately thought of her.

Her personality wasn’t much better.

She didn’t waste any time establishing the lay of the land.

Not long after the bell rang, on my first morning in my new school in my new hometown, my new teacher was informing her class,

“Now class, you done heard that Headmaster Blah-blah’s paddlin’ arm been broke, but I’m here to tell you that his arm done been healed over the summer, an’ that paddlin’ arm is ready to go!”

She paused for a second, and then repeated, “Ready to go!” as if any of us really needed a reminder. As a 10-year-old from a progressive Yankee enclave, I had never heard of anything as draconian as corporal punishment in school, and the idea of a fully-healed and ready to go paddlin’ arm made my butt-cheeks clench.

Memory lies, and memory moves the goal posts around, so I’m not sure if this occured on my first day, or later. It definitely feels like it was the first day. It was at least my first week. At any rate, the math equation on the board was 9 x 8. I was called forth to solve it—I stood before the board in terror.

I stood there, in mortified silence, hearing the snickers of the class growing louder and louder. I stood there, trembling and trying desperately not to cry, feeling the raging disapproval in Ms. Jelk’s icy gaze.

I wasn’t a dumb kid, but I was perhaps a bit slow with math (a safe bet, since I failed pre-algebra twice in high school) and I just couldn’t get 9 x 8 on a dime.

The seconds seemed like years in my head, and the snickers grew into a full-on William Tell Overture of laughs, cat-calls and withering scorn.

Eventually Ms. Jelks put me out of my misery. Did she kindly help me out? Did she offer a hint, pat me on the shoulder and applaud me for trying? Nah.

I slinked back to my seat, feeling the tears at least welling up. I don’t know if I actually let loose with a gusher, but it felt like I did. Needless to say, I can answer 9 x 8 on a dime to this day (with a shudder), even if I may not be sure why one gets 72 from 9 x 8. But why bother with such piddly details as process and meaning?

My first day and week, and Ms. Jelks had broken my confidence and left me a shell-shocked wreck, paranoid of getting paddled for my next incorrect answer and even more paranoid waiting for my next public humiliation.

My spiritual de-pantsing would continue with great speed over the next four years, but this incident was the epicenter. My new life in Florida was off and running!

It has been thirty-two years since this awful experience. With the perspective of time and age, I can now look back and see clearly what a flashpoint moment this became on my path of despair and recovery. I see how the fear of embarrassment became one of the most defining traits of my life.

I can see how my HSP (Highly Sensitive Person) came to dominate my reactions to these situations, plunging me into shame spirals with seemingly no end. And I can see how my sense of self was shattered, causing me to see myself as damaged goods for years to come.

I see how this and many other incidents at this time made me rely on myself for healing.

One doesn’t notice these things until much later, but going through this trauma ultimately lead me to become extremely self-protective, constantly trying to change, do better, become whole again.

I’ve been gut-checking myself for thirty years now—therapy and self-help—and I realize now that all of these efforts are to protect my 10-year-old self. I’ve been looking after him ever since, and that will never change.

I have realized this is Maitri. And, much to my surprise, it’s been inside of me all along.