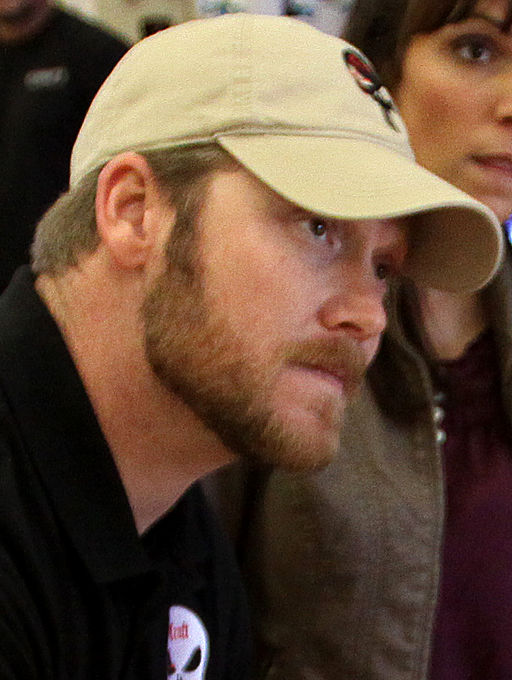 Eleditor’s note: Elephant is a diverse community of fourteen million readers and hundreds of writers (you can write too!). We are reader-created. Many blogs here are experience, opinion, and not fact or The One Right Point of View. We welcome all points of view, especially when offered with more sources and less invective, more frankness and less PR. Dislike this Op-Ed or opinion? Share your own take here.

With 160 credited killings, Chris Kyle, a former Navy Seal was confirmed as the deadliest killer in the history of America’s military.

He went on four tours to Iraq during 2003-2009 while his wife Taya Kyle raised their two children back at home.

The 2012 book American Sniper is a memoir based on the events that happened in his private life and also recounts his journey from being a rodeo cowboy to a highly trained sniper for the military.

It has sold over a million copies.

A controversial movie depicting Kyle’s story has just been released at the cinema and was a box office hit taking $85 million on the opening weekend, breaking previous records.

Dan Fellma, head of domestic distribution at Warner Bros said, “The movie has become a cultural phenomenon,” he added “It tore apart the record book and not by a little. By an enormous amount.”

The movie has also been nominated for six Oscars.

As responses to the movie flooded social media sites, it is very clear that it has had and will continue to have a huge impact on our perception of what goes on in the mind of a Navy seal.  There is added controversy due to the way that the people of Iraq were depicted throughout the movie and also the terms that were used to describe them.

The movie has also been criticised for ironically showcasing on the Martin Luther King Jr. holiday weekend—a time intended for reflections to be on peace and non-violence.

I struggled a little with writing this article. Mainly due to the fact that there are so many underlying issues and points that could be raised, it quickly became clear that there was a lot more going on behind the scenes than would be possible for me to explain in one article.

I have my own opinions on war.

I have my opinions on the government and their reasons for going to war.

I have my own opinions on those who serve their country—and these opinions differ dramatically from my opinion on war.

I have opinions on those who kill.

And I also have opinions on those who defend what they believe to be right.

I have opinions on media–what sides of the story are being exposed and what sides are being hidden.

I have an opinion on truth and the validity in what someone says—I don’t believe everything I see, read or hear.

I also have an opinion on people’s reasons for exposing the truth and what happens to them after they have exposed it.

And within each opinion, I have a hundred and one variables that sway each opinion. I am aware of the bigger picture and I am also aware that behind each point lies a thousand other points.

But behind everything—all the politics, the killings, the suffering, the injustice—there was a man who lived a life fully convinced and 100 percent determined that what he was doing was right.

Despite all that could be said for the amount of people he killed and the government’s reasoning for putting him in this position, Chris Kyle’s belief was that he was fighting the good fight, protecting his colleagues, his beliefs and most of all his country.

Chris Kyle’s reasons for exposing what happened during his career as a sniper for the American military were that he wanted to highlight the people who fought at the front line if every war.

Kyle freely admits that it is not usually the done thing to talk about what goes on behind the scenes in a highly sensitive position as a sniper for the military. He wanted to speak out, not just for himself, but for all the other military personnel who sacrifice huge parts of what was important to them, their family, friends, relationships, a stable home life, their health and sadly sometimes the biggest sacrifice of all, their life.

Not only did he bring to our attention a glimpse into parts of reality within a war zone, he also raised awareness of the affects of Post-Traumatic Stress Disorder that so many veterans suffer from.

The book and movie offer a chilling insight into the struggles that haunt the brave women and men that stand up every day to put themselves at risk in order to protect their country.

Arguments have been raised as to whether Chris Kyle had any remorse at all for the amount of killings he was responsible for. This was a man who had children, a wife, a good family and friends.

We want to believe that, of course, he must have experienced emotional reactions that triggered something within him when he took the lives of other human beings.

Kyle is regularly shown during the movie as struggling over the decision to fire and showing emotions representative of regret, however, he admitted to D Magazine, “I regret the people I couldn’t kill before they got to my boys.” Chris Kyle also admitted that the real number count he wished was recognised was the number of people he saved, saying “That’s the number I’d care about.”

The fact that a man can apparently experience little remorse for taking a life is something that a lot of people fail to understand.

I believe that Chris Kyle was a man that was doing his job and, no matter what some may think, he did it well.

He not only did it well due to his aim, his timing, his accuracy and his judgement—he did it well because he was able to take on the role that he was chosen to perform, one that he fully believed to be right, and he did it with conviction. A conviction that was not a desire to kill—it was a desire to protect. When it came down to it, Chris Kyle believed that his country was in danger.

I have previously carried out intensive studies and completed vast amounts of research into the war in Iraq in 2003 as part of my sociology studies. There are millions of sides to war that can be told from each and every person that has been affected by it.

This article is not to further glorify Chris Kyle as a hero or to condemn him, it is to pay respect to a man who, ultimately, was a professional who was simply good at his job, and he would do it even if it meant sacrificing his own life.

Which very sadly, all be it, through a twisted course of events, it eventually did.

Chris Kyle was shot on February second 2013 at a Texas gun range along with a friend Chad Littlefield. They were allegedly murdered by Iraq war veteran Eddie Ray Routh.

The case begins trial next month.