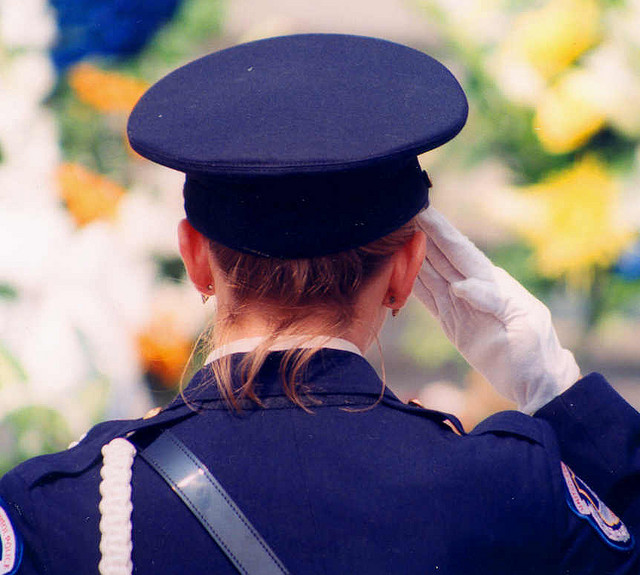 Native Americans, Mexicans, Puerto Ricans, Filipinos and Vietnamese all became a part of the American nation first as colonized peoples. African-Americans first came as property. There are long standing customs reinforcing the domination of marginalized groups, a comfort with bullying and violence, a willingness to apply legal double standards.

While America has done well at integrating many minorities, there is still an imperial mindset that pervades interactions with others. It is a mindset on full display with the police.

Every society must somehow enforce its laws. It has become customary in larger developed societies to delegate this work to a special class of police officers. But police work can be dangerous and traumatizing, for it involves a constant interface between the realms of order and chaos. Police are exposed to a criminality and violence most of us do not want to see. The personal dispositions they develop are often a result of these experiences.

While there are many more dangerous jobs, America is an unusually dangerous place to be a police officer.

The American murder rate is astonishingly on a par with corrupt states like Cambodia, North Korea, Afghanistan, Iran, Yemen and Ukraine. America has some of the most permissive gun laws in the world. This explains both why so many citizens kill one another and why so many police kill citizens. If there are a lot of people with guns, to feel safe, police are likely to be quicker to shoot.

Americans have unusually high expectations of safety. It is part of the reason so many demand the right to arm themselves and why police insist on, and jurors let them get away with, shooting to kill. These same expectations of safety are pervasive in building codes and the way parents raise their children. This need to make everything safe may be a compensation for a health care system and social welfare state that fail to protect. We worry about safety because the American political system leaves us existentially insecure.

But one man’s safety is often another’s danger.

And this fact is poignant in cases of gun violence. Whereas we have statistical verification that guns in the home are highly correlated with gun related deaths, we do not actually know how many police homicides occur annually. Since these numbers are compiled by district police forces and not all of them report their killings to national databases, we simply lack the data.

Many people have begun to talk of America being a police state. It is a known and verifiable fact that America’s police are becoming increasingly militarized, as measured by their use of military tactics and equipment. But it is not altogether clear this has resulted in a higher percentage of police killings. The all-pervasive presence of cameras on phones and buildings may have simply brought into the public eye a festering problem for African-Americans.

Police have long maintained different standards of conduct for Caucasians and people of color. But now we see the results in videos that would have been difficult to produce and unlikely to spread but a decade ago.

The time is ripe to bring these abuses into the open, whether they are growing or our expectations of respect have simply increased. The problem of dominant groups attacking minorities, and African-Americans in particular, is a long standing American social dilemma, in many ways America’s core social malady.

American police all too often play enforcer to an inner empire. They represent order to the chaos of marginalized minorities. But the laws they enforce, in particular the drug laws, have increasingly come to appear meaningless and hence represent their own flavor of disorder.

Police work has come to appear to an ever larger percentage of the population its own sort of random violence. If cops often appear piggish it may be because they do not have a place in the social order. Somehow, they must weave themselves back into the social fabric. But doing so will require a new respect for the communities they police, and this will require a recognition of what they have been doing wrong all along.