Her: Finding the Light of Women After Decades of Living Straight. 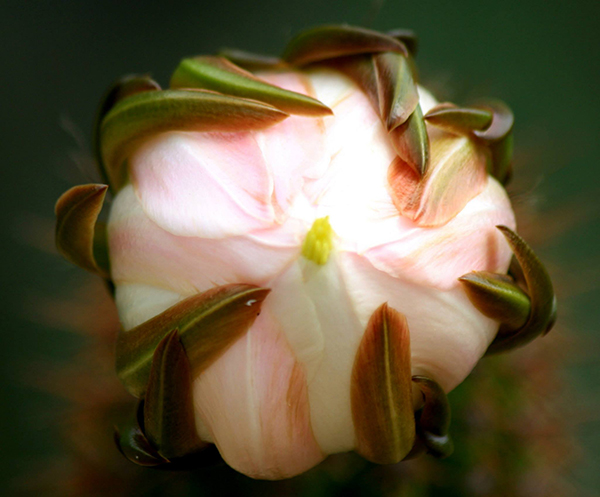 I’d been content with my seemingly straight ways for a solid 27 years. I’d dated, slept with and fallen for men. All shapes, sizes, colors, nationalities and types of men.

All of these men had one unshakable thing in common:

I could never feel completely comfortable around them.

There is an invisible barrier that has trapped my true, ridiculous and silly nature from interactions with straight men—especially those I’ve felt attraction to. Even in the midst of a relationship, I could never allow myself to be fully and unforgivingly real.

I got really good at lying to myself.

I became an expert at convincing myself that I was fully at peace and comfortable interacting with a male friend or partner sitting next to me. It was later that I would be interacting with friends of the female persuasion. Only then I would catch myself red-handed in the lie I had told myself earlier—This.This is my most relaxed and open self.

I’ve pondered the various reasons for this and talked to female friends who prefer to be with other women. Often, as in my own case, there was a seed of distrust planted at a young age. My distrust began with child molestation. For others, it began with rape. Yet for others, it began with and is propelled by the constant influx of catcalls, eye bangs, objectification, sexual harassment and an instinctual fear of walking down a dark street alone at night.

This is what women face—every single day.

I have met compassionate, conscious and loving men and I am grateful for their presence. Yet despite this, there has been and still is a thick glass wall that guards my wide-open soul.

So as I began my own process of spiritual discovery, self awareness and soul awakening, I began to think that my uncomfortableness around men was something that I should work out—that it was something of a character flaw that I needed to overcome. To some extent this is true. Overcoming fears and breaking down my own barriers are on my permanent to-do list. However, it turns out that my own sexual awakening and worship of the divine within myself has nothing to do with my relationship to men.

It has everything to do with women.

The first girl I was attracted to worked at the same place as me. We had a lot of down-time and this made for an easy seven hour shift of bullshitting together. It took a while for me to catch up with my own longing. I found my eyes lingering on her lips, and endlessly enjoyed watching her talk. I wondered what it would be like to kiss her, right there in the lobby of our workplace, what it would be like if she pushed me against the desk.

I relished in her energy as she spoke very close to me.

After our time as co-workers ended, I didn’t think much about it and continued on the straight path of uncomfortable self-containment for quite some time.

I considered it a fluke. A phase. She was just…something special.

But as the next couple of years passed I began catching myself noticing women more and more. Not just noticing them, but noticing them. I wondered what their hair smelled like, or what their lips would feel like on mine. I wondered how they interacted with their partner and if they liked to make love in the morning.

Okay, so I like women. But this didn’t come without major resistance and denial on my own part.

A couple of years ago there was a visiting traveller at the intentional community where I lived. She stayed with us for two weeks. We bonded quickly as a natural friendship blossomed. I noticed an un-distracting attraction to her and thought little of it, because I always reminded myself that she was a girl. I reminded myself that it just couldn’t and wasn’t going to be like that. I was convinced that somehow this attraction was an illusion, because when it came down to it, I needed a man and could never connect intimately with a woman.

But where were these ideas coming from? Why was I so resistant?

Society and an upbringing in a small, white, conservative town no doubt played a big role in my stuckness. After twenty-some years of driving down the same path, it was hard to turn onto a different route.

Very recently I saw this friend again, but by now my heart has begun opening, my habit energies are being caught with their pants down, and my preference for woman seems to me a budding flower in my personal evolution. I have no resistance or qualms. I have no fights left to give. My fancy for her is palpable and undeniable.

My longing for women is, for my soul, something natural, beautiful and sacred.

But, how to navigate the untraveled road?

I’ve found myself caught up in the identity game. I feel an urgent need to label or identify myself in some way regarding my own sexuality. I sense a great divide between myself and the queer community, as though this new part of me will never be fully accepted on their level. I confided in a close friend about my concerns, as someone who came out at a young age. I covet her beautiful response:

“Identities only have as much weight as we give them. I think the important thing will be to not let anyone else tell you what your identity means (as in, don’t let anyone tell you what straight, queer, human is—you decide that for you) and to understand that identities shift and change, just like anything else in life.”

Her words will be my light as I walk new roads of love and awakening. 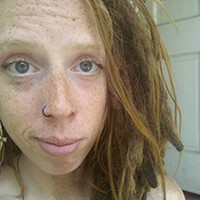