Learning to Harness Vulnerability in a Powerful Way. This is for the feelers out there—the heart-led, boundary-less empaths, the indigo children, the soul seekers.

Those who have access to all emotions without needing to have experienced situations themselves.

Those constantly outraged by injustice, distraught that no one around them seems to understand or feel the same. This is for those who have a desire to serve the voiceless, powerless, suffering, be it humans, animals or the earth, because we feel their pain, even through a TV.

Those who feel hurt, by the world, all the time and are subsequently told they are too deep, too sensitive or think too much.

This is for those who read or watched Brene Brown’s The Art of Vulnerability and laughed, because vulnerability has been their reality since their Mumma gave birth to them. Those who feel like they sometimes vomit vulnerability onto the world around them, for no other reason than they can’t seem to control it. Those whose issue with vulnerability is different to most; they are a little too good at it.

My life goes a little bit like this: when someone cries, I cry. When I see suffering, I suffer. I can’t watch certain films because I know the pain they create will take days to get over. I tend to find sadness more comfortable than happiness, but I can’t explain why. In conversations I see right through the bullsh*t and cut to the core of each person I meet. I seek to feel their deepest fears and triumphs alongside them, in a beautiful recognition of shared humanity. I’m a master connector, to all life. Connecting to other humans, animals, the earth feels like breathing to me.

I’d like to share a couple of extremely hard won lessons, which I learnt on the path to becoming. My goal is to be powerful and strong, vulnerable and connected, able to serve others as best I can. As I work towards that goal, I am learning much along the way.

I learnt to stop apologising for who I was.

The hardest lesson I had to learn was to stop apologising for who I was, both consciously and subconsciously. There is no power in apologising for who we are. Whenever I sense myself doing this, I like to think of the line in Max Ehrmann’s Desiderata: “You are a child of the universe, no less than the trees and the stars; you have a right to be here.”

I learnt to stop letting my ego get involved.

I had to learn very quickly to differentiate between that beautiful talent I have for vulnerability, and my ego. I was hypersensitive, and that was my ego. I had big reactions to events, situations, people and that was more often than not my ego. Even in the face of injustice, reaction was my ego, action was not.

I learnt to create healthy boundaries.

I used to shiver at the word boundaries. It seems cold, distant and untruthful to me—everything I don’t like about the world. After a while I started to see that although vulnerability helped me live a deep, beautiful, heart-felt life, it also had some seriously destructive manifestations. I loved people who were harmful to me, was often victim to my surroundings and had a huge amount of guilt around my good fortune when I felt so much suffering in the world.

The question I asked myself was: How can I be vulnerable in a healthy and sustainable way, for me and those around me?

The answer is going to be different for everyone, but here are some tools I have used.

One healthy boundary for me was to cultivate a daily practice that rejuvenated me each day. First I needed to figure out what my natural state was, and then I had to find something that could take me back to it each day, which was yoga and meditation. It could also be running, swimming, the gym, journaling or soul-time.

Now, this practice is rather abstract, but bear with me. The King is a masculine archetype necessary in becoming a mature man in Jungian psychoanalysis. I identified the King as the archetype I needed most to counter-balance the negative manifestations of my deep vulnerability. The King symbolizes power, order, and justice which are the direct opposite of being a victim and being powerless. The King can be a healthy boundary of vulnerability if used as a symbol to aspire to when vulnerability is manifesting destructively. Sometimes life calls for The King.

In my work in a domestic violence shelter, I often have conversations with victims about horrific experiences they’ve endured. And while being vulnerable is important in creating a connection, allowing my vulnerability to overcome me, when their pain is overcoming them, is not helpful to either of us. In these situations I’ve found practicing King energy most helpful.

Using these tools to create healthy boundaries for my depth of vulnerability has helped me retain my power.

And that feels good. Finally. 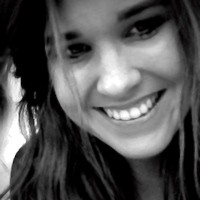