The Best Kind of Yoga Student: Choose Your Own Adventure or Do As Teacher Says? 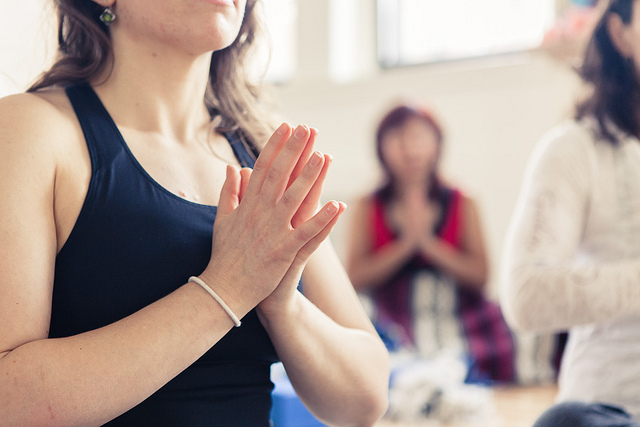 Two articles recently published by Elephant journal, “Shut Up & Listen when I Teach You Yoga” and “Why I didn’t Shut Up and Listen when you Taught Me Yoga,” illustrate two opposite—but equally valid—points regarding the teacher/student relationship in a yoga class.

In the original article, the author presented the opinion that yoga students, when attending her or any other yoga class, should follow the teacher’s instructions to the letter.  She identified experienced yogis as being the students who most repeatedly “Don’t listen to [teachers]. On Purpose. Defiantly.”

In the response article, the author expressed issue with that viewpoint, stating that unique anatomy, varying ability levels and injury come into play when students decide to modify or decline certain postures. She argues that the most experienced students are most likely to veer from the given instruction because they are the most knowledgable about what does or does not work for their individual circumstances.

While both ladies present compelling arguments, I feel that these articles point to a much bigger conversation about the role of a yoga student.

Let’s take a step back to the beginning:

Regarding the origins of hatha yoga, as it exists in the west, almost every style of yoga can trace its pedigree back to T. Krishnamacharya.

When we look at his teaching style, he did something that is both interesting and seldom seen anymore: he set the practice to suit the student.

While he individualized asana sequences for students, most of the time a yoga practice didn’t only include (and sometimes never included) postures. Many times students were instructed to sit and meditate, go out and be of service to the community and/or participate in religion and deity worship.  Students were instructed to do whatever Krisnamacharya felt was needed to bring them closer to samadhi.

So, it’s clear, when we look at the origins of our practice, the teacher was expected to be wise and educated—on all forms of yoga—and students were expected to listen to their teacher and follow direction without question.

This is no longer what yoga looks like—in this country, anyhow.

Krisnamacharya had the maharaja as his patron. Modern yoga teachers have to rely on their students for financial compensation. So, once it hit the West, yoga became a product. Individualization has given way to the standardization because recognizable styles are easier to market.

1) They’ve created a consumer out of students who now see themselves as customers and, like all customers, are right and deserve to be satisfied with their purchase, and

2) They’ve allowed students to quickly become teachers as teachers only need to know how to teach a certain style, not the whole that yoga has to offer a student.

This is where we find our two articles.

Both articles represent an idealized situation. The original article over-states the ability of the teacher as being all-knowing, regarding the teaching of yoga and special needs of the student, by virtue of his/her position.

The response article over-states the innocent intentions of the experienced students by implying they only mean to honor their unique anatomy or injuries when they do their own thing.

The reality is that there are a lot of teachers who know little-to-nothing about yoga and there are just as many experienced students who aren’t injured but doing their own thing because that’s what they like and what they want to do.

So, who is right?

The response article has a point in that teachers need to know their limitations and leave space for the unknown—the unknown being both an individual student’s situation as well as aspects of yoga that might still be unknown by the teacher; Ultimately, however, I agree with the original article.

I agree with the original article because yoga is less about what the teacher knows and more about a student’s willingness to learn.

Being a yoga student is not about walking into a class and doing whatever the hell you want; it’s about surrendering what you know and what you like in order to gain something infinitely better than knowledge.

More times than not, progress in this practice demands a student to do what he/she likes or wants the least—that’s why there needs to be a teacher (because who would ever do kapotasana otherwise?). When yoga students disregard the teacher and do what they want, it destroys the yogic process for the individual student as well as the class as a whole—a turd in the punch bowl, if you will.

Yoga can survive on half-way-knowledgable teachers, but can’t continue without willingness and receptivity of students to learn. Period.

So, while we may never encounter another Krishnamacharya, every yoga teacher has something to teach. For this reason, it is our role, as yoga students, to step into every class fresh, new and willing to be taught.

Try a new pose, attempt different alignment and see if that injury has subsided enough where modifying isn’t necessary today, and if at the end of the class the only thing learned was that you’ll never go back to that class again—well, that’s a good lesson too. 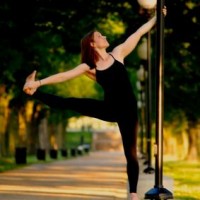