The Healing Power of Tears: A Parent’s Guide to Colicky Children. 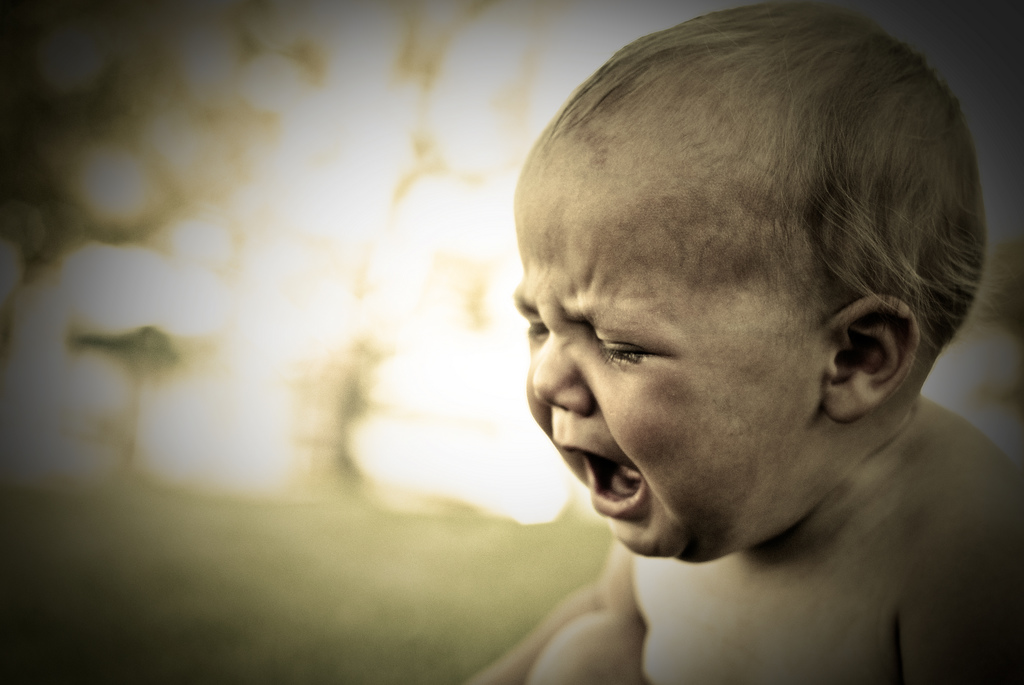 Just before getting pregnant with my daughter, I worked as a babysitter for a five- year-old boy.

The first few times I looked after him he had tantrums for all sorts of reasons: we didn’t have the kind of snack he wanted, we had to leave the house quickly to go somewhere.

I didn’t know what to do.

I found myself thinking, he’s not a toddler, he shouldn’t be having tantrums. I assumed there must be something “wrong” with him because he cried occasionally. It was the kind of judgement that only a non-parent can make.

I went home and googled, “what to do about tantrums.” I felt like I needed some kind of method to get them to stop. I read suggestions about using time outs, or ignoring the behaviour, but neither of these felt right to me.

How could I ignore or punish a child who was clearly upset?

I googled a bit more and came across the idea of simply staying close, offering empathy and warmth, and not trying to stop the child from crying through distraction or trying to fix the situation. Simply being there, until the tantrum was over, was enough.

It seemed so obvious, but I hadn’t thought of it until I read those words: I actually didn’t need to do anything. I just needed to be there, staying close until the storm passed.

There’s something so unruly, so wild, about tantrums, that I felt like I needed some expert advice on how to handle them.

But in actuality, all I needed to do was to follow my natural instinct to be a warm, loving caregiver.

A few months later I became pregnant and bought a book, called The Aware Baby by Aletha Solter, which I’d seen recommended on the website about tantrums. The book explained how crying is the baby’s natural, inborn mechanism for recovering from stresses and upsets.

Solter explains that there are two reasons babies cry, and how distinguishing between the two makes all the difference.

The first reason, the most well known one, is that babies cry simply to get their needs met. They can’t use words, and so crying signals their need for food, warmth, closeness, etc. The second reason is that babies also cry to heal from stressful experiences such as a difficult birth, medical intervention, or just the everyday stress from being in a new stimulating world.

Reading about the healing power of tears was a revelation to me.

I thought about all the things that helped me heal, and how they had all involved tears. I remembered how in creative writing classes I’d taught, participants often wrote personal stories about their life, and then started crying when they read their work aloud.

I remembered how I often cried after having deep tissue massages, or intense yoga sessions, which always left me feeling emotional as well as physically relaxed. They helped me get deep into the emotions stored in my body.

I had also tried a transformational breathing workshop, a kind of deep breathing, which releases blockages in the body. The workshop evoked powerful emotions in all the participants. At the end of the day everyone was holding hands, and moved to tears, as we talked about our experience in the workshop. Instinctively and intuitively I had found my own path to healing without even realising I was seeking my own tears.

This was the antidote to all my fears about parenting. It seemed amazing that there was a way I could raise my daughter so she didn’t have to carry emotional baggage. I could help her to heal while she was still young, so that she wouldn’t need to do so much soul searching as an adult.

When I next went to babysit for the boy, he was recovering from flu. He had a technical Lego set, for age seven and above, and started building a helicopter. He could actually follow most of the instructions to make it, but from time to time he would get stuck and need my help. Then we got to a step that neither of us could figure out. Perhaps it was my “pregnancy brain,” but no matter how hard I stared at the instructions I couldn’t figure out what to do.

He kept asking me over and over to help him, but I gently explained that I couldn’t. He started to cry, and tantrum, stamping his feet. I stayed with him for a few minutes. Then as suddenly as he started, he stopped crying. He sat down again, and fixed the Lego himself.

This is a wonderful example of how crying clears out the mind of difficult feelings so that we can think clearly again. When the boy had finished crying, his frustration was gone so he could think clearly, even better than he had done before the upset began.

If I had listened to my urge to persuade him to stop and do something else, then I would never have witnessed what happens when we simply connect and listen without trying to fix.

What a wonderful lesson in confidence and independence that even without an adult to help he could still figure things out for himself!

When my daughter was born I discovered that listening to a young baby’s feelings is not always so straightforward. Like most new parents, I sometimes struggled to figure out what she needed. As I bounced her, or paced the room with her to get her to stop crying, I seemed to forget what I’d learnt about the healing power of tears.

Then in the moments when I would remember what I’d learned—that perhaps she just needed to cry. I would sit down on the bed and just be with her, holding her, looking into her eyes.

Her birth had been difficult, a long induction, where her heart-rate had dropped low. Eventually she had been born by vacuum extraction. I could think of no other reason why she would need to cry so much. I found myself telling her that she was safe now, and that I was sorry it was hard coming into the world.

It was heartbreaking to watch her cry so much, but I also felt a deep sense of connection with her in these moments.

She was showing me her deepest pain, and l was there to help her let it go.

Then I saw the way she looked after she cried. She was so peaceful, as if she had been doing some baby yoga or meditation! After a big cry, she always fell asleep easily. It was no longer a battle, with me doing something to “make” her fall asleep. I was simply being there with her, allowing her to show me how she was feeling.

When she fell asleep, she would often smile and even giggle sometimes as she fell into dreams. It was clear that once I let go of the pattern of stopping her feelings, she was free to cry away her upset, and find a deeper contentment beyond.

It really helped my confidence as a new mum to know that crying was okay, that sometimes my daughter would cry for what seemed like no apparent reason, that sometimes all she needed was for me to hold her in my arms and listen. 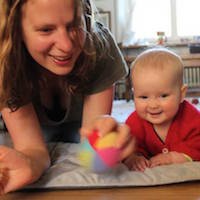