What I Learned in Prison. 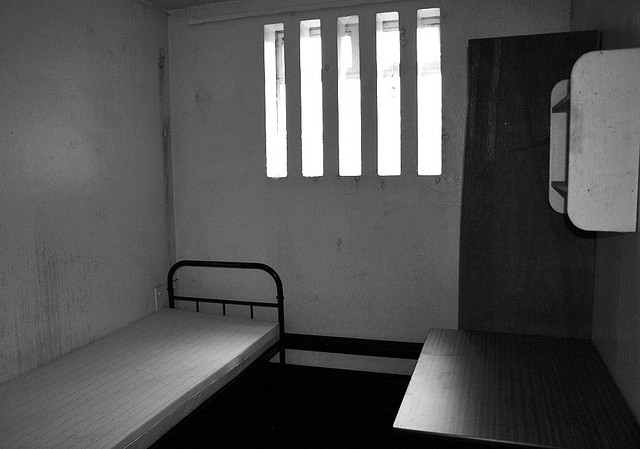 I readjusted in the metal bunk, smashing my funny bone on a locker in the process.

I tried not to cry out, and looked to my pillow for solace, then remembered its extremely used condition. I flopped my head on the cot and remembered the day’s events.

I had spent seven excruciating hours alone in a room with a toilet and a camera, discovering my body’s reaction to prison was not only to develop a fever, but to overcome the hormones of Depo, delivering my first period in years. Eventually a guard came and got me.

He escorted me to a room where my outfit changed from orange to blue, but not without enduring the most demeaning ten minutes of my life. They discovered no drugs in my bumhole and no used sports bra big enough for these ta-tas.

Freshly suited up, they walked me past two port-a-potties to a tent-like structure. I walked in to a few women watching TV. One snarled, “there’s no f*cking room.” An older lady, who happened to be an ex-advertising client, waved the woman off and walked me to my bunk, even showing me how to tie the sheet.

As soon as she went back to her spot in front of the TV I felt the conversation move towards me, but without including me. Do you know that feeling? Suddenly everyone in the tent seemed to be ignoring me, yet talking directly to me.

They talked about the other girls dorm and how mean they were to new inmates, telling awful stories. I was pretending not to listen when a woman yelled directly at me, “Who cares how new people are treated? I hope your four days are f*cking hell, white bitch!”

I told myself to just be cool.

I took my nose out of the book I was pretending to read and said, “I’m sorry, were you f*cking with me and I wasn’t paying attention?”

She let out a little snort, and said, “she’s cool.” Success!!  I turned my attention downward—somehow I had managed to not pee myself. Double success! The conversations went back to normal volume and gratefully had nothing to do with me.

In any group of people there is usually at least one person born feeling like “the leader of the pack.” This tent definitely had one—she was the one who had nearly made me whiz my unflattering pants. When she spoke, which she did, incessantly and abrasively, the majority of the other girls turned and listened as if these words could change their entire life’s trajectory.

When a girl spoke, she’d look back to the leader for approval.

I continued to listen. These ladies were much, much, rougher than me. They yelled and talked about “beating ass”, while punching random things for emphasis.

I like yoga, inspirational anything, and get really upset when I encounter even fictional violence. I felt very out of place and didn’t want to belong, but also wanted to be present in the experience.

You know? If we’re going to be somewhere—be there.

I adjusted in my bunk again, trying to look involved.

After the conversation moved onto Oxy, specifically the intricacies and impossibilities of smoking it from a toaster, I realized I really didn’t have anything to contribute.

I put my face to my elbow and tried to meditate.

A quiet, centered peace was not in the cards for me that evening.

I kept panicking about prison scenes in movies, worries about what everyone in my small hometown was thinking of me being there and serious concern about where that gross pillow had been.

Eventually I dozed off, then awoke to a light on my face.

Seconds later a prison guard was being referred to as “little princess” and his flashlight had gone from counting gals in bunks to the spastic motions of a boy happy to have the girls notice him.

I wondered what this guy’s life was like outside of the prison, since he seemed to really enjoy this obviously degrading attention. “You know you love me” cooed the leader as the guard suddenly remembered what he was doing,”eight, nine, ten.”

I awoke again with the sense that people were talking about me—to me? To me.

It was time for breakfast. It’s mandatory to eat, they let me know. I slipped on my prison-given socks, put my feet into the Ked’s-looking appointed shoes and tied my dirty hair into a knot. We moved out of the tent into slightly fresher air, tinged with the port-a-potty scent.

We were corralled into the next barricaded area where I saw a girl I knew from school.

Still the prettiest. Still the meanest. Owning it. She even still had a gaggle of minions following her around, just like in middle school. I thought about the personalities that thrive behind bars and wondered what other bullies I went to school with were up to.

We got back to the tent after a meal I can’t even describe (“meat” surprise?) that left me both hungry and bloated.

I tried to dive into the novel I was very lucky to get my little hands on, eventually learning to focus on the story amongst the jarring conversation and constant RealTV violence.

I got swept up, it was sweet and sad and I had to fight to keep tears from running down my face. The theme song to a physics-based sitcom I love distracted me with great timing and no one was at the television. I got a lovely-banket-cozied twenty minutes before someone abruptly changed the station in my face to see if a cage fight was on.

I crawled back into my bunk and continued to observe the relationships going on with these women and the outside. There was a lot of crying, and yelling. One woman who spoke of violence even more than the others was on the phone with her girlfriend much of the time. The inmate’s girlfriend had cheated on her and with a man. She screamed about “dirty d*ck” while visibly crying but not audibly.

A woman in her mid-twenties spoke to her boyfriend with tears streaming down her face, holding the phone with a tight desperation. I later found out that she was a heroin addict throughout her teenage years, but had cleaned up several years ago. She recently had an awful miscarriage and failed to report the non-narcotic medication to her parole officer. For that she got seven months in prison.

They talked to each other. About the fights they’ve been in. The drug busts. How they miss drugs. What they’ve done to get drugs. Who they’ve harmed or stolen from. The children they couldn’t care for. The abuse they’d inflicted and endured.

I wondered what could happen if someone were to convince them that they can have a better life. That they deserve better. That being angry at the world only makes it feel like the world is angry at you.

I was also afraid of drawing attention to myself and actually getting my ass kicked or my glasses broken. So, I behaved as a polite peanut gallery—sometimes adding to whatnot and laughing when appropriate, but mainly just pretending to sleep or attempting to meditate.

Three days went by like this, attempting to hide in plain sight.

But it by bit, I got to know the women. By the last night I had let my walls down, as had even the fiercest of the felons. I slowly let my unguarded personality out and the behavior was reciprocated. As we communicated without fear of our differences we bonded over the experience that we were sharing.

Let me tell you, being incarcerated is one hell of an experience to share. Lots of facets in that one.

Angry yelling turned into straight up giggling. About jail, about life, about it all. Giggling with women whom I had deemed terrifying on first impression. That last night I finally felt comfortable enough to tell some random story involving a golf cart, ’shrooms and Vegas.

The especially violent woman turned to me after and said, “Seriously? You’re f*ckin’ funny? You’ve been f*ckin’ funny this whole time and weren’t f*ckin’ talking? Daaaaaamn, dude, not cool!”

I laughed and wondered what the experience would have held had I been truly unafraid the whole time. When my time was up I said, “I’ll miss you guys, surprisingly,” I nearly reached out for hugs—seriously.

As I walked out of the prison I felt incredibly alive, grateful and educated on many levels.

I learned that when I behave with candor it encourages others to do the same, making it a whole lot easier to see each other clearly. I am strong enough to handle pretty dubious situations with relative ease. Releasing judgement of a moment and allowing it to just be can make even a hard time’s passage graceful.

No matter where I am, I have the ability to maintain presence.

To get a top sheet to stay still on a bunk mat—tie the ends.

And, of course, after enjoying hoppy brewed goodness—always call a cab. I stepped into that moment’s particular cab and “It’s All Right Now” played loud on the radio. I sighed to myself and thought, “yes, yes it is.” 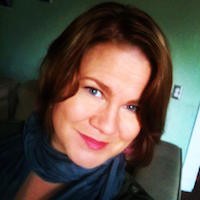