Why We Should Stop Judging Death. As a young boy I was told to believe that when someone takes their own life it’s a sin and they will burn in everlasting Hell.

The teachings of the religion I was placed into were unwavering on this point, and as such I took this belief with me into adulthood. That is until I began working as a Medium where I learned (rather, remembered) truths that were not self serving and fear based as those of theology.

Of course, no truth is self serving. I only made the statement to make a point.

As with everything I write, I share only what I have come to know through experience; through my work with the non-physical. I do not inject beliefs into what I share with others because generally speaking I have no beliefs. I always choose truth over beliefs because truth is knowing, built on the solid foundation of experience; where beliefs are taught, not experienced and fragile, built on a house of cards.

Back to the subject at hand.

Is it wrong for someone to end their life? Will one suffer in the depths of Hell for committing suicide? To start, it needs to be pointed out that the questions themselves are flawed because they contain false ideas.

First, we cannot “kill” life. It is not possible for life not to be life, so therefore it is not possible to end your own life or any other. (I’m speaking of who we really are, our souls, not the physical body that people have identified with.)

Essentially, if one could actually kill a part of life, life itself could no longer exist because all of life is one. Everything is life (use the word God if you wish) manifesting in trillions different ways so that life can know itself as itself. Yes, that is what we’re up to here, that is what this game is all about.

There is no death, only different dimensions of life.

As a Medium, I have had the privilege of getting to know countless beings; (beings one would refer to as dead) who have unequivocally demonstrated nothing, and I do mean nothing, dies. Life merely extends to create new forms. There is no beginning and there is no end. This game will never end for the game is life itself.

Second, nothing is inherently right or wrong, and neither right nor wrong has any notion of truth within the ultimate reality. Right and wrong, should and should not, good and bad and so on, are human judgments based on relative experience. They are essentially announcements of who we say we are based on what we have experienced in the past. However, speaking esoterically, there is nothing right or wrong or good or bad. A thing just is—nothing more and nothing less. As humans, we use these things to define who we are within the context of it.

It is only because we judge that we say God must too. This is the height of human arrogance.

Third, Hell does not exist as one has imagined it to, or as they have been told to believe. There is no physical destination of everlasting damnation. Hell is just a state of Being and one need not die to experience it. I mean really, take a look around. A greater part of our world is experiencing hell everyday through their own thoughts. Hell, just like everything else, is a choice, not a place.

The answer, despite these false assumptions, is no. No one is punished for taking their life. There is no punishment on the other side for the act of suicide because nothing dies and there is no judgment. Please re-read this: No. No one is punished for ending their physical life. There are consequences; just as there are here in the physical; but those consequences will be a result of choice, not punishment. Life does not punish—life loves.

Now, human beings on the other hand have said that they are not okay with a quick, planned death. They’ve said through their shoulds and should nots that it is not okay for one to end their life with a bottle of pills for example, but that they have no real moral objection to the one who does so with tobacco.

Both things essentially constitute people killing themselves, but humans seem to take issue with the speed in which one does it. They seem feel the slower the death the more it becomes acceptable.

Let’s not kid each other here. It’s no more immoral to kill yourself quickly as it is to kill yourself slowly, and most of the planet is doing the latter every day. It takes a person of immense love and awareness to not fill their body with the poisons of the world. It takes dedication and commitment to treat the body as a temple and refuse all things that we know will shorten our physical life.

If it’s not what is put into the body, then it is the sad fact that most worry themselves to death.

No one frowns on this though. No one says it is wrong to kill yourself slowly. Only quickly we are not okay with, and that is hypocrisy at its finest. That is people making up their own beliefs and rules to justify killing themselves slowly, all-the-while leaving just enough of an opening to point the finger in condemnation at the other who did it quickly.

Shame on our theologies and shame on those who speak their beliefs as truth with no basis of knowing. Shame on those who cause a family, (who has experienced an enormous tragedy) to suffer more at the expense of their fear based beliefs by speaking of something with no basis of truth. It is only through a fundamental lack of self-compassion that they offer themselves the permission to make such insane judgments.

The good news (relatively speaking) is this. As mankind continues to awaken, as we continue to shift and elevate our level of consciousness, beliefs such as these will slip away into history, just as all beliefs inevitably do. Like so many others gone by, we will look back on this through the eye of human history and ask how we could have been so blind to fall for such a ridiculous and obscene idea. 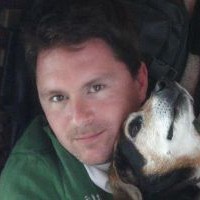