I’ve had a martyr complex in my life.

To some extent, this is a cautionary tale of letting ourselves be defined by anyone else, dicated by someone else’s reality.

In tabletop roleplaying games and in board games, I often find myself being the protector. I play the role that keeps everyone safe in some capacity. I endure the costs so others don’t have to. That includes sometimes being removed from play, when my character “dies” or is incapacitated or knocked down.

A dear friend of mine has told me that the martyr complex used to be incredibly apparent. And I knew somehow it was a problem.

But when we’re given feedback like that, our reaction is often to say, “I should change for that person.”

I grappled with why I had the martyr complex. It obviously didn’t stem from a lack of happiness. I’m sure I have my demons that I am still learning about, but in my whole life, I have had perhaps a month’s worth of days with tears in them.

For me, the moments of sacrifice are defined by the person offering themselves as sacrifice—walking calmly, smiling, knowing what they are doing. They know that they are not really sacrificing anything, just making a choice. The calm of men saying “I am Spartacus.”

There’s a concept that those familiar with alchemy (or with Full Metal Alchemist) will know of: Equivalent exchange. We, as human beings, have long expected that effort in the cosmos translates to results. You exchange more of value, you get more back. It’s why we construct market systems so often to exchange goods; it’s why ancient peoples thought of sacrifices to the gods or of magic as being based on sympathetic vibrations or exchanges with the spirits. The idea of a voodoo doll and the idea of sacrificing to Zeus both trace back to this idea of an equivalency.

It’s an essential concept and it’s probably on some level intrinsic to our mentality. And it’s so utterly toxic that we must stop it.

When we love each other, we want everyone to be happy.

I find myself loving everyone and everything, and it makes me want to improve their lives.

Recently, my mom’s dog was sleeping on the couch with me. She was taking deep breaths and I was totally preoccupied with her comfort. I listened to every breath, worrying that it might be a breath of pain or distress. I wanted her to be warm but not too warm. I tried to make sure she had a blanket. I touched her body to make sure she was sleeping comfortably and that she wasn’t shivering.

Sounds of distress and pain kill those of us who love totally. We feel it echo inside of us.

When one looks at the world and sees the amount of insanity, cruelty, violence and hopelessness, it can leave us unable to think straight. We can’t put into words how wrong it is.

And so that idea of equivalent exchange comes into play.

We imagine that the only way that a good world could come about is if someone paid with blood, or pain or some great magic. If they sold their soul or offered their body to the gods.

But that logic is part of the problem.

The idea that we should have to exchange anything, especially something sacred like life, for a better world is what leads us to commit war and atrocities.

Worse, it’s all too easy to rationalize our sacrifices becoming more extreme. A leader could justifiably point out that sacrificing other men is more logical than sacrificing the leader, who may be too important practically to die in such a way.

No, there’s been enough blood shed, enough people sacrificed on the altar of survival let alone a better tomorrow. We’ve given the gods enough goats and enough cattle.

The new world is possible.

A better life can be achieved.

And while it will require effort, and commitment, it doesn’t have to require the sacrifices of life, limb or happiness.

It is true that sometimes sacrifices have to be made. But they should always be viewed as tragedies, not as something to aspire to.

The heart that makes a sacrifice is an aspiration. The sacrifice itself isn’t.

So I’ve come to realize why I have to get rid of my martyr complex. It’s not that I should stop caring about others, or even care any less. I wouldn’t be the person I am if I didn’t bleed inside at the thought of my dog in distress.

It’s that I deserve to be happy too.

The fact that I am happy is actually something right in the world, not some tokens to be exchanged for some other commodity.

None of us are free if any one of us is in chains, the civil rights mantra goes. And that includes if someone chose to be in chains to free everyone else.

Let’s refuse to accept any chains, even ones that we’ve chosen for ourselves in the past.

Let’s abandon the idea that the thing that mattered about men like Jesus Christ, Dr. King, Guru Tegh Bahadur and other martyrs throughout history was their death.

Because it’s life that matters, not sacrifice.

4 Steps for Giving Up on martyrdom 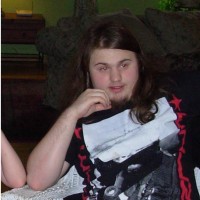