How one West Bank Bombing Blew me Apart. 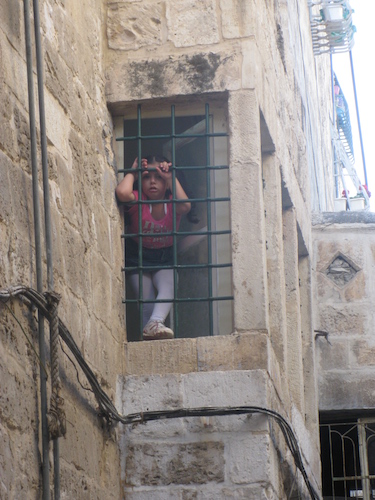 Perhaps I became a journalist the moment I awoke to near constant explosions, gun shots and falling stones pounded through the night but a block from my hostel in Ramallah, in the West Bank.

My reaction was far from what I might have expected: neither fear nor caution nor moral outrage, but rather a giddy sense of excitement. Staring out the fifth floor window, watching what appeared to be a large fire in the building next door, I was aware that a gunshot or explosion could rip through the glass where I stood. I noted to myself that I had become one of those idiots who stands at the balcony as a firefight rages in the streets below. But I was mesmerized, and while I was mostly at a safe distance, I wanted to be in the middle of it all.

It would later turn out that while one Palestinian was killed and 11 injured, the explosions were merely percussion grenades. The more travel-worn residents of the hostel even stayed in their rooms, apparently sleeping through it all. But it looked to me like the beginnings of a war. And so I began churning out Facebook posts and turning them into articles.

At the time it appeared to be far from a traumatic experience—just the opposite. Rather, it seemed but a small taste of what Palestinians regularly experience. But it left me wanting more. While I shifted my residence to the much safer East Jerusalem the next morning, that urge to be amidst the danger would be internalized and reflected in how I behaved toward loved ones. The explosions outside the window rippled through my own psyche, quietly upending my own inner moral structures. The buildings were all left in tact that night, but my inner core was bombed out.

I had come to Israel and Palestine to study the effects of collective trauma on both victims and perpetrators alike. And I had planned on interviewing several subjects on both sides. Little did I expect to become a participant-observer to the collective trauma. The impact of the night’s events was surely compounded by the rich detail with which I could elaborate on what was happening through years of studying the issue. And the decision to report and advocate on the occupation left me caught up in the action. Over the course of the next couple of weeks I would befriend a couple of Palestinians and one Israeli activist who had all been shot in their struggle against the occupation. And I met numerous people who had been brutalized by settlers and the Israeli Defense Forces.

While I was playing it quite safe in terms of where I traveled, I was nevertheless internalizing the traumas of a military occupation

The explosions in the night were like a magnet. I was pulled into the Palestinian culture, pulled into the struggle, pulled into deeper bonds with the people I met. After having spent the last decade studying consistently for 40-50 hours a week, my books seemed to evaporate. And some quiet urge to annihilate my own self structure appeared. It was at once a healthy spiritual impulse toward self-transcendence and a sort of death drive, a nihilistic pull toward danger.

In my quest to study, report on, and transform the trauma, it had wormed its way into my own experience. And like so many victims of trauma, the distancing that is needed to plot a course of action and a life seemed to become enveloped in a thick fog.

There is a psychological illness that used to be called Jerusalem Syndrome. Tour guides in the early twentieth century were warned of tourists who would wander off in a daze or begin speaking in tongues. It seems that while there, many people would come to believe themselves prophets. And while my own writings were infused with some subtle sense of prophetic grandeur, my actual behavior became more devilish. My actions became hurtful in very real ways, but it is important to note that the trauma field did not cause my actions but rather encourage otherwise dormant tendencies.

Now I was the Israeli soldier, who in brutalizing others must dampen his conscience, thus weakening his restraint and making him further prone to the perpetration of abuse, which is then couched in the loftiest conceptions of purpose. A narcissism crept into my behavior as my conscience took a moral holiday.

I became the suicide bomber, marching off to my own and others’ annihilation, to no real rational end—as if that, too, served some moral purpose.

I was thrust into a moment that seemingly existed outside of space and time, revelling in a fire that was fast tearing through my house.

Perhaps those who have lived on either side of the occupation will find such a description a touch melodramatic. Some of my use of metaphor here is simply a masking of specifics, airing dirty laundry without drawing a circle around each stain. And it is clear that in my efforts to internalize and transmute the trauma, I was affected in a peculiarly conscious manner. But I also believe that far from being melodramatic, I have actually downplayed the details of my own destructiveness. The unconsciousness with which the trauma is usually internalized by victims and perpetrators alike often fuels a cycle of mutually assured destruction.

Trauma can speed us up, make of us intensity junkies, and wear down the break pads that allow for more normal sorts of restraint.

The Israelis are inflicting the bulk of the traumas, but in doing so, they are being made morally hollow and impervious to the prick of their own conscience. It is inevitable that in doing so a narcissism will quietly corrode their culture. Israel was a beautiful place, with smooth roads and good infrastructure, but whereas American Jews tend to be warm and friendly, Israelis often appeared thick skinned and sarcastic, as if masking their own sensitivity.

Meanwhile, the Palestinians are so traumatized that it is hard for them to get the distance needed to craft a strategy out of their predicament. And the traumas they suffer seem to fuel a cycle of self-destructive tactics, from their previous use of suicide bombings to the just as suicidal Hamas bombings. If the behavior of Hamas seems irrational, it may be a result of the traumas they and those whom they represent have sustained. Those traumas can draw anyone into the intensity of the moment, as if that intensity were all that mattered. Meanwhile, life and love become the victims.

If a few weeks there could do this to me, an otherwise balanced and grounded individual, it should lead us to ask how much of the inability to end the occupation and resolve the conflict is actually a result of the distorting effects of collective trauma.