I Promised Myself I would Never Forgive My Mother. 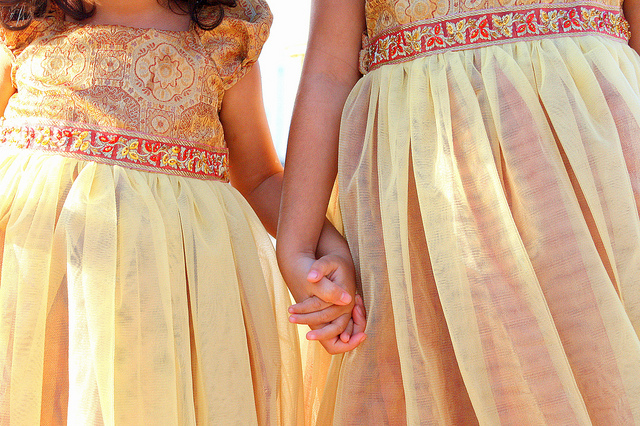 When I was three-years-old my mother put me, my one-year-old sister and two small cardboard suitcases into a car she had borrowed and drove us into the hills outside of Philadelphia to drop us off at an orphanage.

She called it a “nursery school for little girls” and kept saying in a big, over-happy voice that we would like it there.

I was obviously too little to know and in fact I am only guessing now. If we ever asked her about it, she either gave an explanation that didn’t make sense or just changed the subject.

They say a child is shaped by the time she is three years old.

If that’s true, then I was unshaped at the same age.

When I went into the orphanage, I was a little girl who saw the sun shining in my mother’s hair. But she took the sun with her when she left and for the entire two years I was there, instead of love-light, I would see darkness all around me. I shriveled down into myself and became afraid and two years later, when she came back to get us, I was even afraid of her.

Ultimately, if a three-year-old can hate, I came to hate my mother for leaving me to find my own way in that awful dark.

St. Theresa’s was actually a convent of Hungarian nuns who, during the war, saw a need and started taking in orphans. It wasn’t a bad place, but even so, it was to me a place filled with strangeness and strangers. It was a place where they didn’t speak my language and didn’t cook my food and where the women wore long black dresses and long black veils and long blank faces.

My world, as I knew it, was gone and all of my touchstones went with it. When they dragged my baby sister’s crib up next to mine and I reached out to pat my hand on her stomach to try to make her stop crying, I wished and wished that I could cry too.

But I couldn’t. What was the point? I didn’t have a big sister to reach out and pat my stomach. I didn’t have anyone. I thought if I let myself feel anything at all, a hole so big would open up inside of me that I would fall into it and never be able to come out.

In classic PTSD fashion, I would fall asleep night after night imagining my mother walk away in her pink high heel shoes, little clouds of dust puffing into the air with each step.

And so, while I was at St. Theresa’s, a brooding stone of survival and hate grew around my heart, a stone so big and so heavy that even as I eventually had children of my own I was not strong enough to lift it.

I was filled with resentment—the grown up version of a three-year-old’s hatred—and no matter how much art therapy, talk therapy, breath work therapy, you-name-it-therapy I tried, I could never leave the orphanage.

The darkness that fell on me while I was at St. Theresa’s followed me my whole life.

Then, over 50 years later, in that strange way that life has of repeating events, I would find myself in a convent.

I had signed up for a 10 day meditation in Tutzing, Germany and once again, I was in a strange environment surrounded by women wearing black veils and long black skirts, eating food I didn’t recognize and listening to a language I didn’t understand.

This time it would be different however. This time, I would cry.

I spent the first seven days of the retreat weeping the copious silent tears that seem to come only with meditation.

“Just sit and let the tears flow,” my meditation teacher said. “It’s an unloading of your unconscious.”

I would come to understand however, that the tears were also the unloading of the unexpressed grief that a three-year-old in another convent a lifetime away had been unable to shed and, as they poured out an enormous relief began to wash over me.

Then, on the eighth day of the retreat, I had just dropped my eyelids for the early morning sitting, when I caught a glimpse of something vivid in the corner of my mind’s eye.

At first I wasn’t sure what I was seeing or even that I was seeing something. But as the sessions wore on I could make out a ship moving across a vast sea. From my bird’s eye view I could see smoke pouring from a stack on the ship’s deck and, inch by inch, over the course of the sittings that day, the ship continued to move over the thick waters towards me.

Gradually it got close enough for me to see that there were throngs of people milling on its deck. They were muted and dull in drab, brown colors.

For a split second I averted my glance from the laden vessel, and when I looked back, I saw one head among all the others turned up towards me.

She wore a kerchief tied round her chin and she had her eyes fixed directly on me.

I was seeing the pale, oval face of my mother as a little girl.

I had known many of the details of my mother’s life: homesickness for Italy, anxiety at school, anxiety at being an immigrant, and of course, her ultimate death from the ravages of Alzheimer’s.

But in that long wordless gaze of her eyes on mine, my mother silently told me of the losses, hopes and dreams beyond what I had ever known. With an unwavering look, she revealed beyond mere words the fullness of herself to me.

In that spontaneous moment of the little girl with the upturned face I finally understood that, orphanage aside, my mother was a human being in the greater sense—just like me—and that the life she had lived was hers to live, not mine to judge.

Unbidden, she had given me something I had been trying to grasp all my life—she gave me forgiveness—and it flowed between us, from me to her for her abandonment and, without my even asking for it, from her to me for having so bitterly resented her all her life.

A clean sweep of compassion overrode me.

I have looked back on the vision of the ship many times in the long years since that retreat. Soon enough, the emotional memories of the orphanage that had been front and center on my internal stage would fade and take with them the stone of resentment that I had carried all my life.

Soon enough, I would feel gratitude for nuns who take in orphans and who conduct retreats and for mothers who are forced to make choice-less choices.

And soon enough, I would stop seeing my mother walking away in her pink high heeled shoes.

Instead I would see the little girl with the upturned face and she and I would be standing side by side on the deck of that great ship of forgiveness—holding hands.

A Pity-Free Glimpse into the Life of a Cambodian Orphan.