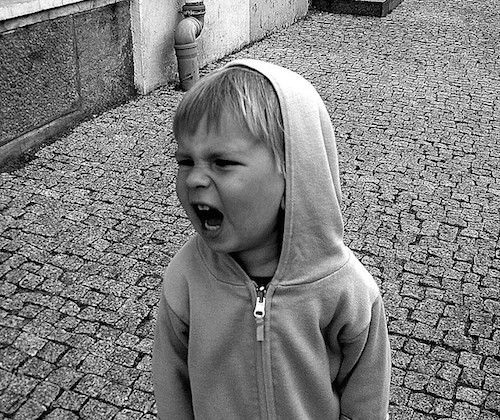 A lot of people, I’m sure, are going to see this title and think,

“She is going to change her mind.”

Or, at least ask the question,

“What if she changes her mind?”

And, of course there is the obvious question,

In American society (as well as many others) there are social constructs built around women that precede their birth.

The majority of adults encourage girls to play with dolls, plastic strollers and to play house, whereas boys are encouraged to skate, ride bikes, climb trees and explore.

These gender specific activities place children into specific gender roles and can create the idea in the minds of little girls that it is their lot in life to one day have a child, even if that is not the parent’s intention.

But, many of these constructs have recently been under scrutiny and are beginning to change.

So, what I do mean to say is this:

As a whole, society pressures women into feeling their only choice is to have children, or at least they should want to have children because it is a sacred gift (not to say that it isn’t).

Can you recall at any moment in your childhood a memory of an adult telling you that you didn’t have to have children?

Growing up, my grandmother always taught me that I didn’t have to have kids when I got older. As grew up I realized she was the only one who had ever given me this golden piece of information—I had a choice.

(I didn’t seem to realize this fact until someone told me—several times.)

Children are not for everyone.

This doesn’t mean that women shouldn’t grow up to be mothers, it just means that women have the freedom to choose whether or not they want to.

And if no one has told you that, I am telling you now.

I think letting people know that they have a choice is an important piece of information to pass on to future generations.

I do agree that being a mother can be fulfilling; however, I also understand how hard it can be and that it means a lifetime of committing yourself to protecting another human being.

That is a lot of pressure to put onto one’s shoulders, so cheers to all the loving mothers out there doing the dishes while telling their kids to take their underwear off their heads, talking to an insurance agent and cooking dinner all at the same time.

It’s not the difficulty and the required level of multitasking that keeps me from wanting children—not completely, anyway.

Here are my reasons (in no particular order—they all have equal value to me):

I recently got married to my best friend. We have a wonderful, playful, adventurous friendship and therefore a very happy marriage.

We take weekend vacations in the mountains, the Grand Canyon or in Yosemite, wherever we want. We have taken a few road trips that lasted several days. We stayed in cheap hotels, expensive hotels and in the car at rest stops off the freeway.

Once, we drove from San Diego to Bourbon Street in New Orleans and we partied all night long. The next morning, I woke up with an epic hangover (of which my husband loves to remind me).

We stayed a night in a cabin on the bayou and saw the swamp and the creatures it holds. I even got to hold a baby alligator.

And when we got married, we ran off and had a cute little wedding in Maui. We thoroughly enjoy each other’s company, being alone together and traveling.

These moments that make us, well, us, would be quickly diminished with a child around and our marriage would never be the same again. We love our marriage just the way it is and we don’t want it to change in such a drastic manner.

Secondly, I have epilepsy.

Yes, I have medication. However, I have convulsive seizures that are triggered by pain and sometimes sickness, (depending on the severity) and these seizures are not stopped by my medication. A seizure like this could be fatal for me and surely injure (or be fatal) to a fetus.

It is also possible for this disorder to be passed down. There are too many health risks I would have to finagle my way around to have a biological child.

Lastly, the world, as you probably know, is over-populated and is becoming more so every single day.

We are diminishing our resources and producing eye-popping amounts of trash and pollution on a daily basis. This is not a world I personally wish to raise a child in, and I believe that some of us must make the decision to take responsibility for the actions of our race by not bringing more trash and pollution producing, hungry mouths into this world.

And yes, maybe one day I could have a child that could possibly contribute a big change in this world in regard to those matters, but the chances of that are slim and considering the population growth, there will be plenty of people to come along and have the mind to make those changes.

For those of you still asking,

“But what if she changes her mind?”

I have considered that.

If I do indeed decide later that I want to raise a child, there are (sadly) a countless number of abandoned, unwanted, unloved children in this world that I would most happily and lovingly open my heart and home to.

I have already given thought to this idea.

I would choose to adopt an older child—over five years old—a child that is less likely to be adopted.

I’d get to skip the not sleeping part, the potty training part and the part where they learn the word, “no!”

So I say, here’s to having a choice and making the one that best fits the life I wish to live.

Here’s to not having children. 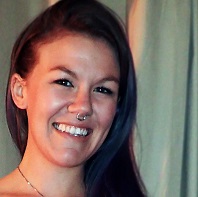