Questioning Reality, The “Me” Story Lie. 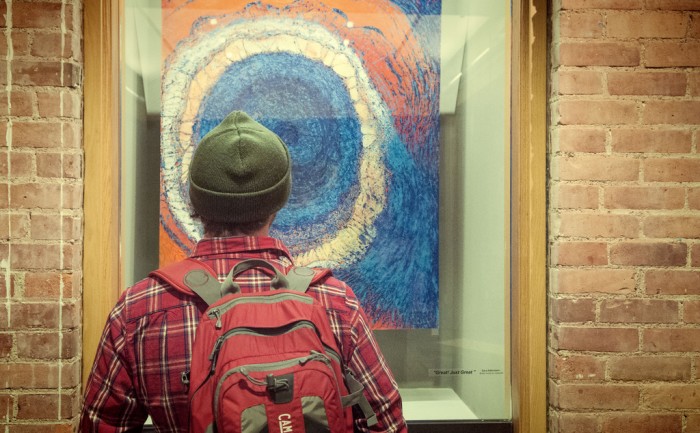 In meditation lately it has occurred to me, over and over, that I must find my own way.

This sounds so obvious but, it’s more elusive than I had ever suspected.

Every path to the egoic mind follows some model that has, in some fashion, already been blazed. Even when the egoic mind thinks it is being fresh and innovative it turns out to be, in the words of the biker Jessie James, part of a large group of “rugged individuals all dressed alike.”

In other words, efforts to find one’s own way mostly turn out to be an egoic pursuit already performed by the nearly 100 billion humans that came before we first conceptualized the “me” story. Religion, politics, social or cultural groups all locked into conscious or unconscious trajectories.

What is the nature of reality? I would submit that we really know almost nothing about reality. At the college, the various biker gatherings and other social situations, I enjoy conversations with people of all different flavors of reality. I find that people are totally sold out to their brand of reality. We tend to believe that what we think is true, that it is actually a universal truth. Trust me, it’s not.

The first step to real wisdom is a deep understanding that as a third dimensional being we lack the tools to understand the reality outside of the “me” story. The smartest human on this planet is unequipped to truly understand fourth dimensional reality. We must describe it in third dimensional language, ideas and concepts. Life essence, the observer, is a state that can be experienced but, not adequately described.

My flawed reality is that we are life essence currently experiencing a limited, short lived, third dimensional, human existence. I use my flawed reality to attempt to share that which lies beneath the story, the drama.

The evidence for my case is vast. I would argue that the cause of conflict, greed, violence and suffering (not pain, that’s something else) is addiction to the “me” story. The 24 hour news stations thrive because they sell a reality paradigm and people love it, it feels good. Harley Davidson, God bless their souls, sells a butt load of over-priced stuff because they learned a long time ago to sell a “me” story, a story that has cost me plenty. I know it’s a complete fabrication and yet, my “me” story is addicted to the conceptual reality. I (the “me” story) love the damn things.

When a really terrible crime or terrorist act occurs people always ask how someone could do such a thing. When we fail to question our story, our reality concept, we are capable of anything. What the ego thinks that it will get when it acts through it’s story, it’s drama, is never what it actually gets. Addiction becomes intense suffering.

A serial killer, an extreme example, is completely sold out to their reality concept and can find no escape from it. The ego must own and posses even the essence of another physical being. Of course, it is impossible to own the essence of physical-ness as it doesn’t exist. Our bodies are essentially dirt and will return to dirt forever a part of the third dimension. Our essence, the observer, is something else, not confined to the third dimension. Energy isn’t created and never destroyed. It just is.

We must be highly suspect of the “me” story. Never trust your “me” story—never. The Buddha said test everything. So, put in the hard work and test it to see if it’s real. Start with no preconceived philosophies and frameworks. Sit in meditation, day after day with the purpose of simply sitting. The observer doesn’t need the ego’s instructions to know what to do. Trust the process. The ego knows fear, need and craving. Love it, have compassion for it, but, don’t outsource your spiritual future to it.

It always amazes me to meet senior citizens (of which I am on my way to becoming) who have lived nearly a century and learned nothing. The years pass and they turn into dry, bitter and fragile people. I know of older, very religious people who essentially spend a great deal of their waking hours being angry and spewing venom. The lesson here is simple. We can never allow ourselves the luxury of relaxing into a “me” story. The ego does exactly the opposite of what is required for long term joy. The ego loves a “me” story that includes us verses them and self pity. But, what it promises it can never possibly deliver.

By the way, I know a lot of kind, generous and thoroughly wonderful senior citizens.

The question we must ask is: Do I really want to be happy and am I willing to give up everything to get there? By “everything” I mean, all we believe to be true. Basically, can we shut up and become the observer of our “me” story? Can we call bullshit on our story? Can we sit, shut down the story and dispassionately observe. Every time, I am able to back away from life’s stories and egoic perspectives it causes me to laugh. My story and the collective story is madness and pretty damn funny.

I am into my twelfth year of sitting in morning meditation (whoever “I” is…). I realize at some level that my story (and everyone else) is fundamentally flawed, incorrect. This allows me to relax and experience a higher “life essence” experience.

Nothing in physical life will ever make us whole. It was never intended too. Don’t waste an entire lifetime waiting for it. Discover the reality behind the ego story, the drama, and be truly free.

5 Ways to Have a Healthy Ego.