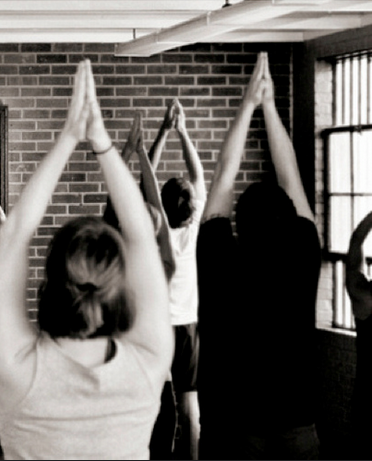 People get nervous when the word “religion” is written to near the word “yoga.”

For many contemporary yoga practitioners, religion opens an uncomfortable conversation that we would rather just overlook.

Religion is the black sheep of the yoga family. It is the thing we quietly acknowledge and deftly defer and ignore.

Just to be clear, I am not writing about how good Christian children are being fooled into worshiping scantily clad, many-armed Hindu deities. I am also not writing about the timeless wisdom and poetic glory of the Vedas and Puranas.

My research into the roots of yoga indicates that it has always been a largely ecumenical, inter-faith experience that transcends the religious institutions with which so many of us identify.

Yoga in India was not territory exclusive to Hinduism. There is plenty of historical evidence of yoga being practiced by Orthodox Vedic Hindus, but also by Buddhists, Jains, Muslims, Goddess-worshiping Shaktas, and atheists. And in the last 100 years we can add Christians and Jews to that list as well.

But that is not what I am writing about today.

The question for today is not “is yoga a religion?” The question is “is yoga being practiced with a quality that we might call religious?”

As if I have not cracked open enough cans of worms already, now I need to define what I mean by religion.

Early Christian churches defined religion etymologically by finding its source in the Latin word ligare, which means to bind or to tie—as in ligature. The idea resonates with many yogis today who are familiar with the definition of yoga including the idea of yoking, connecting, or union.

The etymology is not quite so simple though. Prior to those early Christians proclaiming that religion was a process of binding oneself to divinity, the Romans had other ideas. Cicero, for example, famously suggested that the root of the word religio was actually relegare—which means to carefully re-read a text. This shift indicates a very different understanding of religion. It suggests vigilant observation of ritual as opposed to an experience of one-ness or connection.

There is a great deal of value in repetition. The vigilance and discipline required to carefully carry out a ritual are character traits worthy of cultivation. Repetition of a particular verse, movement, or ritual can be an effective way to break up old patterns of action and replace them with newer, more efficient or healthier patterns.

This neural re-routing through the establishment of new patterns is probably most well known through Alcoholics Anonymous.

The old pattern of pouring your self a drink after a long day at work is replaced with the new pattern of going to a meeting of like-minded, sympathetic individuals.

Now, back to the question of yoga and religiosity.

It is not hard to conjure up images of yoga being practiced in a way that is carefully repetitive and places value on “getting it right.” At this point, it is almost the caricature of a yogi, daily waking with the sun and meditatively unrolling their mat in order to proceed with great care and attention to their prescribed assortment of yoga postures.

Obsessively concerned with the right alignment in the postures, the correct pronunciation of arcane mantras, or with the arrangement of the postures into particular sequences, contemporary yoga is flush with religiosity.

And that is not such a bad thing. The mindful and fastidious performance of yoga asanas can be a tonic to poor posture, back pain, stress, depression, and so many other of the diseases of captivity imposed upon the urbanized, domesticated, and desk-bound humans of 21st Century industrialized societies.

But yoga is not a habit. Yoga is a means of getting out of habits.

Yoga is a liberatory practice designed to facilitate freedom from the deep ruts that prevent us from facing the fullness of physical, emotional, and social life.

The tendency towards getting ourselves wedged into ritual forms of practice that devolve into obsessiveness and neurosis has been noted for centuries in yoga literature. In the Mundaka Upanishad a householder approaches a great sage and asks, “What is that by knowing which all is known?” The sage responds:

The illumined sages say knowledge is twofold, higher and lower. The study of the Vedas, linguistics, ritual, astronomy, and all the arts can be called lower knowledge. The higher is that which leads to self-realization…

Such rituals are unsafe rafts for crossing the sea of samsara, of birth and death. Doomed to shipwreck are those who try to cross the sea of samsara on these poor rafts. Ignorant of their ignorance, yet wise in their own esteem, these deluded men proud of their vain learning go round and round like the blind led by the blind.1

Substitute Vedic rituals for the sequences prescribed by the gurus of modern postural yoga, and this ancient passage comes alive with contemporary relevance. And we don’t need to dig back into the Upanishads to find similar advice for yogis.

The Yoga Sutras suggest that yoga requires more than religious devotion to practice. The first chapter of the sutras indicates that yoga is stilling the movement of the mind. These movements are referred to as vrittis, which can mean something like your lifestyle, conduct, or actions. These vrttis can be stilled though what Patanjali calls practice and non-attachment.

Practice (abhyasa), the repeated effort, is resting in stillness as a result of will power. The absence of desire for things (vairagya)—whether seen directly or learnt through hearing—which comes about by subjecting such things to the will, is the sign of non-attachment.2

Practice is half of yoga.

We need to establish new patterns of thinking and movement in order to break free of the grooves into which the wheels of the bodymind are so firmly entrenched. The other half is letting go of even these new patterns.

Our earthly bodymind vehicles find themselves stuck in sometimes painful, uncomfortable, unfulfilling, or sometimes just boring ruts. Though yoga we are treated to a momentary experience of freedom as our tires are lifted from those ruts into new, exciting, and uncharted territory. And then we fast find ourselves channeling new ruts into which we begin habitually thinking and moving.

Practicing yoga religiously means defending the integrity and importance of those new, 2nd order ruts. I am not suggesting that we immediately stop practiced any pre-packaged sequences taught from laminated, spiral bound books tucked neatly behind the mats of eager young yoga teachers. What I am suggesting is that we take a cue from Shunryu Suzuki, author of Zen Mind, Beginners Mind:

If your practice is good, you may become proud of it. What you do is good, but something more is added to it. Pride is extra. Right effort is to get rid of something extra…our effort in our practice should be directed from achievement to non-achievement.

Beginners mind in yoga practice is re-learning mountain pose. It is re-learning every pose and discovering new sequences. It is inventing and exposing our selves to new postures, sequences, bio-mechanical principles, texts and teachers.

There is no such thing as the “right way” to practice. There are safer and more dangerous ways. There are conservative and more adventurous ways. But we will only know which is which by exploring the territory that is our bodies and minds in a way that is liberated from ritual repetition.

1. This translation is from Eknath Easwarans’ “The Upanishads.” They are simple, poetic and so lovely to read time and time again.

2. used Shyam Ranganathans’ translation and commentary of the sutras. We use his translation for our teacher training course because it is a thorough, academic treatment of the text without becoming unnecessarily dense and unpleasant. This is the text I recommend to any and all students interested in learning studying the sutras. 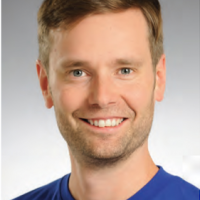