Why Taping Your Mouth at Night can Improve your Sex Life. Taping your mouth at night may not sound very sexy (unless, perhaps, your name is Anastasia or Christian Grey), but there’s good scientific evidence that it can dramatically improve both your sexual prowess and pleasure.

According to Mantak Chia, author of The Multiorgasmic Man, “Learning to control ejaculation and be able to have more than one orgasm starts with strengthening and deepening your breathing… Breathing is the key to maintaining control over the body.”

Stress is the single biggest threat to living a long and healthy life. It can also seriously impact your love life. Erectile dysfunction, premature ejaculation, and a reduced libido are all closely tied to stress. Good breathing is a fantastic tool to reduce inner stress and thereby improve one’s sexual prowess.

How we breathe has a huge impact on our ability to maintain a balanced nervous system. Mouth breathing increases sympathetic activity, the fight-or-flight response, while nasal breathing and extended exhalation increase parasympathetic activity—braking effect—which leads to recovery and lowered stress. Tantric sex and other techniques place great importance on breathing in a relaxed and rhythmical manner to increase sexual prowess and pleasure.

The ability to achieve an erection is linked to a relaxed body, where the parasympathetic part of the nervous system is more active than the sympathetic part. Ejaculation, on the other hand, is activated by the sympathetic part of the nervous system. Stress increases sympathetic activity, making the muscles surrounding the penis tighter, and hence harder for it to fill up with blood. Reduced blood flow to the penis makes it difficult, or even impossible, to achieve an erection. High stress levels can also contribute to premature ejaculation.

The concept is the same for women. Stress and high sympathetic activity leads to tightened muscles and a subsequent difficulty for the clitoris to fill with blood, which in turn reduces the sex drive.

Air that comes in through the nose is prepared for the lungs as it is warmed, humidified, and cleaned of bacteria and other airborne particles. Conversely, mouth breathing allows for dry, cold air full of bacteria to enter the airways. This leads to more constricted airways as they become irritated, inflamed and swollen, and increases phlegm production in order to excrete the increased number of particles.

As breathing is so closely tied to survival, it is always given the highest priority. If your breathing is threatened, due to constricted airways, for example, your body interprets this as high stress and a need to fight for survival. When the body experiences stress, the levels of the stress hormones adrenaline and cortisol increase. Adrenaline has a widening effect on the airways whereas cortisol inhibits inflammations. This is why substances that are similar to adrenaline and cortisol comprise the main active ingredients in medication for asthma, in which the airways become constricted.

There is a close connection between the nose and sexual prowess. Nitric oxide (NO) is produced in large quantities by the sinuses in the nose. When inhaling air through the nose, NO is transported to the lungs where it widens the airways and blood vessels, which leads to more effective breathing and increased oxygen uptake.

In 1998, the Nobel Prize for medicine was awarded to three American researchers who showed how NO works in the body. Their research led to the development of Viagra. Viagra was originally created to counteract vascular constriction, but a happy side effect was that men experienced erections, so it was instead marketed as a compound to enhance potency.

A stuffy nose leads to mouth breathing. Mouth breathing reduces the amount of NO that gets taken into the lungs with inhaled air, and from there to the blood. Mouth breathing not only leads to ineffective breathing and lower oxygen uptake; it also has a negative impact on sexual prowess. A study of 29 male participants with nasal polyps found that 34% of them had reduced sexual prowess, compared to 3% for the control group. Once the polyps had been removed, and the participants had begun using nasal breathing again, this figure dropped to 10%.

There are masses of NO receptors around the penis. When NO levels are high, this enables the muscles around the penis to relax, allowing it to fill up with blood and thereby creating and maintaining an erection.

Female sex drive varies in line with a woman’s menstrual cycle. One reason for this is that progesterone levels are typically higher between the 15th and 28th days of the menstrual cycle. High progesterone levels increase breathing and, therefore, the outflow of carbon dioxide. About a week after ovulation, around the 22nd day and for a few days after, carbon dioxide levels are usually at their lowest, which can contribute to a reduced sex drive.

So, what does all this have to do with taping your mouth at night?

Nasal breathing at rest is by far the most effective way of breathing and taping your mouth at night ensures that your mouth is closed so that breathing only occurs through the nose. In addition to enhancing your sex life, taping also boosts energy and weight loss, increases athletic performance, and improves your sleep. 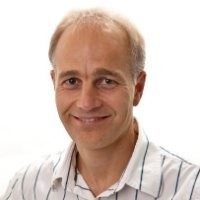