7 Things I Don’t Understand About My Own Culture. 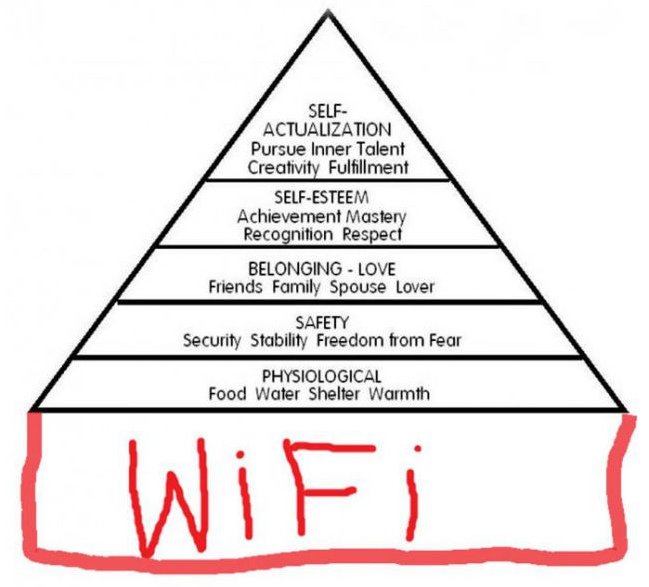 “One of the characteristics of North American culture is that you can always start again. You can always move forward, cross a border of a state or a city or a county, and move West, most of the time West. You leave behind guilt, past traditions, memories.”

I’ve been an expat for six years.

I left, initially with a two-year job contract and haven’t looked back. Meaning, I haven’t seriously considered moving back “permanently” to the USA.

I have visited. And each time I visit, I feel further and further away. Sometimes it’s hard to connect with people; almost everyone is busy-busy and rushing to get somewhere. Thankfully, I have a handful of old friends who will usually make time for a coffee or dinner date when I’m in town.

Now, this is not to say there are no busy, rushed people in Guatemala or that I don’t sometimes get busy, stressed and harried, too. Still, I have engineered my life to be slower, more mindful and meaningful than ever before.

I guess that’s why some aspects of my home (gringo) culture now seem so mystifying. Case(s) in point:

Southpark Meadows used to be the biggest outdoor live music venue in Austin. It’s on the far, far south side of the city. I’ll never forget the July day when Vanessa and I drove there from our town in my first car, which had no air conditioning, sitting in traffic, rubbing ice cubes on ourselves.

We were 16 and on our way to a huge outdoor festival with concerts by Rusted Root, Blues Traveler, Lenny Kravitz and our “all-time” favorite (at the time), Dave Matthews Band. It was the best day of my teenage life.

Today, Southpark Meadows is the biggest outdoor shopping center on the planet. It is the mall. Chain stores, restaurants, a movie theater—anything you want to buy, it’s there. This fills me with infinite sadness.

The obsession with coffee.

I like coffee, don’t get me wrong, but I’ve never been a daily drinker. Over half of the adults in the US (about 100 million people) are daily coffee drinkers and, of course, many drink multiple cups a day.

Coffee is a common crop grown here in Guatemala and most of it is exported; the United States spends $4 billion annually importing coffee! Our coffee addiction as a society is staggering. Don’t even get me started on Starbucks et al.

Somewhere along the line, it seems that our caffeinated culture also got really busy. We’re obsessed with our agendas, planners and calendars. I personally kept detailed agendas as early as age 12 and for many years, my calendar was my life line. And then along came Google Calendar which made over-scheduling every day of my life a cinch.

Now, I prefer to live as schedule-free as possible. Naturally, I sometimes make appointments and have commitments. But I have so few that I just remember them without even having to write them down! My ideal day (and weekend) is one that is blissfully unscheduled, allowing me to be open and flexible with what arises from moment to moment.

I married a Colombian. Due to this fact, I have learned more than I ever wanted to know about our immigration system.

For example, the official US policy is that all “aliens” want to stay in our country, whether legally or illegally. Therefore, when applying for a tourist visa, one must provide documentation proving that they will return to their country and not overstay their welcome.

I just want my partner to be able to visit my family and friends back home. Soon, we will be paying $160 for an appointment for him at the US Embassy which may or may not result in them giving him a tourist visa. Immigration reform is crucial but so terribly slow in its implementation.

The TV and other technological devices.

I grew up watching TV daily. In college, I would gather a group of friends to watch Ally McBeal at my dorm on Monday nights. I was dedicated to watching The Oscars, The Daily Show with Jon Stewart, re-runs of I Love Lucy, Friends and Seinfeld and general channel surfing.

For the past several years I haven’t owned a TV…and it has been awesome. (We occasionally watch movies on DVD or online.) Now, when I visit someone’s home and the TV is always on, I either get hypnotized into watching or flee to a TV-free space.

Tablets and Smartphones are the new TV. I have an iPad mini; I know firsthand how addictive it can be. I’m almost 35 and it has taken me years to overcome my addiction to the touch screen! Most kids and teenagers have neither the desire nor the willpower to curb their screen time. Do adults?

In our corrupt, two-party political system, conservative Republicans and liberal Democrats are polar opposites, yet, paradoxically, both parties are slaves to corporate masters. Likewise, in our polarized society, orthodox Christianity is seen as contrary to the New Age or yoga movement. The poles seem to only grow farther apart.

Whether it’s college football or presidential debates, we love a good fight with a winner and a loser. Duality can also be quite subtle. It could even take the form of a peaceful Buddhist meditator silently passing judgment on all the pathetic people out there who don’t meditate.

Drinking to get Drunk.

Consuming alcohol was more fun when it was illegal, as in before I turned 21. It was a novelty that enabled me to let go of inhibitions and be a law-breaking rebel. I still drank to get drunk plenty throughout my early twenties but the closer I got to 30, the worse my hangovers got, and binge drinking quickly lost its appeal.

These days, I’ll occasionally indulge in a beer or a glass of wine, but usually no more than that. I have turned into a morning person, a tea-drinker and a sober writer…and I love it!

The longer I live, the further off the grid I am getting. Although I don’t see myself moving back to the United States anytime soon, I hope that when I visit, you’ll put away your phone, pour a cup of tea and look me in the eye when while we have a marvelous conversation.

11 Ways Growing Up Abroad is Ruining My Daughter’s Life.