Feeling the Fear & Doing it Anyway. 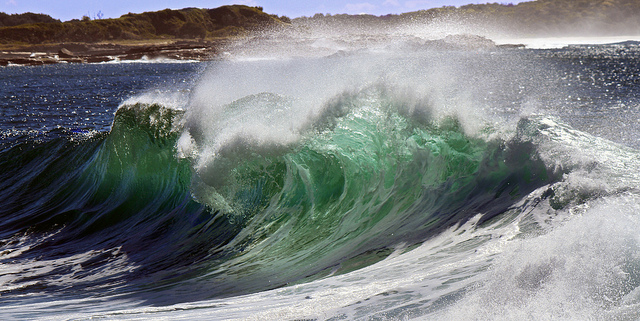 When fear grips our heart, stomach, mind or anywhere else fear lingers, let’s accept it.

When we then summon our immeasurable courage, strength and boldness to surrender to the sensations, we can release the seemingly crippling grip of fear and expand in unthinkably powerful directions.

Fear is a compelling creature that endures in the recesses of our being and silently drives many of our decisions. We instinctually shy away from opportunities, conversation and experiences that spark even a glimmer of fear, because fear, although silent and unseen, often calls the shots.

I’ve made a habit in life of forcing my unseen creature of fear out of its hollow by placing myself in circumstances that cause the creature to jumble my gut with the force of a whirling-dervish.

But, I am not brave. I kick, claw and beg the creature of fear to slither back from where it came, willing it not to force me into feeling the sensations that accompany the irksomeness of the unknown. I’m often fatigued from battling fear, that I’m of little use when actually performing the task that caused the fear in the first place.

What might happen if I ceased this unremitting struggle and just allowed the fear to roll over me? Allowed it to jumble my gut, muddle my mind and release the liquid of nerves from my palms. What might it be like to allow the onslaught to occur and mindfully observe instead of haphazardly battle?

I was in a writer’s conference recently, one of the most vulnerable places for many writers. While flanked by my language-loving brethren, I forced myself to share my mind, with real live people, who were physically surrounding me. I was not veiled behind a screen (my personal comfort zone.)

Prior to the verbal sharing of my mind I pondered my options:

a. Raise my hand and spill my jumbled guts, or

b. Stay still and observe how others bare their intimate soul.

As my conscious mind considered the fact that the first option may actually be a genuine course of action, my subconscious mind released the creature of fear that had been lying dormant for far too long. As the creature rode up on its menacingly black chariot, I felt the perspiration on my palms, the palpable flush in my cheeks and the eradication of clear thought in the forefront of my mind.

Intentionally, steering away from my rote modus operandi, I didn’t fight the fear; I raised my hand, began to move my mouth and willed coherent thoughts to bubble up from the little room of self-knowledge I had slowly been assembling.

I have no recollection of my opening mutterings, my entire being was consumed with processing this new sensation of not battling fear.

As I spoke, I experienced what felt like a physical lifting of my mind, body and spirit. I felt as though I had been lifted out of the fog of fear and the secret key of clarity had unlocked my passion to speak about what I loved. If a metaphysical magic carpet of fear-release exists out there in the unknown, it most certainly nurtured me in that moment.

As I continued to allow my fear to steamroll me, and the magic carpet to uplift me, throughout the remainder of the conference, I became aware of how preferable this method of fear response was for me.

In the waters I had been swimming, I was struggling forward, deeply exhausted from trying to keep my head above water. Now, discovering the novelty of allowing unfettered fear to tumble through me, I allowed myself to dip below the surface and surrender as the gentle waves lifted me up and carried me.

I no longer felt fearful of the fear.

I knew fear was there. I knew it would appear often. I knew what it looked like and I now knew what to do with it—nothing but let it be. I would let it be, without battle, and continue to focus on moving through the actual experience that had first summoned the fear.

I’m no longer poised for battle when facing opportunities that require me to embrace fear.

When it arrives, I will nestle myself in the soft sand at the edge of the ocean that is in constant ebb and flow within my mind and allow that wave of fear to come forward, pound down on me and wash away the muck that had been preventing me from self actualization.

If we all unify in the practice of going within, surrendering to the wave and returning to the present moment revitalized, we will together infuse the world with more courage, beauty and freedom to thrive.

The Sacred Act of Surrender