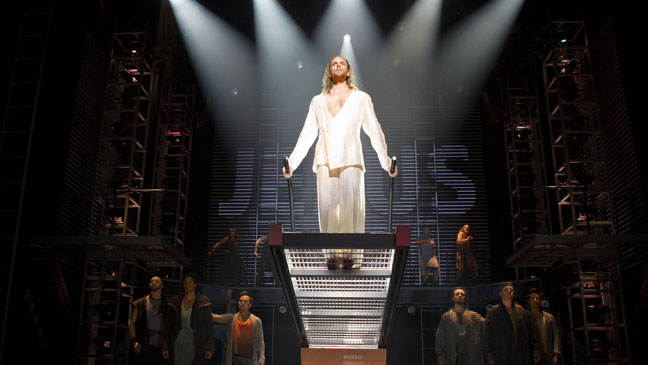 Jesus Christ Superstar (the 1970 rock musical) has been in my musical rotation lately.

While listening I’ve noticed a myriad of roles and archetypes being played out. It is clear to me that the people in the story were “born” to follow particular paths, whether they wanted to or not. It’s as if their paths were set in motion for them—to do certain things, be certain kinds of people.

In listening to this rock musical, you can hear the struggles of the main characters. Even though they were on a train they couldn’t get off, there was often a denial of the path, or an attempt/desire to circumvent it.

Jesus’ devotion to God was strong, and even he had his doubts. He wondered why he had to fulfill the path he had been put on. He often doesn’t know what is going on, and even wonders if God has abandoned him: “Why have you forsaken me?” he exclaims while hanging on the cross.

I asked my friend Travis about Buddha. I wanted to know if there was a time in Buddha’s journey when he doubted his role, as Jesus had doubted his. After taking a second to think, he shared this with me:

“In some of the sutras there are things that lead one to think he had doubts along the way. He went through three, or four major paths, casting each aside in turn as he realized they would not work. There is also the story of him stopping a battle by standing between the armies. He then moved on with his sangha a couple of weeks later. After he had left the area the two clans had their battle. When Buddha swang back by he stood in that field and wept, knowing that the simple existence of a Buddha was not sufficient to cure the world.”

When two great teachers of our time express doubt and uncertainty and struggle as to their roles and path, it makes me wonder if this might be a struggle that almost every human has, at one time or another. This is obviously not about Jesus and Buddha—this is about me, this is about you.

A friend once told me that she had put her boyfriend up on a pedestal and is now realizing that he cannot live up to her expectations. When my friend told me this story, I felt myself become indignant at her! I asked her, “Why did you do such a thing?” She responded, “How could I have not?”

Doubt comes up for me about my roles and the roles of others. As mentioned above, sometimes I see our stories as imperfect, that life “should have” or “could have” happened some other way. Using my imagination, which is basically the biggest talent (for better or worse) humans have, I can easily create “life would be better/worse” stories. But the thing is—I can’t ever really know, and that presupposes a world in which the past was actually not perfect to begin with, and that is something I can never prove either. This idea is just something I can propagate by using my imagination.

I also sometimes fall into a trap of thinking that some roles are good, and others are bad. But roles are roles. And I’m not in control of my roles or anyone else’s roles. When I take time to inquire, those hidden “better/worse” stories come out into the light and can be seen through, and the “should/could have done differently” stories lose their pull.

An hour after starting to write this blog post I was out for a drive when I passed two dogs along the side of the highway. I honked my horn hoping they would not come into traffic. Just having been pondering the topic of roles, I immediately considered mine in the situation. Apparently it wasn’t my role to slow down. I can use my imagination to entertain what it would’ve been like for my role to have been different—but my actual role will never be other than it was.

I was 100% successful at my role—honking my horn and driving by. It appears that my role for that situation existed independently of any personal will, desires, wants, strategic planning, or intellect! It was over in five seconds flat. I did what I did, with no guarantee of what would come next.

Inquire into any situation you’ve ever experienced—could any of those situations actually have happened differently? Could you have played any different of a role? Could anybody else have been differently? This is not an easy search. The answer may overwhelmingly seem, “Yes!”…at first. The more challenging the past and the more stories you have about who you think you are, the more it might seem that you could have/should have done things differently. But if you take some time and inquire, something magical and unexpected will unfold, resulting in a lighter, more care-free version of you.

It’s always interesting, being human. Life rarely makes sense in the way that I often think that it might. Luckily, when I inquire, I find that life doesn’t have to make sense, and in that not making sense-ness, there can be an acceptance of the past, the present, and in my humanity and how it’s playing out. When I listen to JCS knowing that things went down in the only way that they could, I am filled up with compassion for every character in that story. And that’s a pretty nice place to be, because every character is me.

Why I Clean the Bacon Pans (A Vegetarian’s Shrove Tuesday Tantra).