Language & The Philosophy of the Mountains. 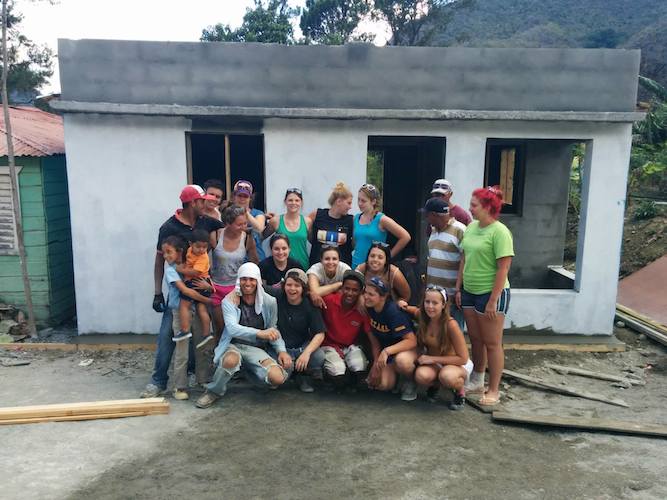 “The only Zen you can find on tops of mountains is the Zen you bring up there.” ~ Robert M. Pirsig

Last May I traveled to the Dominican Republic with a group of people from my university.

We were going there to build homes in the southern mountainous regions with the Canadian/Dominican charity organization SJMF (Siempre Juntos Mas Fuerte—Together We Are Stronger).

The only Spanish I knew was a few simple words and phrases that a few of us looked up and practiced the night before our flight. Despite the language barrier (and a translator whose only English words during the day were “no rum, no English”) we became completely connected to the community and the two young families we were building the houses for.

During the trip I tried, ironically, to put into words and beauty of the connections despite language. This is what I came up with during our last night:

Language is an amazing tool. It helps us communicate and understand each other and is one of the reasons why the human race has been able to share ideas and evolve.

But hidden behind the power of language is its greatest flaw. It is extremely limited. There are so many aspects of life that we simply don’t have the words to express. Like the moment after hiking up a mountain for hours to turn around and feel as if you’re standing on top of the world. Or after meeting a beautiful little girl who doesn’t know a word of English, but somehow I fell in love with her as if she was a lifelong friend. I can’t find words for those moments, which is saying a lot because I love to talk.

Think of the last moment that left you speechless, or made you feel so content and wonderful that “happy” or even “ecstatic” wouldn’t cut it as defining words. I can only imagine that a mother holding her newborn baby for the first time doesn’t have a clue how to take the 26 letters of the alphabet and form them into something to properly express her joy. How do we explain these moments with our limited language? With any language?

This is the place I brought myself to most mornings, waking up an hour early to hike to the top of the mountain with two other beautiful souls to do yoga and meditate (which sometimes just involved standing and staring at the most beautiful landscape I have ever seen in my life). A place where language was not the most important thing, where you spoke (and listened) with your very being instead.

I attempted to write this down on paper for weeks and kept failing. I was so frustrated. How could I be surrounded by that much beauty and not be inspired to even write something while I was in the middle of it? But then I realized that it wasn’t from a lack of inspiration, I just had to quit trying to translate it into words and listen. Listen to myself, to nature, and to the people I could hardly communicate with but loved endlessly. Not only was vocally expressing myself unnecessary, but it was also just as impossible as explaining the color red to someone who has been blind their
entire lives.

Language is important but watching the sun rise over a mountain peak, or learning to get real good at charades in order to ask for certain tools while building, made me realize that a lack of it can be even more powerful. Through experiencing the peaceful solitude and infinite comfort of the mountains and being surrounded by a community who couldn’t understand my words, they lost all meaning and importance. But the connections were some of the deepest I have made.

When you open your heart and let it speak and listen to others, regardless of language barriers, amazing connections are made. Silence, something that used to make me squirm, had become my best friend. Not only when I was alone but also with other people. Most of the time a smile and a hug would do. It could stand in the place of a million words. I found this not only with the Spanish community members, but it caught me off guard when I found myself enjoying it just as much around the English speaking people of the group. Even among people who could easily communicate with words, the conversations got shorter and shorter. Until we were saying nothing and everything all at once.

This place beyond language, when we speak with our actions, with our eyes and with our soul, this is where we’re born. And it’s where we will die. It’s probably also where we should live most of our lives. Because it’s the truest form of communication. Language was created through our interpretation of it, but language is just a story. And explanation of places and people and things which sometimes don’t even fit into the neat boxes we’ve created. True experience cannot be explained, not fully anyway. It’s felt. It is seen and heard with the heart and soul, which is a universal language that everyone can understand. That is if we allow ourselves to slow down, remain quite and simply feel.

This place is where peace and love lives, and where we should too. 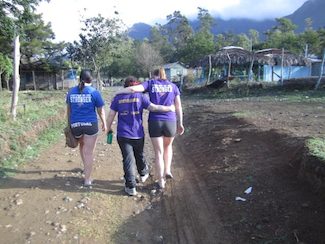 Photo: Provided by the author 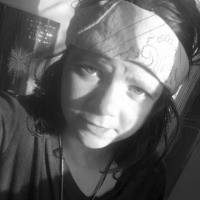