Radical Sabbatical: Insights from a Year away from the Classrooms. 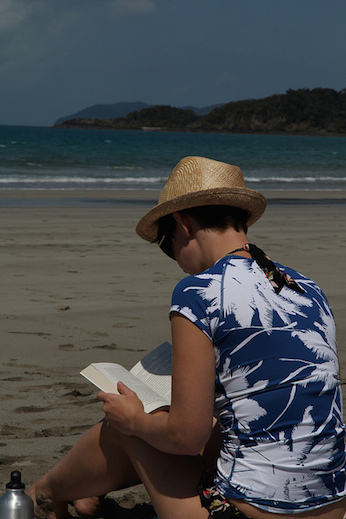 I had been writing this in my head for the past couple of months, but I didn’t have a sign from the universe to pour it into the screen, until today.

On this Monday, I would have gone back to class with all my college mates, who keep getting closer to graduation. Meanwhile, I’m chilling in my room, like it was just another day…

Last night, I wasn’t stressed out about beginning another semester of due dates, all-nighters, mid-terms, crazy partying and sitting down for endless hours of PowerPoint lectures.

My parents might not like the fact that after a “radical sabbatical” year, I’m still not even considering going back to school, but here is why.

The Price/Value of Learning

I watched a very well made documentary film from Argentina, which analyses the origin, evolution and current problems of our school systems. Issues like bullying, age segregation and other “traditional” didactic techniques end up killing creativity.

What’s even more valuable about this film, is how they looked at “hippie schools” that are better adapting and coping with the newer generations of children. Being autistic, having ADHD or some other made-up learning “disorder” shouldn’t stop children from having a chance to develop their full potential, and become whole human beings.

Holistic learning is the new trend, and it embraces the fact that we are not robots or machines designed and trained to do one thing for the rest of our lives. Even more youngsters are finding a deeper connection to their creative power, boosting their imagination and following their passion, it’s called Hackschooling.

Truth is, traditional schooling works, but it doesn’t work well enough, it doesn’t evolve or embrace other alternatives, and its problems are just symptoms of a chronic sociological disease. Furthermore, student loans are accumulating millions in overwhelming debt and the lack of employment after earning a degree, makes it even harder to pay back. Nowadays, It’s only about the money.

“For—profit” education is valuing our cash more than our genuine interest in the value of learning. So what should parents, teachers and, most importantly, students value more?

As Neil deGrasse Tyson put it: “When students cheat on exams it’s because our school system values grades more than students value learning.”

Too Cool for School

Speaking in a non-egoistical way, I did feel like I was too “kewl” for school because I cheated the system; I abided by the laws of procrastination and minimum effort, and we divided the workload instead of actually working as a team. We cheated on exams, and instead of becoming competent, we competed against each other for the best grades—after all best grades get you scholarships.

To my demise, I was really cheating on myself. I had never failed an exam, much less a course until college (of course), but it was the only way I could see that I was behaving and following thought patterns that I didn’t really create, much less want. It was like being slapped awake out of a nightmare, in which my fears of sucking at histology and statistics came true.

I woke up though, and realized I was more than a file in a cabinet or a number on a spreadsheet. I am a human being, fueled by determination and gifted with creativity; with a true passion and yearning for knowledge, experience and wisdom, you can go beyond financial success or academic prestige.

“You can fail at what you don’t want, so you might as well take a chance on doing what you love.” ~ Jim Carrey

Bridging the gap/Leap of faith

It’s amazing how life throws the perfect book at you when you need it the most. I was still having thoughts of regret for sacrificing my scientific career, and was afraid of not having the qualifications for a future dream job. Then a hippie surf girl gifted me The Tao of Physics because she didn’t enjoy reading books in English.

Ironically, I was glad I knew the scientific vocabulary required to fully comprehend the book, which is based on the fact that Eastern mysticism philosophies had already figured out the secrets to life, and embedded them in poetic texts like the Upanishads or the Bhagavad Gita. Then, a couple thousand years later, quantum physicists had remarkably similar conclusions about energy and matter while studying subatomic particles.

That book set off a further reading chain reaction and Kindle shopping spree of even more spiritual books. At first I was reading from the texts that the book was quoting, and after that, I was seeking recommendations from the yoga master that originally loaned the book to that hippie girl, which I eventually returned when I trained with her to become a yoga teacher.

After the transformation, came a deep sense of relief. I found the peace that spirituality slowly distills into the heart, like the process of producing rose essential oil, and every page turned was a petal from a flower of wisdom.

A Misconception of Freedom

Today, I feel genuine freedom in the present moment; Spiritual freedom is letting go of dogmas, of attachment and of those projections of the future that the mind is constantly playing out like a movie…which is never actually filmed exactly how the desire-fueled, ego/director wants to.

Freedom is the ability to stop pretending to be someone you’re not, and start becoming your true self. It is being able to say yes to the opportunities that appear when you’re out there and open to them; It is the chance to do less and be more.

“The most important kind of freedom is to be what you really are. You trade in your reality for a role. You trade in your sense for an act. You give up your ability to feel, and in exchange, put on a mask. There can’t be any large-scale revolution until there’s a personal revolution, on an individual level. It’s got to happen inside first.”  ~ Jim Morrison

I used to (and still do) fantasize and think about earning a degree. I had this dream job in mind, and I believed that success equaled happiness, like a mathematical equation without a solution; I was wasting so much time and energy by thinking this way. But what’s the point in so much day dreaming about the future, and working towards a certain goal or degree without presence in the now?

With presence comes gratefulness, and taking a moment to give thanks for all the learning opportunities and for the blessings of having teachers, coaches, mentors and guidance in life.

Truth is, if it wasn’t for my education, I wouldn’t have been able to write this, but now I know that there are other better, mindful ways to become a whole human being.

“The plain fact is that the planet does not need more successful people. But it does desperately need more peacemakers, healers, restorers, storytellers and lovers of every kind. It needs people who live well in their places. It needs people of moral courage willing to join the fight to make the world habitable and humane. And these qualities have little to do with success as we have defined it.” ~ David W. Orr

Learning can, and does happen outside of classrooms. It’s just a matter of deciding whether you want to learn in quantity or if you’d rather learn quality.

It’s a matter of finding your true passion and answering your calling.

It’s the best cure for a case of the Mondays.

33 Ways to Learn that are Way Better than Traditional Schooling.