Why Alternatives Remedies can Help, Even if they don’t Work. 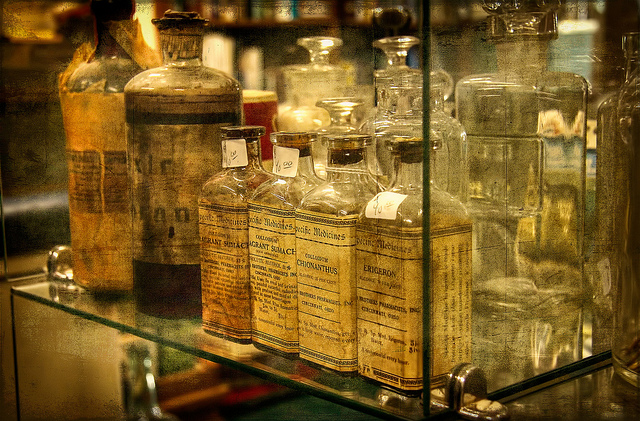 One of the more frustrating things I experienced, while my father battled Stage 4 Cancer for three years was his insistence that various alternative remedies could cure him of the disease.

At first, I humored him, thinking that the various exotic fruit, vegetables and herbs he steamed, juiced or ate raw couldn’t hurt him. Both his oncologist and I became increasingly worried when he revealed that he was choosing his alternative remedies over the conventional treatment, prescribed by his doctors—prescription drugs, radiation and chemotherapy. (Plus, there was the very real chance that some of these “natural” cures could actually interfere with some of the drugs he took for his Type 2 diabetes.)

Another drawback was the cost. My father didn’t have a lot of money to begin with and went into debt to afford the various herbs and supplements his various “healers” recommended.

Eventually, he did turn to conventional treatment, but right up until the end, he remained convinced that there was some magical plant or natural regime that would cure his cancer or at least prolong his life. Indeed, it wouldn’t surprise me if he credited the alternative stuff for giving him three years instead of the 18 months he was originally given.

Fast forward a few weeks after his death, I happened to stumble upon the case of Jessica Ainscough, the young Australian woman who, via social media and her widely-read blog, Wellness Warrior, chronicled her seven year battle with a rare form of soft tissue cancer called epithelioid sarcoma.

Like my father, Ainscough’s diagnosis offered little in the way of conventional cures. Her doctors recommended she undergo the amputation of her left arm at the shoulder to prolong her survival, but Ainscough decided to forgo that and instead embarked on a radical diet and nutrition plan, and took up meditation and yoga.

The plan was far from easy.

On a typical day, she ingested up to 20 pounds of fruits and vegetables and gave herself five coffee enemas throughout the day. She noted the monotony of her days and said, “I don’t even remember what it’s like to be able to leave the house for more than an hour without worrying about juices or enemas.” Still, she stuck to it and last year credited her dilligence for being able to lead “a very full, healthy and happy life despite having cancer in [her] arm.”

However, that “full, healthy and happy life” was cut short last week, when Ainscough died on February 26th at the age of 30 from cancer.

While critics have jumped on Ainscough’s death as proof that alternative remedies do not work and that she gave other cancer sufferers a sense of false hope, there may be something hopeful to be gleaned from her situation and that of my late father’s.

While they may not have cured their cancer, their respective beliefs in the power of alternative remedies plus the feeling that they were somehow in control of an illness—which is by its very definition all about a lack of control—may have prolonged their lives or at least allowed them to live their remaining days in peace.

Indeed, in her recent book, Radical Remission, Kelly A. Turner, Ph.D., cites taking control of one’s health and following your intuition as two of the nine keys she has found when she has studied people “who have defied a serious or terminal cancer diagnosis with a complete reversal of the disease.”

While I am not a researcher like Turner, I witnessed my father having hope, doing something to cure or slow the prognosis of his cancer, radically helping his over all attitude.

While it may be tempting to feel sadness when hearing about a case like Ainscough’s—and let’s face it, it is sad that such a beautiful, talented woman lost her life at such a young age—I like to believe that the words she wrote about living and thriving with cancer was true. (Based on the accounts of her family and boyfriend, it seems they were.)

While the problems of cancer sufferers and others with deadly illnesses, turning to alternative therapies should be discussed, the possible benefits should not be ignored, being that one benefit is hope.

Perhaps one day, instead of being at odds with each other, conventional medicine and alternative medicine can work together.

Until then, for those battling cancer, may you succeed no matter which path you take.

Lessons in Dying (Courtesy of My Father).