Artist R. David Chambers recently told me how he had received an email from Facebook advising that his artist page could be permanently deleted for showing the picture below. 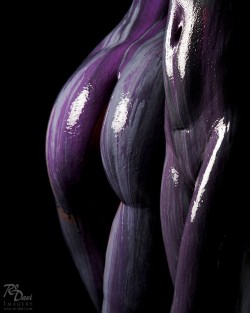 David is a photographer, and a portion of his work is supporting charities in the DC area by taking photographic coverage of events.

Often shy when the camera was pointed towards them, the women would often say, “I’m not pretty enough to be photographed.” This touched David’s heart. He knew that they just needed to see their own beauty through an alternative perspective.

As David has previous experience with fine art portraiture, he found a way to encompass art and photography in order to help put these women at ease and help them gain a more positive self-image.

David had previously worked on a project which he calls the Ying Flowers series. As he explained to me, “Life is a dance, and we often fail to recognize the beauty of the fading moments.”

When he reflected on the work he had created with this project, it gave him the idea to combine this project with the naked body. Due to various comments from women describing their low self-esteem, David realized:

“There is beauty to be found where others do not look for it, or choose to see it…particularly in themselves. To capture the moment in an elegant and compelling way that speaks of the essence of the subject in an aesthetic and yet, ethereal way, to see the beauty in front of you, but reading past it to the beauty that is also within.” Although David is aware that an image can be superficial, he also knows that if one can feel attractive by finding beauty in something they dislike about themselves. 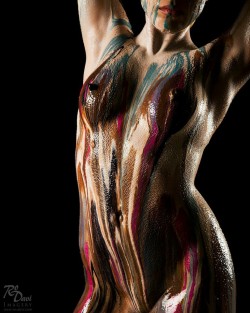 David knew that by combining art with photography, the images would not be solely focused on physical attributes, but a focus to help to create a more positive mindset.

Brittany Ramney, a woman who was photographed by David, spoke of her experience: ”When I was younger I used to get made fun of all the time. Got called names based off of my looks.  was very shy and self-conscious about my body. Then I got pregnant and I thought that I was ruined….Even though I have been working hard to create the body image I want, it wasn’t until I did these photo shoots that I really felt a sense of accomplishment and actually feel proud of what I have been able to achieve. I truly love my body now, even with the imperfections.

Thanks David Chambers for helping make me feel beautiful!” 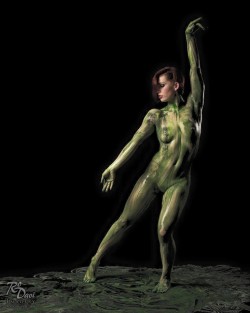 David explains that some of the most rewarding shoots are the ones that do not make it onto his website or onto his social media sites.

Sometimes the women photographed are so timid about their beauty that they are not ready to put their name to it and share it with the rest of the world. In amongst David’s images there are pictures of women who prefer to remain anonymous, and each one has found themselves liberated, empowered and a with an afterglow of radiance and a sense of refreshment after the shoot.

With each photo shoot David says he “looks past the obvious and sees what is there beyond what others might stop on…a different frame, a reference, a different perspective…and just as important, to create a really fun, enjoyable, liberating and empowering experience.”

When Facebook choose to remove images that he posts to share the positive impact his photography and art are having, he says that it is a huge blow to the process of helping these women to see their selves as strong, confident, liberated and most of all, nothing to be ashamed of. 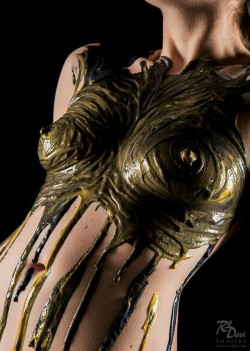 “People sometimes share content containing nudity for reasons like awareness campaigns or artistic projects. We restrict the display of nudity because some audiences within our global community may be sensitive to this type of content…

We remove photographs of people displaying genitals or focusing in on fully exposed buttocks. We also restrict some images of female breasts if they include the nipple, but we always allow photos of women actively engaged in breastfeeding or showing breasts with post-mastectomy scarring. We also allow photographs of paintings, sculptures, and other art that depicts nude figures. Restrictions on the display of both nudity and sexual activity also apply to digitally created content unless the content is posted for educational, humorous, or satirical purposes. Explicit images of sexual intercourse are prohibited…” 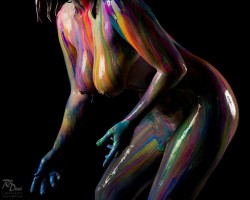 All forms of art are beautiful.

All bodies are beautiful.

Art and bodies combined create a visually stunning effect. In my opinion, this is not something to be removed, hidden from society, or for any person to feel shameful about.

The pictures are all very tasteful, they are not pornographic, and there is a big difference between sexually exploiting the body and creating a piece of art. 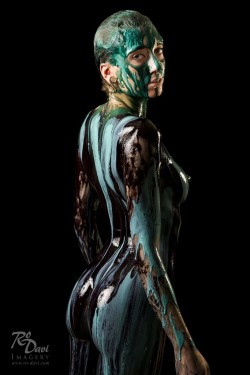 Facebook, however, deems images similar to the one deleted as offensive which could have resulted in a permanent ban for David’s art page—even though there was no skin on show, no genitalia, and in the images both butt cheeks were entirely covered in paint.

Facebook often permits the showing of graphic and violent photographs and videos, which I believe in most cases should not be allowed. It seems violence is fine, naked drawings or paintings are fine, but it’s far too shocking for show artistically created images of the human body.

In this case, the images are so professional that it is barely possible to see the naked butts behind the paint.

Facebook is regularly making changes to what is deemed acceptable by them and what isn’t. Some of the changes have come from the demands from social media users. For instance, images of women breastfeeding have only recently been permitted.

It seems that the body is still seen as something to be objectified rather than a sacred part of who we are. I believe the human body is not something to feel shameful about, however, I also believe there are thick, not thin lines between pornography and art.

Especially in this case.

It appears that there is still such a fear surrounding the naked body. Facebook choose to deem any form of nakedness inappropriate, even though the image that was removed showed no skin. Inappropriately deemed images aren’t automatically removed from Facebook once reported; they are reviewed by a member of Facebook’s team and them the decision is made.

While I know that there are those that will disagree, I just find it very shocking that we are so precious about our nakedness that we cast shame onto the very thing that is the most natural thing we have… our flesh and bones.

And if they aren’t exposed in a way that is offensive, then why the constant furor? 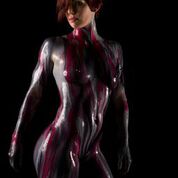 I think objectifying ourselves sexually is one thing, the naked body as an art form is a complete other…

Although David’s work has been primarily of females, he also carries out photo shoots with males.

David photographs models but a lot of his work is also of clients who feel empowered enough to choose to have their body photographed naked as a piece of art and want the images for themselves.

Images: all used with permission from the artist