Dark Side of the Moon: When Healing Feels like Hell. 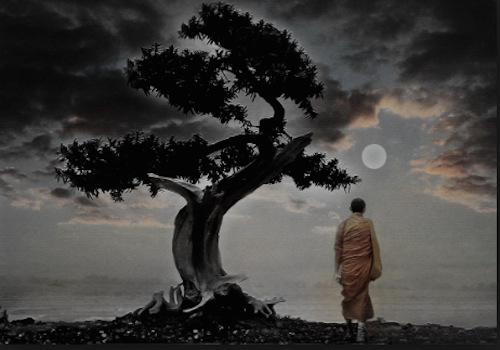 I used to call my humble abode (which was a lung-busting climb above Cusco, Peru) The Cave.

The real caves were a few hundred yards away at a sacred site known as the Temple of the Moon. My cave was austere enough for my purposes: to hold my feet to the fire and see what happened to depression when I refused to run.

This experience brought memories of the many sessions over nine years I spent in the hothouse of a psychotherapist’s office, only to emerge with the same unshakable condition that brought me there in the first place.

I suspected there was something broken at my core but that was altogether self-indulgent.

What I really feared was that I lacked the courage to truly face myself.

My exploration reached an ugly crescendo one particular night in The Cave. While sleep eluded me, the doubts crowded in and multiplied. I throttled down a rising panic.

A desolate landscape emerged: a grey and narrow path. The full moon streamed through a rough-hewn skylight and I felt crazed and exposed, my own madness palpable in the weird luminescence.

That vision of my future mocked my ambitions for a healed self, a whole self. Like Jacob grappling with the angel, I wrestled for control with a furious despair. I couldn’t let go.

What I didn’t know then was that at my broken center was a sense of loss so amorphous and elusive that I couldn’t take its measure. I had been in a state of suspended grief for decades, vainly hoping the hard shell housing my dreams would miraculously crack open.

The indiscriminate defense of depression wrapped itself around me completely that night in the rarefied air above Cusco. The mind tried to cast off its smothering embrace, and failing that, turned on itself. As it always did.

The grief only began to break apart once I left the mountains of Peru, though the intense self-judgment and its false premise had broken up, too. I noted the artificial duality between healing and higher consciousness— which manifests as the notion that one is either “on the path” or giving in to delusion.

Here, I have to confess a certain discomfort with the word healing, and frankly it’s steeped in cultural bias. Compared to the hard science of allopathic medicine, compared to the heft of practice and discipline, it always felt soft and enfeebled.

This is wrong on so many counts it’s hardly worth articulating: healing takes inordinate courage and a willingness to be vulnerable. As a male born into a hyper-masculine family culture, that was always going to be challenging. I was taught that violence was strength and sensitivity was weakness.

During my time in therapy, I received a mental health diagnosis whose symptoms pointed to the wound: the emotional self had not been fully birthed in the age bracket 15-24 months. So there was no membrane between inner and outer worlds. I was an open conduit for rage, shame and terror.

It’s hard to remember in the middle of a healing crisis that challenging formative experiences and their architecture of beliefs is to threaten organizational chaos. Early-life trauma binds us more strongly to controlling mechanisms; the white-knuckled inability to just let go.

That is especially pronounced when I am again in the midst of the dying pains of an old identity. Its beliefs and inhibitions are the slogans of a downsized, protected self: don’t risk, don’t fail, don’t hope too much, don’t succeed, don’t be seen. From the child’s perspective, it’s a matter of survival. From here, the formless bliss of One Taste may feel a lot more like the formless terror of ego dissolution.

In that context, the task of healing has everything to do with developing a different type of strength:

To stand open-hearted and trusting while the very pillars of identity and stability are torn away; to cut the mooring lines of convention and drift into the in-between with an abiding presence of mind to simply wait; to witness the life I was supposed to live recede beyond reach and, in the cadence of Rudyard Kipling, not lament too hard for its loss or strive too fast to fill the breach.

Personally, I do most of those things gracelessly. Nonetheless, healing now begins to resemble the spiritual.

This unmistakable trajectory moves well beyond how Freud famously once framed the goal of therapy as “transforming your hysterical misery into common unhappiness”. Ironically, Freud himself hinted at the broader tableaux when he wrote, in Ego and the ID, of patients whose condition invariably became worse when he told them they appeared better. “There is no doubt that there is something in these people that sets itself against their recovery and dreads its approach as if it were a danger,” he wrote.

The danger, it seems to me, is the pursuit of healing itself when healing demands a radical recalibration of your inner world and the abandonment of security. A successful healing leaves a person changed. Successful healing over time can’t help but transform. Healing is exquisitely painful.

In the language of the late theologian Gerald May, the chasm of the Dark Night of the Soul represents the movement from prayer by rote to a deep, experiential and personal relationship with God. First the old relationship must die, however, and the death throes can mimic the classic depressive states.

The Dark Night of the Soul was coined by the medieval mystic John of the Cross and its meaning is perhaps better understood in his historical and cultural context; most of us do not live in monasteries. But I wonder if the Dark Night in the modern context is both a psychological and spiritual crisis, a yearning for the familiarity of old self-concepts as well as a yearning for one’s eternally true nature.

And the tension between the two offers the very definition of suffering.

In Quechua, a native language of the Andes, the moon is called Mama Killa, an expression of divine feminine energy. Eventually I saw that this blessed lunar light had reached through the barriers of my madness that night in The Cave and I had mistaken process for outcome, purgation for truth.

It seems to me now there is genius in the design of this healing and transcending business. It’s all the one thing. And it’s OK to be broken and to break. Sometimes it’s necessary. 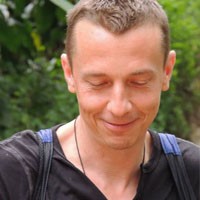