Depression: It Can’t All Be Fun. And that’s probably because it’s not.

There are, however, some aspects of it that are really fun to talk about. You do have to have a certain kind of depraved sense of humor, and luckily for me, I do.

When I’m healthy, and probably when you’re healthy, the energy is there, ready to be used. When I’m depressed, and have so little energy to spare, it’s a big deal.

There’s the whole “getting undressed” thing. Harder than it sounds when you know the whole “getting dressed again” thing is just around the corner. I do that part sometimes, if I absolutely need to leave the house, as my normal attire during this time is pajamas.

But I avoid leaving the house the same way your grandma avoids the internet. So getting in the shower, washing off, drying off, it’s a lot of work coupled with taking off and putting on clothes.

I have curly hair so it’s not like I can just brush it and it will look presentable. Nope. Washing my hair every couple of days is the only way to keep the extreme frizz away, so my hair cannot possibly be made to look good during these times.

I don’t even wash my face. You know those little fish that are used in certain parts of the world to eat the dead skin off of people’s feet? They wish so much that I would invite them over for lunch on my face. There is nothing pleasant about not showering for a week, yet I do it.

When I do change clothes, the dirty ones belong on the floor. That is where they belong, like books belong on a shelf. I see the laundry basket about three feet away, but that has nothing to do with where my dirty clothes belong.

If you know someone who suffers from deep depression, just breathe lightly around them and let them remain in their own filth. You can even get in on the action and stop bathing yourself, as a show of solidarity. Think of the time you’d save that week. It’s really a win-win.

One of the first signs of the depression lifting, is the desire to wash the grime from my body and my hair. It’s a little clue that I’m starting to feel better. If not for this clue, how would I know that I’m on the path to sunlight and laughter again? It’s a very important part of the process.

The best thing about this food that I’m consuming endlessly, is that all that is required of it, is that it contain sugar and flour. These are easy foods to find. Simple carbs release endorphins in my brain, and they are desperately needed and desired in that mental state.

Illegal drugs are an alternative form of endorphin releasers, but (another unfortunate fact) they are not an option for me. I am in recovery from drugs and alcohol, and have been or five years. It’s interesting to note that half of all of people with bipolar disorder have substance abuse problems. We need to feel better, some way, somehow. The days of drugs and alcohol releasing the endorphins in my brain are gone, so I stick to the sugar and white flour. In copious amounts. This leads to weight gain, and more depression.

If someone handed me a delicious salad with all kinds of fresh veggies and some perfectly prepared fish or chicken, I would definitely not eat it. Some have tried and they have failed. What I need is sugar, coupled with flour. So when the desire to eat something green arises, it is another clue that sunlight is around the corner. That sunlight illuminates the mirror and the fact that I am now 10 pounds heavier, but it’s sunlight nonetheless.

Another delightfully fun part is the total and complete annihilation of my house. It’s another sign that I just don’t care. But to be fair, I wouldn’t have the energy to clean up even if I did care. I leave dishes on every surface dishes can be left, in every room. I don’t eat in my bathroom so that is one room spared of that particular problem.

In the kitchen there is food left out and trash so full it’s overflowing. At these times I get another trash bag and start filling that up, and it just lays there next to the overflowing can. Of course I don’t take it out, that would be absurd. The last time this happened, it was starting to stink. So I, in all of my depressed glory, dragged the whole can out into my sunroom and shut the door. That’s perfectly acceptable behavior, right? I think so. If you don’t think so then obviously you have a normal brain. Congratulations on that. How does that feel?

The dirty house is usually the last thing to improve. It takes a day or two of climbing upward before my dishes and sink and toilet and floors disgust me so much that I want to clean them.

Now for the really fun part…the brain. This is the epicenter of pain, lethargy, darkness and despair. In other words, the very most fun to talk about. The thing is, when I try to talk about it, I realize there is no way to describe it to someone who has not experienced it. Words don’t do it. Except maybe pain and lethargy and darkness and despair, as I mentioned above. But those are just a start. The rest is not to be described by words.

I wrote this, I know how to use words, so one of the things that I will try to describe with words, is that I feel like people can see into me, see the darkness and shame there. Because even though I know this is something I can’t change, there is shame attached to it. We don’t talk about it, it’s a shameful secret. The truth is that these people who I’m so afraid of, just see a person with a hat on over frizzy hair, no makeup and slightly rumpled clothes, who will not make eye contact with anyone. They can’t see what feels to me at the time like a broken soul. But I feel like they can. So going out in public, having people see me, is just too much.

Give the people in your life who suffer from depression a huge-ass break. Don’t try to “cheer them up.” Nothing pisses us off more. My personal favorite thing to be told is: “You should go or a walk, it will make you feel better.” You go for a walk. You have absolutely no idea what will make me feel better. Although one thing that would make me feel better is if you stopped talking. I need laughter when it’s over. That makes me feel better.

If you really want to help, you can talk about it like it’s not a secret. Don’t turn it into something that berates or shames. But don’t leave them completely alone either. Ask what you can do for them. Let them tell you. It may be bringing them sourdough bread and Reese’s Peanut Butter Cups. It may be leaving them the hell alone that day. But ask them, don’t tell them. Just treat these people as you would any other ill person. Because depression is an illness. And you’re an asshole if you can’t see that. 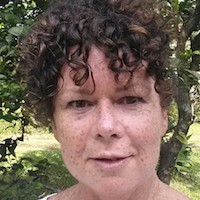