Does the World Still Need the “F” Word? 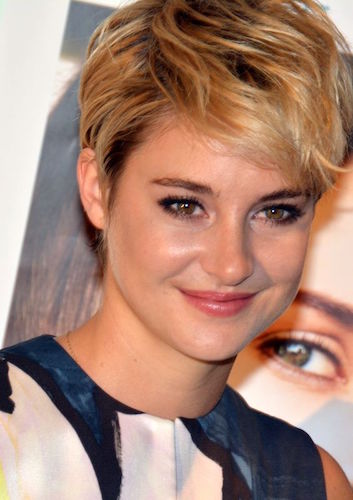 Actress Shailene Woodley recently caused a storm due to her take on feminism, explaining, “The reason why I don’t like to say that I am a feminist or I am not a feminist is because to me it’s still a label.”

She continued, “I do not want to be defined by one thing. Why do we have to have that label to divide us? We should all be able to embrace one another regardless of our belief system and regardless of the labels that we have put upon ourselves.”

I wish that the subject of feminism was a simple as this, but I have mixed feelings on these words and my belief is that this statement is idealistic. I am also aware that to Shailene, this is her truth—this is how she sees the world. In my opinion, it is amazing to see that younger generations are so accepting of diversities and it’s inspiring to witness a view that firmly believes that we are at a stage where labels can be dropped.

Unfortunately I do not think it is quite so simple and my reason for this is that while it may seem easy to “embrace one another regardless of our belief system,” in certain parts of society, the bigger picture is vastly different. Millions of women are still regarded as unequal to men in societies all across the world; they are oppressed, disadvantaged, disrespected and abused.

There remains so much inequality between the sexes.

While I am not a fan of labels, I do believe that certain labels are necessary.

Labels can be detrimental to many and can also be used negatively to shame and belittle in order to devalue—but they can also be extremely empowering when used positively to encourage others to be empowered. We can use them to define and describe causes to bring people together and fight for a cause.

I would like to think that labels can be discarded and become a thing of the past and that we can all exist equally without the need to create divisions by categorising groups. Sadly though, we do not live in an equal society. Inequality is everywhere and in almost everything, it is not just a feminist issue.

This means that there are groups of people in every genre continuously fighting for recognition, validation and acceptance, and until that is achieved, it seems the need for labels will continue into future generations. I believe there will eventually come a time when labels can be dispersed and we can all live side by side as one, with no judgements passed, although I do not think that time is now.

I recently had a conversation with my 21 year old child, Charlie, which really drummed home some differences between how generations think. Charlie has grown up in a society where so many barriers that were in place when I was a child have been dramatically broken down. Subjects that were taboo 21 years ago, are now far more freely talked about.

In Charlie’s world, there is far more acceptance towards one another than there was in my world when I was her age, even though we grew up in the same town, went to the same schools and had similar surroundings.

Whilst talking with Charlie, we discussed the subject of feminism and my mind opened further when she expressed her views. I mentioned that I believed something to be “feminist,” to which she replied, “That’s not feminism, it is being human.” In her mind, feminism is humanism, it is a basic decency to offer one another mutual respect and full acceptance. I agree with her fully and I celebrate this thinking.

Charlie believes, like Shailene, that there should be no divides (in her mind there aren’t any) and she finds it shocking that the world needs to define by using labels to highlight differences. However, she is also, like me, aware that it would also be dangerous to drop these labels before education, understanding, acceptance and equality has been achieved.

I would like to also stand in line with Shailene and Charlie’s initial thinking and be rid of labels, however, I also think that the world first needs to catch up with this thinking. And until this happens, feminism is still a key issue. It is a battle. A continuous one. So, while I wish there were no such things as labels, unfortunately, the word feminism is powerful and it is understood by many to be a fight for equality so that women are considered and treated as equals to men and have the same power and rights.

Feminism is not just one battle, it is an array of battles as females do not receive the same treatment and respect as men do on so many levels.

The idea that we should drop labels gives me hope, even though it is something that I don’t believe we are quite ready for. It is in our grasp, it is a possibility for our future generations. Things are changing. Minds are opening, people are becoming more accepting and less judgmental. I am also very aware there is still a vast amount of work to be done as acceptance of these ideas of equality are still missing in so many towns, villages, cities and countries across the world.

Until this is achieved, until women are treated and accepted as equal to men, the label feminism, in my opinion, should stand. When each battle has been fought, (more importantly understood) and every battle won, then the feminism war will be over, and the label can be dropped.

Feminism is not a female against male battle, it is an equality cause, one where both men and women stand side by side in order to make changes and to create a more balanced world.

The Problem with Rejecting “Feminism.”