Education of the Soul: Joyful Activism on Mauna Kea. 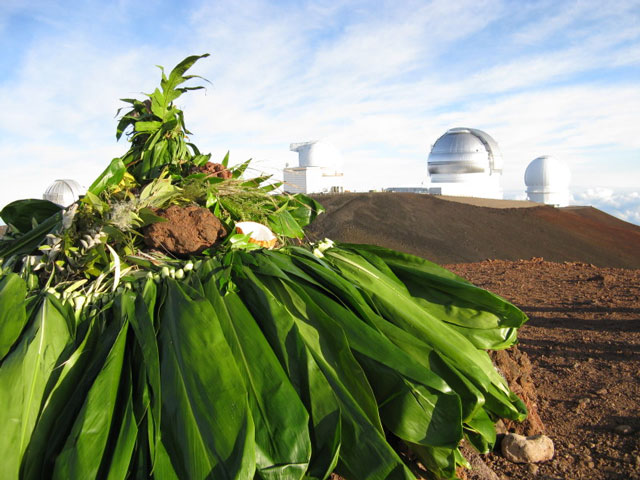 “We need a return to education of the deep soul,” said Michael Meade at the online Wisdom Summit yesterday.

“Wholesome, soulful learning used to be the province of the elders,” he said, “but what’s missing today in most places is the connection between those who are old and have become wise, and those who are desperate to awaken to who they are.”

At least it’s been missing until now. We’re catching glimpses of it all over the globe, and especially in Hawaii on palm-fringed avenues in Honolulu, in parks and along roads on the Big Island.

During the past week, unlikely alliances of old and new, black and white, in-groups and newcomers, malihini, are spreading as neighbors wake up to the fragility of our island’s most sacred peak, Mauna Kea.

My soul has a deep connection to the sacred montain—we live on the shoulder of the largest mountain on Earth in the middle of the Pacific Ocean, and I’ve been practicing the mountain posture in yoga for the last 40 years.

The pose of the mountain is called Tadasana, and within the pose, I’m not only standing on the mountain, I am one with it.

Tadasana is simple. Standing with legs firm and spine long, chest open, graceful head and arms, the pose offers strength, relaxed power and the immovable stability associated with mountains. The stillness of mountain pose is one of the most direct ways to experience your higher self with clarity and reflects our true interconnected nature.

On Hawaii Island, residents are standing for the preservation of the 13,800-foot Mauna Kea to protect its pristine slopes from the uncertain effects of an 18-story astronomical telescope. Some say the ecology-minded cultural practitioners should get with it and allow progress to bulldoze ahead. Others disagree and have taken to the streets in “joyful activism” to assert their protective stance.

The soulful education of standing on the mountain with elders  teaches us tolerance, sustainability, compassion and core values that matter more to most people than property values.

Unless you’ve really experienced Tadasana and the sacred, joyful activism of Hawaiians against international corporate powers, it might be hard to understand—it’s like holding your ground, stirring the winds of truth, and letting go with aloha, all at the same time.

In Mountain pose you feel your roots burrowing in veins of basalt, lava and bones, smell the limbs of the woody ohia and sense arteries of water, the Earth’s blood, flowing to the sea. You hear the palili bird and come to feel at one with the feathery and crusted snows on the mountain’s summit. Sparkling mists undulate across the sky and the elders say these are revered family, immortalized in ancestral songs and brimming with the higher winds.

The mountain reminds us to stand firm in the storms of change and yet still adapt to the natural forces of gravity, rain, light and heat. We don’t need more growth on the mountain. We need transformation in our hearts so we can hear the soul of the mountain educating us.

Unless you’ve experienced what it’s like to be part of something larger than yourself, you might not be able to fully empathize with a mountain or hear the call. Nature’s divine mountain energy isn’t based on the cultural norms of division, superiority and judgment. Unless you’ve felt the rain on your face, been dizzied by mudslides and reckoned up a steep path at night without a compass, you probably wouldn’t understand.

Walking a path that is guided by intuition as much as science, that values people more than profits and that aligns with the sacred mountain energy, isn’t going forward in the dark. On the Sacred Mountain, we’re progressing toward the light while staying in touch with what’s pono—which in the Hawaiian language means it has backbone, is deeply right and aligned in the many worlds.

I send deep gratitude to Aloha ‘Aina, Mauna Kea Legal Defense Fund, and others who are standing tall on Mauna Kea, and all who stand in Tadasana in solidarity with the Sacred Mountain.

You are invited to participate next Monday before 6 am, Hawaii Standard Time, April 20, 2015, on the slopes of Mauna Kea, or wherever you are.