How Gentlemen Ruined My Feminist Views. 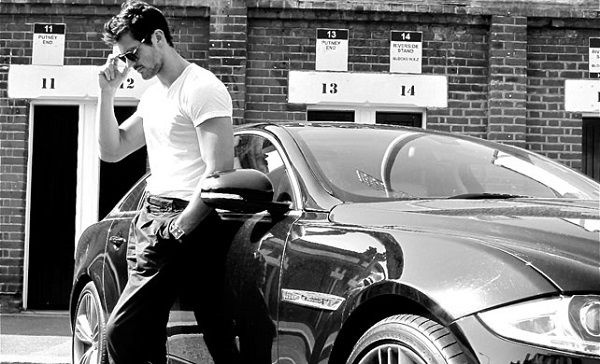 1. A man of gentle or noble birth or superior social position.
2. A well-mannered and considerate man with high standards of proper behavior.
3. A man of independent means who does not need to have a wage-paying job.

I’m getting an image of Mr. Darcy from Jane Austen’s Pride and Prejudice. Don’t get me wrong, I’m quite fond of Mr. Darcy. I’m not opposed to either men with manners or those of independent means. ‘Superior social status’ is where I begin to feel uncomfortable.

Allow me to re-define “gentleman” and to say that I have, in fact, known a score of real gentlemen. I’ll further qualify the below definition as being my own opinion. One of the best pieces of advice I’ve ever received was at Findhorn Community where the facilitator of a workshop I was attending allowed us to make “I” statements only.

A gentleman is one who:

1. Carries himself with a quiet but palpable confidence of his own place in the scheme of things (this has nothing to do with social status nor financial means)
2. Is well mannered, and speaks well of and to women.
3. Offers his unique skills to women and men equally, when the occasion calls for. (Yes, like opening doors for us and carting the groceries in)
4. Kindness is his motto: to the planet, children, women, men, et al.

Now, I could add more to that list, things that are peculiar to what I personally look for in a gentleman:

Table manners (if I’ve cooked a good meal, I’d like to eat with a man who understands utensils), does not have one face for his partner and another for his mates, takes time to understand the complications of women’s culture…I could go on.

My earliest experiences with feminism began in high school. An “all girls” school. Run by nuns. Getting the drift? A strange mix of feminist views and old fashioned propaganda. Anyway, I cannot begin to tell you the discussions had around the lunch table about what ‘feminism’ really was. It was the seventies; ripe years for societal change towards women.

One nun told me that feminists were lesbians who hated men and that I should stop reading so much. No lie. I can’t make that up. Luckily for me, I was already an addict of the written word, and had a good social studies teacher to consult with. So I made up my own mind about feminism.

The dictionary definition of “Feminist”:

“person whose beliefs and behavior are based on feminism.’”

Not all that enlightening.

My definition of “feminist” is as follows (pointedly influenced by my experiences as a woman over the years):

One who works towards the advancement of women’s rights and gender equality within society.

That’s it. But that one sentence encompasses a host of sub-definitions that I apply strictly to my own walk. And these are:

1. I won’t presume to know what another woman’s walk is.
2. I don’t have a right to tear down other women, no matter how our opinions on ‘the man’s world’ differ. (there’s enough of that out there, right?)
3. I consider myself equal to men in many ways but unique in my equality. Equal in rights, yes, equally essential to the human experience on earth, yes, but unique none-the-less and I appreciate when a man understands my differences.
4. I refuse to have to prove my worth as a woman. To anyone. My worth is a given. I understand my feminine self-worth and having to prove it is an act that undermines my dignity (although many have fought for my ability to not have to in years past).

So where does a feminist of my own definition stand in relation to gentlemen?

I love them! They’ve ruined my younger self’s view that gentlemanly manners undermined my strength as a woman.

I love when a man notices that I’m struggling with my parcels and offers help. Oh, I can do it, of course I can do it, I’ve given birth after all, but I don’t need to prove I can do it by refusing help or being angry when it’s assumed I need it. I see women struggling with things all the time, a capable man in close proximity…. just standing there, watching, and am sad about how far we’ve come.

As one human to another, forgetting that one of us is a man and one is a woman; “helpful” is a good thing.

I like when a man treats me like I’m special and it’s his privilege to treat me as such. I was born special. Not useless special, not weak special, just extra f*cking special! I’m a girl after all. Acknowledging my female-ness does not make me a dainty morsel to be condescendingly coddled, it means that we admire our differences and adjust our relationship according to those differences. I’ve never been good at blurring the lines between male and female. I don’t think it serves either sex well.

I’m still impressed when a man stands while a woman leaves the table. Manners. Love that! Can we go back to that?

I’m impressed when a man waits for the woman to walk through the door first, and holds it open for her. Sexy. I’ve held plenty of doors open for men, and they say they also like being treated with extra care.

I am grateful when a man defers to my opinion on something without saying ‘a happy life is a happy wife’ or some other equally annoying statement. Let’s talk things over without any one of us being dominant or aggressive in our positions. Let’s just give each other the space to have our opinions heard. Equally. I don’t want to be the woman whose desire it is to be made happy at any expense.

We’re in this together, yes?

I like it when a man waits until I order first at a restaurant. I’m also ok with being ordered for. Sometimes. Certain men can pull that off with elegance. There is a place for letting go and allowing ourselves to be treated like the goddesses that we are. Again, capable in our own right; but comfortable with a sensitive man in charge.

I think that what I’m saying is that some of the old fashioned gestures common to gentlemen do not have to be equated with what many times were controlling, abusive and demeaning behaviors towards women in general.

And that feminism does not (in raising our own social standing) decrease the value of men, and gentlemen in particular. I believe that honoring men is a must within the feminist movement, just as we continue to teach men about what it means to honor us.

We’re all learning. And we’re all worth more.

My partners’ father, a lovely English gentleman, taught me something very valuable. I never heard him gossiping, nor saying anything about anyone that wasn’t positive in value. He was honest when he said something to his lady love, (who happened to be my mother…a fact stranger than fiction, my mother widowed and he divorced when they met), and did his best to protect her feelings should she do something that angered him.

If he did call her out on something, it was gently, in private. Chastising her in front of others would have, in his opinion, discredited his love for her. Manners and considerations like that are quickly disappearing.

We’re so very comfortable with saying anything, anytime to anyone. I wonder if we truly benefit from this? Something to ponder.

In any case…Gentlemen, this feminist applauds you.

7 Reasons All Men Should Be Feminists.