Kicked out of Harvard, Nature’s Bard (No, it’s not Bon Iver). 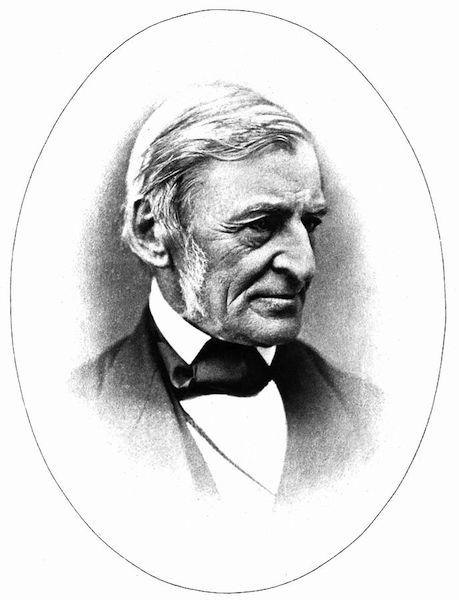 Ralph Waldo Emerson may be making a comeback.

Or at least the look and feel of a somber and intense, nature mystic-cum-philosopher seems to have resurfaced—if not from shades of Emerson then from his longtime friend Henry David Thoreau, who spent an invaluable couple years on the shores of Walden Pond “earning a living with these hands.”

If there ever was an echo of the Transcendentalist tribe of the mid-late 1800s in Concord, Massachusetts, it is the hipsters today, and much can be learned about their roots from the single individual who did the most to inspire (and at times also bankroll) the philosophical, spiritual, educational and literary endeavors of the movement that became the first authentically American philosophical tradition.

Let’s take a trip back…

“Within man is the soul of the whole; the wise silence; the universal beauty, to which every part and particle is equally related; the eternal ONE. And this deep power in which we exist, and whose beatitude is all accessible to us, is not only self-sufficing and perfect in every hour, but the act of seeing and the thing seen, the seer and the spectacle, the subject and the object, are one. We see the world piece by piece, as the sun, the moon, the animal, the tree; but the whole, of which these are the shining parts, is the soul. Only by the vision of that Wisdom can the horoscope of the ages be read, and by falling back on our better thoughts, by yielding to the spirit of prophecy which is innate in every man, we can know what it saith.

The crowds assembled hours before the event was to begin—it was a gathering, a happening.

“Have you seen him before?”

“I heard him in Boston and followed him on the circuit.”

“Yeah, this is my fourth time, I wouldn’t miss him for the world.”

A jaded voice chimed in, “You know, he and his crew hardly make sense but I thought I should see him with my own eyes.”

And so the comments went on and on.

They weren’t queued for a Bon Iver concert or Russell Brand live. The year was sometime around 1845, and the rock star in question was orator Ralph Waldo Emerson.

Emerson sometimes drew 2,000 people a night for his speaking gigs. An even more impressive crowd in that day, given that the population of Boston in 1840 hardly numbered more than 93,383. And good thing that he did, for he was a generous soul, more affluent and successful than many of his unlikely band of philosophers and revolutionaries. It was Emerson’s largesse, and large home and library, that kept quite a few of the Transcendentalists going during their heyday.

I have always loved the Transcendentalists. Like many budding eco-hippies in the 1970s, I came of age loving the ideal of a simple life, as lived by Emerson’s compatriot and younger colleague, Henry David Thoreau.

Thoreau’s cabin in the woods, by Walden Pond, where he made his living “by the labor of his hands only,” was a walk through the forest from Emerson’s house. An odd wall shelf built to house a special book, a drawer in a chair so Waldo would not misplace his gloves, and a special multistoried doll’s house made with such love show how intimately intertwined these two philosopher friends were.

Emerson is close to my heart, almost in equal measure for his philosophical ideals, his monkish habits, his idealism and realism, and his homespun mysticism founded on profound experience and in-depth inter-spiritual study. He lived immersed in contemplation, long walks in nature reflecting on solitude and the beauty around him, what that beauty meant about the nature of soul, God and man. He spent long hours in conversation over afternoons, evenings, years, and decades with a close group of co-conspirators who each thought creatively and for themselves.

What we commonly call man, the eating, drinking, planting, counting man, does not, as we know him, represent himself, but misrepresents himself. Him we do not respect, but the soul, whose organ he is, would he let it appear through his action, would make our knees bend. When it breathes through his intellect, it is genius; when it breathes through his will, it is virtue; when it flows through his affection, it is love. And the blindness of the intellect begins, when it would be something of itself. The weakness of the will begins, when the individual would be something of himself. All reform aims, in some one particular, to let the soul have its way through us; in other words, to engage us to obey.

That to me encapsulates my own philosophical and spiritual roots: close friends and conversations; meditations, reflections, reading, writing, and conversation again; passionate disagreements about subtle points of metaphysical truths; experiments in utopian communal living; concern for the future, effort to envision new structures of culture but not at the expense of the spiritual.

Emerson had reflected that once the Transcendentalists actively took up the social cause of abolition—one they believed in but were divided about how to apply their energies—that would be the end of their metaphysical movement.

And true to prophecy, when the violence over slavery came to their doorstep on the streets of Boston, there was no further postponing an active involvement of what was about to explode into full-scale civil war.

Though Emerson continued to lecture until 1870, the movement as it had been known was never to be revived, though its writings, its magazine The Dial, and its heroes changed the future of our fledgling nation.

When I got married, I chose as a “church” the unheated, unpainted barn adjacent to Bronson Alcott’s house. In front of the rough-hewn building, a giant oak tree with a bench that wraps right around its trunk, a bench that overheard many an hour of reflection with Emerson, Alcott, and others on child-rearing for greater freedom, self-reliance, and the nature of the universal soul.

The Concord School of Philosophy was founded by Alcott in 1879, hosted lectures with R.W. Emerson, Julia Ward Howe, William James, and Elizabeth Peabody, to name but a few of the greats from this club that had no membership code yet everyone seemed to know if they belonged. As James Freemen Clark quipped, “We are called like-minded because no two of us think alike.”

My wedding included of course an affectionate and revealing philosophy discourse. My husband-to-be and I spoke of a life lived by philosophical ideals, of the experiments in utopian living that rivaled the parodies Louisa May Alcott captured in her satires, with our hopes, inspired by the legacy of Emerson, to draw forth truths that would nourish paths for years to come.

What Did Emerson Believe?

Emerson’s insights cover virtually all major areas of human life. History and nature, soul and ethics. His call for direct experience and investigation rose from a well of humility and respect for the mystery of spirit.

He wrote of a universal soul accessible to all. He preached a life of conscience and recognition of the evolving nature of the world around us and within.

He wanted everyone, men and women alike, to do the challenging inner work of awakening.

Trust thyself: every heart vibrates to that iron string. Accept the place the divine providence has found for you, the society of your contemporaries, the connection of events. Great men have always done so, and confided themselves childlike to the genius of their age, betraying their perception that the absolutely trustworthy was seated at their heart, working through their hands, predominating in all their being. And we are now men, and must accept in the highest mind the same transcendent destiny; and not minors and invalids in a protected corner, not cowards fleeing before a revolution, but guides, redeemers, and benefactors, obeying the Almighty effort, and advancing on Chaos and the Dark.

Emerson’s essay “Self-Reliance” has been misunderstood as a justification of extreme individualization, a particularly American postmodern ideal.

To understand what he refers to when he says self-reliance, we have to first inquire, “What is the nature of the deepest sense of self? Could there be a universal—rather than only psychological or personal—self?” Then we may be talking about the same self as Emerson. In this profound and visionary work, he points to a quest for spiritual truths beyond dogma, for direct realization, apprehension of the Divine without intermediary, for an awakening to Spirit that ruffled many feathers but sowed many seeds for a spirituality of the future.

His views, so recognizable today, were so inflammatory, that when he extolled the direct access to Spirit and the example of Jesus as an awakened man to the graduating class at Harvard, he was asked not to return. It took thirty years before he was again invited back to his alma mater at the ivy yard.

Emerson is a distinctly American mystic. Profound. Original. An early work in progress.

With a philosophy that served as a precursor to the Pragmatists, his was a worldview and path that was meant to be lived not from an armchair, with distant deference toward times past, but as a maker of history. His intent is not to mediocritize history-makers, but by summoning all to greatness, he calls each man or woman to be outstanding, to live an engaged life at the edge of wonder and discovery.

If you last read our great American philosophy in a distant school class, or heard only about him without tasting the cool waters yourself, take a dip. The Oversoul, Circles, Nature, Self-Reliance or any of his other essays will be a rare treat. The words and worlds of a great mystic from the backyard of Concord.

There is no great and no small

To the Soul that maketh all:

And where it cometh, all things are;

And it cometh everywhere.

I am owner of the sphere,

Of the seven stars and the solar year,

Of Caesar’s hand, and Plato’s brain, 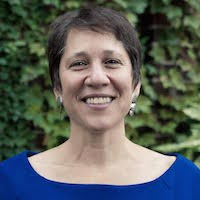