The secret, as is said in Kung Fu Panda, is that there is no secret.

Perhaps that is the secret of the surge today of confessional writing, nowhere more so than in elephantjournal.com.

Either way, there are no secrets anymore: Publishing articles based on one’s intimate life is huge.

Reportage often means going around interviewing people for their information, views and so on. Today we blog, often writing about an always-available interview subject: me.

And so, much of the writing online today is confessional writing and its cousin, advice writing.

First-person confessional writing has a glorious history and also makes up a couple of wonderful chapters in 20th Century journalism and literature.

“Situated at the crossroads of legal, religious and autobiographical discourses, confessional writing has captured the public imagination as no other literary genre has.” ~ Miranda Sherwin.

Ms. Sherwin refers to confessional poetry, said to be a more elevated kind of journalism. Or is it?

The term “confessional poetry” was coined in 1959. It was about time, because by then confessional writing was getting ready to celebrate its 1,600th anniversary.

Confession itself is a big and old subject. It is spiritual, or it can be. It also has been the subject of terrific pop writing and culture.

A personal favorite is “I Confess” (1953), directed by Alfred Hitchcock, with Montgomery Clift, Anne Baxter and Karl Malden. Hitchcock’s movie rode the wave of popular confessional writing that began with True Story magazine. True Story was introduced in 1919; four years later it had 300,000 subscribers.

True Story magazine continues to this day. It began its run as part of the publishing empire of Bernarr Macfadden, who changed his first name from “Bernard” because he believed “Bernarr” sounded more like a growl.

True Story and True Confessions perfected for a mass market a formula that has worked since biblical times.

“Their formula has been characterized as “sin-suffer-repent”: the heroine violates standards of behavior, suffers as a consequence, learns her lesson and resolves to live in light of it, unembittered by her pain,” Wikipedia says.

It’s a statement that ably describes the confessional genre going all the way back to St. Augustine in about 400 A.D.

The sin-suffer-repent cycle works for True Story, it works for elephant journal, and it has worked well for readers “of Deuteronomy through Kings, on the one side, and much of prophetic literature, on the other: sin, suffer, repent, atone, be forgiven,” writes Jacob Neusner.

St. Augustine’s Confessions confesses to his Lord and his readers:

“Where was I, and how far was I exiled from the delights of thy house, in that sixteenth year of the age of my flesh, when the madness of lust held full sway in me—that madness which grants indulgence to human shamelessness, even though it is forbidden by thy laws—and I gave myself entirely to it? Meanwhile, my family took no care to save me from ruin by marriage…”

Who can’t relate to that?

Then Augustine becomes a saint.

“He who sees must not glory as if he had not received, not only the things that he sees, but the very power of sight—for what does he have that he has not received as a gift?” ~ St. Augustine

St. Teresa of Avila wrote the next important genre item, “The Autobiography of Teresa of Avila,” which is wonderful as devotional literature. But while St. Augustine began a sinner and ended a saint, St. Teresa began as a saint and ended as a Saint.

The plot is lacking, in other words.

Confessional writing didn’t take a secular turn for another 215 years.

“Confessions of Jean-Jacques Rousseau” appeared in 1782 with a title aimed at ensuring that readers would not confuse it with the “Confessions” of St. Augustine, in which it was successful.

Rousseau toots his horn with his opening words:

“I have entered upon a performance which is without example, whose accomplishment will have no imitator. I mean to present my fellow-mortals with a man in all the integrity of nature; and this man shall be myself.”

Rousseau, like St. Augustine, begins his memoir with tales of his misspent youth. Only when he grows older does he begin to protect his reputation.

As a boy, “I prattled, I was greedy, I sometimes told lies. No doubt I stole fruit, sweets, things to eat; but I never, just for the fun of it, did any harm or damage, got others into trouble, or teased dumb animals,” he writes.

Rousseau left plenty of material for psychoanalysts to sift. For example, he wrote about the pleasure of a spanking from his nanny, Miss Lambercier.

“This punishment increased my affection for the person who had inflicted it. All this affection, aided by my natural mildness, was scarcely sufficient to prevent my seeking, by fresh offences, a return of the same chastisement; for a degree of sensuality had mingled with the smart and shame, which left more desire than fear of a repetition.”

He enjoyed his spankings so much that Miss Lambercier began punishing him by not spanking him.

Rousseau’s “Confessions” is secular and it is modern in many ways: for instance in the sense that, especially in its later chapters, he lies a lot. It also is up-to-date in the sense that he invents an important variation on the sin-suffer-repent formula: suffer, don’t repent.

Rousseau never repents. He retires. And it turns out he never really retires, he just stops writing the “Confessions.”

Rousseau made literary autobiography into a genre that gave rise to memoirs by Goethe, Wordsworth and on and on up through Theodore Mann and William S. Burroughs. It also made possible the rise of mass market media confessional stories like those in True Story.

At the crux of all these currents and traditions is F. Scott Fitzgerald’s, The Crack-Up.

If you haven’t read it, I urge The Crack-Up on all elephants—writers, readers, editors, supporters, etc.

(Here’s a Web page from Esquire that mimics the original, which is nice.)

Why? Because the essays of The Crack-Up occupy the exact center of confessional writing between fame and anonymity, lies and truth, courage and fear, loss and gain, repentance and sin, literary and mass-market, old and new, and because they are great and flawed.

“Life, 10 years ago, was largely a personal matter. I must hold in balance the sense of futility of effort and the sense of the necessity to struggle; the conviction of the inevitability of failure and still the determination to ‘succeed’ —and, more than these, the contradiction between the dead hand of the past and the high intentions of the future.”

“If I could do this through the common ills—domestic, professional, and personal—then the ego would continue as an arrow shot from nothingness to nothingness with such force that only gravity would bring it to earth at last.”

That wasn’t to be.

“For 17 years, with a year of deliberate loafing and resting out in the center—things went on like that, with a new chore only a nice prospect for the next day. I was living hard, too, but: ‘Up to 49 it’ll be all right,’ I said. ‘I can count on that. For a man who’s lived as I have, that’s all you could ask.’

“ — And then, ten years this side of forty-nine, I suddenly realized I had prematurely cracked.” ~ F. Scott Fitzgerald

Fitzgerald cracked at 39 and never made it 49, dying age 44 of a heart attack in his Hollywood apartment.

Originally published in Esquire’s magazine in installments in its February, March, and April 1936 issues, Fitzgerald in The Crack-Up emerges from his breakdown into a state more like a late stage of the cycle of sin, suffer, repent, atone, forgive:

“So there was not an ‘I’ anymore—not a basis on which I could organize my self-respect—save my limitless capacity for toil that it seemed I possessed no more,” he writes. “It was strange to have no self—to be like a little boy left along in a big house, who knew that now he could do anything he wanted to do, but found that there was nothing that he wanted to do.”

Maybe Fitzgerald, too, died in a state of grace.

You Do Not Have to Be Good 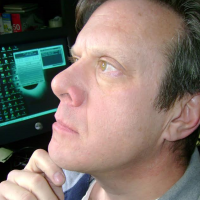