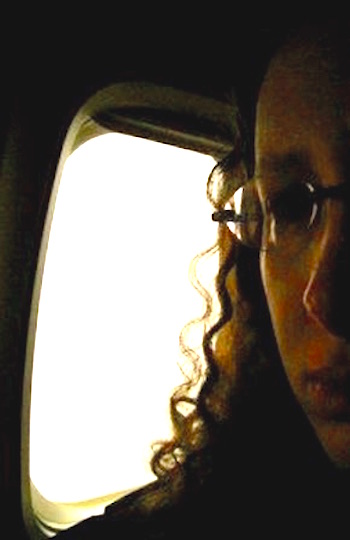 Tuesday, March 24, 2015 was an awful day because I left my beloved Catalonia.

Not only that: it was an early departure, which meant I had to waken my sleep-deprived friend to help bring my luggage down the stairs from his apartment.

Not only that: the usually quick queue for the required Guardia Civil stamp on my VAT refund had lengthened to a 45-minute wait.

Not only that: upon checking my suitcase, the airline agent informed me that I was among the “randomly selected” to undergo an enhanced security screen, and had to report to the gate by 8:10am. It was 8:05am.

She gently suggested I quickly get my coffee and bottled water prior to reporting to the gate. Good thing I heeded her tip, because the Guardia Civil sequestered all of us selected passengers until boarding time, where there was no signal on my phone to send farewell messages to my Catalan cousins and friends.

Since my flight was on a US-based airline, there were no free newspapers, and I clearly had no chance to buy a copy of La Vanguardia prior to departure. As soon as the plane doors slammed shut, tears rolled down my face.

This always happens when I leave Barcelona. Her sky wept with me.

Through the tears and the raindrops, I gazed out the window as the plane taxied past other planes and turned onto the runway, queuing for takeoff. As the plane turned a sharp right—we were next—I noticed the following plane was an airline I had not previously heard of: Germanwings.

Nine hours later, upon landing at Newark International Airport, I turned on the phone and was surprised at the number of messages. The first one was from my Catalan brother:

Translation: “What time do you leave today? They just said that a plane crashed in the Alps that left a while ago from Barcelona.”

To allay his concern, I immediately replied in Catalan that my plane had just landed near New York City, and we’d chat once I reach the gate for my connecting flight. I zipped my phone back into my jacket pocket and sighed.

Upon reaching the gate for my connecting flight with a cup of burnt coffee to relieve a caffeine-withdrawal headache, I saw what my Catalan brother alluded to on a big screen TV broadcasting CNN. Reading the captions, I realized the ill-fated plane had been behind mine.

After reading through the rest of the messages and seeing that my connecting flight would board shortly, I posted a message on my personal Facebook page:

Translation: “I turned on my phone when the flight landed at EWR 90 minutes ago, and received the sad news about a flight that also departed from BCN that crashed in the Alps. What a reminder to tell your family and friends that you love them every time, because who knows if it will be the last time?”

The cab driver and I bemoaned the Germanwings disaster.

Upon entering my apartment, I sat on the floor and hugged my cat. Surrounded by unpacked luggage and Simon purring in my lap, exhausted and a splitting headache, I began to meditate.

After a few minutes of shamatha, I visualized a heavy bitter darkness and breathed that in. With the exhalation, I imagined vibrant rays of healing and gratitude. Inhale suffering and breathe out love.

Tonglen is a difficult meditation practice: we face the deep fear of harm to our heart, and we want to protect it. Yet at times like this, Tonglen can be enormously liberating: facing our fear and letting in pain reveals our capacity for compassion for all beings.

Everyone feels pain in the same way you feel it. The story lines vary, but the underlying feeling is the same for us all.

Each person on the ill-fated Germanwings plane had their own story. They had many delightful days prior to this truly awful day. Two opera singers, whose performance one of my Catalan friends saw 10 days earlier, were on the plane. Also on board were a group of students, with their two teachers, participating in an exchange program with a Spanish high school. A contractor who worked for the Pentagon. Three generations of one family from a village near Barcelona.

Chatting about Barcelona with my students two days later, we stood in the cardio room surrounded by televisions outside the gym’s group fitness room waiting for a class to end, so we could practice yoga.

We watched a CNN breaking news report that the co-pilot deliberately crashed the Germanwings flight into the Alps. That plane was behind mine, I sadly informed my students.

A sickening sensation flashed through my body, as it would with all the subsequent news reports of his premeditation and having sped up the plane during descent, of the pilot’s futile struggle to open the cockpit door and the screaming in the final moments.

None of us wants to end our life screaming fearfully. But if you were one of those unfortunate passengers, could you remain calm and thankful for having fulfilled your dreams? What do you want to do before you die? I posed this question during the New Year’s special classes. Are you putting your dreams into action?

Death has limits. Life is limitless.

Are we so fearful of death that we are afraid to live and love? Are we so willing to settle for mediocrity in the name of social approval and all kinds of security, or can we heed our heart’s desires to be our authentic selves and follow our dreams without fear of ridicule and rejection?

Hearing doubts, jeers, and disappointment hurts. Especially when it comes from well-intentioned loved ones who apparently don’t support your decision because it doesn’t meet their expectations, hopes and dreams for you.

Breathe in the hurt, and breathe out healing.

Breathe in suffering, breathe out joy.

Your emotions arising as your story unfolds become everyone’s feelings from diverse stories. Tonglen is a personal and authentic practice that helps us become fearless and connects us with all beings.

May all beings be happy and free.

May all beings catch each other when we fall.

May all beings fly again and again.

May all beings have delightful days.

Remember to tell your folks and friends—including the ones who ridicule your dreams—that you love them.

The Real Danger behind Equating Mental Illness with Murder. 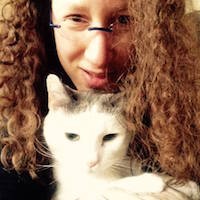