The Danger of Searching for Logic in Response to the Baltimore Uprising. During the past few years, several young Black men, who have been killed by vigilantes and police, have captured the attention of the nation and sparked local and national protests.

This is the short list, the names most easily recognized. There are many more.

With each of these highly publicized murders, there has been a cycle of searching for logical reasons to excuse and explain the deaths. The mainstream media searches for character flaws, parading anecdotes of these men as dangerous “thugs,” with the message being clear—if these men had only done X and avoided doing Y, these deaths wouldn’t have happened.

This is fatal, flawed logic that places the burden on the shoulders of the victims.

But while the mainstream media is easily (and necessarily) vilified for this sort of reaction, what I wish to bring our attention to is the hunt for this dangerous logic within the mindfulness community.

It’s present in the MLK quotes calling for non-violence (importantly, these quotes most frequently spring up on social media when property is destroyed and rarely in response to the actual violence of the police). It’s present in #AllLivesMatter. It’s in the requests for people to stay calm and gather more information, even as a Black man is killed by police every 28 hours.

The search for this sort of logic in the face of systemic injustice is not only futile, it’s dangerous. It needs to end.

When faced with the enormity of Black grief, many of people, specifically white people, respond with confusion, followed quickly by trying to make logical sense of the situation. But that search is fundamentally flawed, because this makes no sense. The system that created need for these protests and riots makes no sense.

Slavery makes no sense—we can agree with that. But it also doesn’t make any sense to have a country’s entire system developed to keep one set of people down, through economic manipulation and violence. So, trying to make sense of it is futile.

As Maryland congressman Elijah Cummings wrote, “This is, without a doubt, the civil rights cause for this generation – this and voting rights. And America needs to wake-up—big time.”

As meditators and yogis and spiritual seekers, we share the common goal of waking up.

But this is not the sort of waking up that smells of fragrant incense and comes in waves of bliss.

This is the sort of waking up that requires long, hard stares into the depths of the darkness of our society. A society that is aware that our young Black men and women are being killed in their streets and in their homes, yet we search for reasons to logically excuse each particular death. We couch it in calls for ahimsa and prayers for peace, but these are flimsy masks on the true face of searching for a logical reason to allow for apathy in the face of the immense fear and suffering of Black people throughout America.

Allowing an embodied practice to separate ourselves from the pain of the world is missing the point.

If we allow the dreamy pursuit of a life of passion and embodied purpose to dull our attention to real suffering and our own inherent participation in it, we are not living up to our potential, nor our responsibility. It doesn’t matter how many hours of practice or meditation we log.

If you’re reading this blog, it means you’re most likely the sort of person that believes a better world is possible.

Looking for logical explanations as a way to defend apathy is not creating a better world.

Through the practice of yoga, we develop the skills to truly engage with the world around us.

The practice of truly feeling ourselves in and on and of the world allows us to look deeper, even when the looking shows horrible truths. It isn’t comfortable to confront suffering. It would be nice if there was a shiny, pretty box that came with all the pieces guaranteed to make the world a safe and happy place for us and future generations.

And no amount of searching for individual explanations will make this task any easier. The reasons have been on the table for a long time now.

This is a country built on racist injustice.

That is the true logic behind these murders and these protests. Searching to explain the causes for each individual murder only distracts from the reality that this happens far too frequently and has been happening for far too long.

Creating a better world is more than just a pretty idea.

It’s imperative. And we simply cannot do it if we don’t take the difficult step of looking deeply at our own participation in the causes of suffering. Attempting to do this difficult work, of truly looking at the root cause of suffering, without the support and comfort of the body quickly leads to apathy. The enormity of the pain and suffering of the world, in many various aspects, is tremendous and in the face of such incredible pain, many people retreat.

But yoga is about engagement.

We need to commit to truly looking, not for something to explain the problem away, but for the underlying root at the cause.

It’s far too easy to turn away.

Keep looking, carefully and persistently, for the ways we can do better and unwind the vicious knots that keep us tied in greed and prejudice. Do it with each breath.

And if you’re wanting to quote MLK, quote this:

“I’m absolutely convinced that a riot merely intensifies the fears of the white community while relieving the guilt. And I feel that we must always work with an effective, powerful weapon and method that brings about tangible results. But it is not enough for me to stand before you tonight and condemn riots. It would be morally irresponsible for me to do that without, at the same time, condemning the contingent, intolerable conditions that exist in our society. These conditions are the things that cause individuals to feel that they have no other alternative than to engage in violent rebellions to get attention. And I must say tonight that a riot is the language of the unheard.” ~ Martin Luther King Jr. 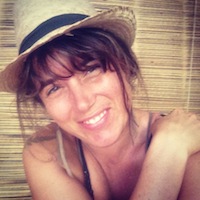