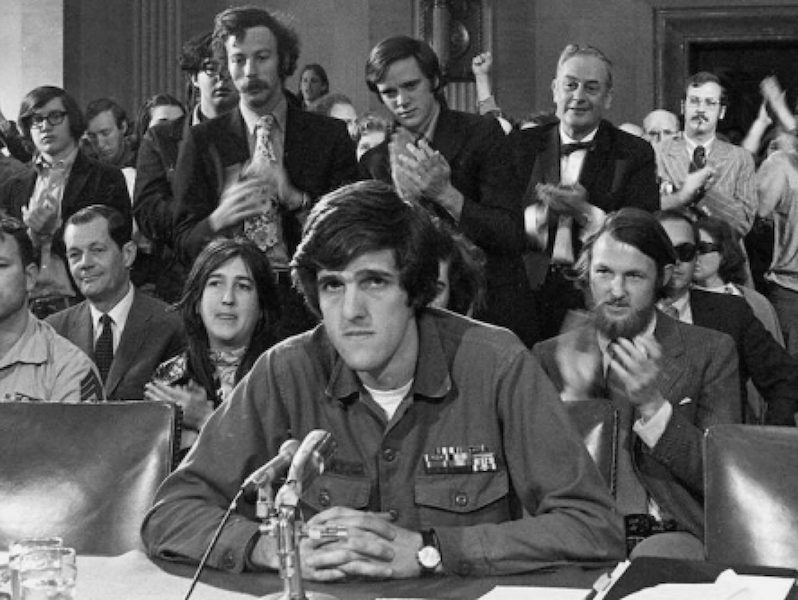 Every time America intervenes militarily in the affairs of another Middle Eastern state, it kicks off a wave of conspiracy theories.

The assumption seems to be that the motives of states are singular. So if there is no obvious motive then the motive must be sought in some secret source of information, say America trying to attain access to some new source of fossil fuels.

But states tend to be more like individuals in that their motives are not only mixed but completely confused. When America entered Iraq in 2003, we had many motives, ranging from protecting Israel to hating Saddam to exploiting Iraq’s oil reserves to feeling guilty over having supported him in the 80s.

There are two predominant lenses through which most people view the actions of states. One tendency, which we might call “moral-mudslinging,” reduces the motives of states to a single drive, which is usually base. Hence, when America bombs Syria it is either for imperial power or else for oil. America wants something, and its leaders must know what it is they want.

But moral-mudslingers will usually say it is one or the other, either greed or power. It is as if they are trying to make the world neat and tidy in order to allow for their own unambiguous moral response. Still, the moral-mudslingers tend to search out and criticize unethical foreign policy, and this makes the world a better place. So when the U.S. invaded Iraq it was these moral mudslingers who came out in the streets and protested against another war for oil.

But this moral-mudslinging fails to account for the rich array of motives that make us human. Individuals are motivated by a multitude of forces, some conscious, some unconscious. We seek to be loved, to be feared, to be secure, to be comfortable, to be understood, to have it all, to do good, and to leave something after we are gone. Dictators, being human, will be motivated by many of these desires, often struggling to integrate them into some coherent course of action. So when Putin took the Crimea, he was probably making more than just a power grab. He was also perhaps seeking to protect its citizens, expressing disdain for Europe, bolstering the Russian economy, and expressing his unconscious desire to be seen as great.

Democratic states integrate these motives in their own ways. Since the makeup of a democratic government depends on what the people want, and since this changes at regular intervals and varies from district to district, democratic politicians represent a multitude of wants. The wants of the constituents are channeled through their own moral ideals, their urge to succeed, their need to be liked, etc. The same process is at work in a plutocracy as well, with the only difference being that politicians must channel the drives of a range of wealthy people and groups, which are just as conflicted and confused as those of democratic peoples and dictators.

Let us call the people who see this complexity the “moral-mudmakers.” Once we recognize the complexity, it becomes very difficult to say just what exactly is happening and why. Moreover, we have to admit that we ourselves are subject to this same multiplicity of drives. So, when we criticize the reasons of state, we will do so with some humility, and that humility makes it difficult to take strong moral stands. The people who recognize this multiplicity of human motives tend to go around saying things like “life is complex.” And in the process they justify and explain away a lot of injustice, but they are also often more sophisticated. And while the moral-mudslingers like to think they are hard headed realists, the moral-mudmakers present a much more believable picture of our humanity.

When people become moral-mudmakers they tend to spend less time protesting and more time seeking to understand, and they tend to see this as a sign of maturity. This is a common response to the Israeli occupation of Palestinian territories. Once people see that it is motivated as much by fear as a lust for land, they tend to slacken their resistance. But the occupation is a colonial project that involves a constant violation of international law. And like most occupations, its methods are brutal.

There is something pathological about this sort of maturation, for it sacrifices the ability to engage in ethical action at the altar of complexity. Human motives are complex and we all have mixed motives for most of what we do, but this does not negate the need for ethical principles. Yet the moral-mudmakers have a hard time squeezing what they know into slogans or even opinion pieces. So unless they are political professionals, they tend to shy away from political campaigns.

But when moral-mudmakers start slinging mud, they can be unusually powerful. They are powerful because they understand and include so much more in their mud-balls. They can include themselves in what they are criticizing, and this makes it easier for their opponents to admit their wrongs. And they can appeal to the higher motives of their opponents as well. Martin Luther King, Jr. and Nelson Mandela knew how to both make and sling mud. The moral complexity with which they grappled gave them a sense of moral authority and signaled to their opponents that they could be trusted. It is a powerful concoction.

By including more of who we are, it allows both sides of the conflict to relax and to look inside. And this makes it easier to sustain action for the greater good and even better, it makes it easier to win supporters and to even win over opponents.