The Internet Revolution You Missed. 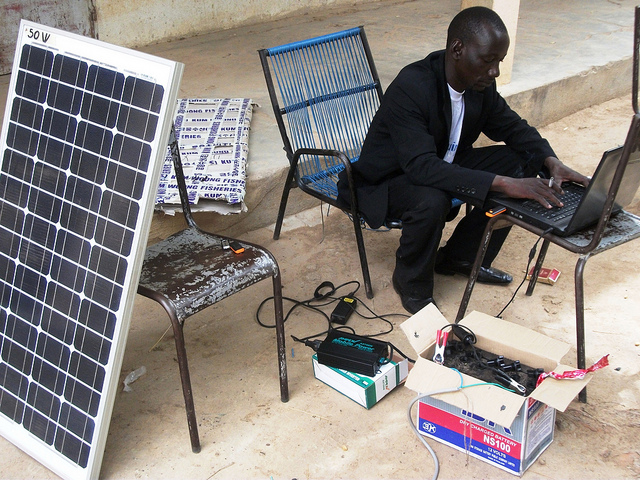 Back in the 80s, Tim Berners-Lee had an idea, and it changed the world.

“Suppose all the information stored on computers everywhere were linked.” He submitted a proposal to his superiors at the European Organization for Nuclear Research in 1989, describing what would later become the World Wide Web. His title, “Information Management: A Proposal,” was about as stimulating as the response he got from his boss, “vague but exciting.”

The World Wide Web is one of those rare inventions deliberately fostered to bring about fundamental social transformation. By providing addresses to each website, and making all of them easily accessible, it opened the Internet, which was developed at the Pentagon in the 70s, to anyone who cared to join. Like farming in the agricultural era and factories in the industrial, the Internet lies at the heart of Information Age infrastructure.

The World Wide Web is used to buy, to sell, to work and to manage. It is the means by which we transfer data, news and goods. Through it we connect with friends and family and even find love. And it is a truly participatory medium through which we assemble, organize and transfer information. “The web was designed so every user could be a contributor,” notes Berners-Lee. “That sort of participation was the whole idea and was there from the start.”

A single invention will occasionally transform the nexus of human concerns, but rarely is this intentional.
Electricity, automobiles, television, and radio each came to define the 20th century. And they transformed the nature of whole societies. Sometimes they regimented, sometimes exhilarated, sometimes degraded, and sometimes tranquilized. Like the capital of which Marx wrote so passionately, for better or worse, the great inventions of the 20th century first shattered and then rebuilt the human community.

The web was woven to make an impact, and it has become a medium and a template for participatory change. It simplifies and facilitates social organizing by connecting people in ways previously unimaginable. It not only changes what we are capable of achieving, it changes who talks to whom and under what conditions. It changes how we work together and the sorts of entertainment we share. All of this revolutionizes human relations, which groups are most powerful, which institutions most salient, which organizations most influential, and which people matter most. Never before have individuals had such control over their social lives.

It is not simply that we have greater freedom to choose amongst various interests, say what we do for entertainment or edification. We now have the second-order ability to shape the space and time through which we interact, whether online or in person, real time or virtual. We choose between text and phone, Twitter, Facebook and blogs. And we expect an increasing level of control over who joins the conversation. This second-order governance of our lives gives us the capacity to shape the social conditions through which our interests emerge and develop.

Computerization has transmuted a world of objects into one of bits. Information is easier to manipulate than products and services. With each computer connected to all others through the web, virtually anyone can cut, paste, compile and transfer information. This has led to an increase in the number of knowledge workers, the people who work primarily with information. But new information technologies tend to shatter monopolies of information only to see control reasserted at new levels. The printing press, the telegraph, and the television each inspired a concomitant breakdown and reassertion of authority.

We are now living amid the glowing embers of the initial revolution. State controlled media in non-democratic nations must now compete with bloggers, YouTube and satellite TV. Even if they can arrest a blogger here and there, they can rarely match the explosion of expression from below. Advertising departments must now account for bad ratings and reviews, and they increasingly withdraw into insubstantial entertainment, as if in submission to a public that does not want to be manipulated. In one domain after another, we see the nature and scope of authority circumscribed.

But how all of this will really play out is at this stage still indeterminate. Sometimes it appears that my friends in much poorer countries, where Internet access has vastly expanded their freedoms, have adopted a stance continually heard in the West, concerning the way Internet freedoms are being curtailed. Across the globe, we are seeing a simultaneous expansion and contraction of freedoms that is difficult to evaluate from any neutral standpoint.

The Internet is a bit like the radio, which facilitated so much freedom of expression in the West, but was also used to indoctrinate fascists and to organize killing squads in Rwanda. The information economy has come coupled with the breakdown of the welfare state and a massive rise in income inequalities. And it is so constituted as to allow for, and even facilitate, the emergence of an ever growing number of apparently natural monopolies: Google and Facebook, YouTube and Flickr.

The information revolution may either inspire freedom or allow for the consolidation of greater centralized command. But if Google comes to rule the world, the information it uses to control our lives will be filtered from the bottom up, and it will be not an American or a Chinese but rather a global Google. The collapse of proprietary firewalls echoes the fading of cultural barriers. Digital technologies transport us from the material world. While the websites we visit online may be primarily the products of organizations within our own nations, while they may require the support of buildings full of staff, located in real nations with real interests, we nevertheless imagine the web and its websites to exist in the ethers and this is significant.

Since the Internet is global in scope, and since users are free to move from site to site at will, participation online can feel like traveling through a transporter. As the pace of information flows increase, the space of the real world appears to decrease. Online participation frees us from the encumbrances of localized identities, and this transforms the sense of who we believe ourselves to be. Not only does the Internet bind us closer together through real social and trade networks, but the web makes us feel closer to all of humanity. The result is an ever-increasing identification with the peoples of distant places and an ever-stronger sense of global consciousness. When we go online, we become citizens of the world; perhaps this is the real Internet revolution.
If you liked this article, please friend me on Facebook and like Global Minds, where you can join the conversation.

This is an excerpt from Theo’s book, Convergence: The Globalization of Mind.