What I Don’t Find Pretty About the Dove Campaigns. 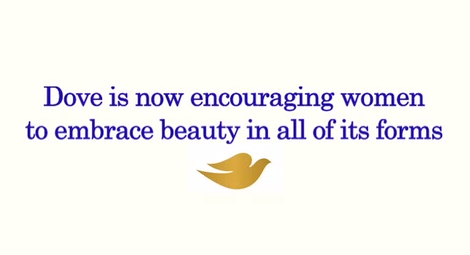 I have to give it to Dove: When it comes to marketing, they are arguably one of the best.

In particular, I am referring to their “The Campaign for Real Beauty.”

Imagine a World Where Beauty is a Source of Confidence, Not Anxiety reads the header. Dove then goes on to list its many accomplishments since the launch of it’s Real Beauty Campaign nearly 10 years in September 2004.

It all sounds good. It is impossible not to be seduced by the words in the header because let’s face it, who amongst us wouldn’t want to imagine a world like that? However, let’s call out the truth here: Dove, which is owned by the global giant Unilever is on one main mission and that is to sell products.

This is not necessarily a bad thing.

As a self-professed fashion magazine junkie and lover of various potions and lotions, I know firsthand the power of appearance and caring for one’s self. Indeed, I probably take it more serious than others because I firmly believe that once someone stops caring about themselves it’s a sign that they may be having some serious problems. My late grandmother was an example of this: right up until the end of her life she always took the time to fix her hair and apply a bit of lipstick even if she didn’t leave the house that day.

Plus, I am a woman who doesn’t fit the conventional beauty mold. When I was growing up, I can count on one hand the number of Asian models I saw peering up at me from the pages of the fashion magazines I poured over or whom I gazed upon on the TV ads.

So why don’t I love the Dove campaign and embrace it 100%? Weren’t these kinds of ads meant for women like me?

Simply put, I don’t because self-esteem and “widening the definition of beauty” like Dove claims it wishes to do means acknowledging that true beauty isn’t going to come from buying a product.

Indeed, one of the first steps to being beautiful is admitting that no one actually needs any so-called beauty products and if you enjoy using them like I do, then you need to know that they aren’t going to perform any miracles.

It’s a cliche, but it’s true: beauty comes from within, it comes from being at peace with one’s self. The words are easy, but the path to get there is hard. Speaking as someone on that path, it’s a pretty hard damn hard to stick to it when we are bombarded with images of unrealistic, unattainable beauty ideals and the promise that the right beauty products, cosmetic surgery procedures, etc. will help us reach this holy grail.

Some of us take it to the extreme.

Recently, the suicide of celebrity dermatologist, Dr. Fredric Brandt has been making the news. Dr. Brandt, who killed himself at his Miami home on Easter Sunday, was the man celebrities like Madonna, Kelly Ripa, and various models went to for various procedures designed to keep them looking camera-ready at all times. Brandt, who, ironically, was known for his natural-looking procedures was anything but natural-looking himself and sported a face that showed multiple cosmetic surgery procedures.

Indeed, as his patient/friend Kelly Ripa was quoted in The New York Times saying, “I’m not going to say he was typical looking because he wasn’t, but I found him to be perfect.”

Others were not so nice. Indeed, years ago, the fashion magazine W “published an article about plastic surgeons and cosmetic dermatologists who [were] their own worst advertisements and cited him as a prime example” under the headline “C’est Chic le Freak.”

Recently, Brandt was in the news again when the recent Netflix series, Unbreakable Kimmy Schmidt, featured a character portrayed by Martin Short that was clearly inspired by him. Indeed, Brandt’s fictional counterpart, Dr. Grant, is so full of facial fillers that he can’t even pronounce his own name.

While many of his friends claim Brandt took it with grace and humor others claim he was upset by it and that upset may have contributed to his depression.

In any case, various comment sections and messages boards about Brandt’s death mentioned his appearance with many asking: How could he not have have known how bizarre he looked to most people? While I never knew him and don’t claim to be a therapist, it is possible that perhaps like many of us, Dr. Brandt was caught up in that unattainable goal of physical perfection.

While it’s easy to scoff at him and brand him as “ridiculous”, he was a multimillionaire as a result his work and was very much in-demand up until the day he died.

He also had a very successful line of beauty products.

Therefore, when I read things like Dove’s Self-Esteem Fund which “was created to act as an agent of change to inspire and educate girls and women about a wider definition of beauty,” the cynic in me can’t help but wonder if the real goal in reaching girls is to create future customers. Would Dove ever launch a campaign to tell these girls that the products Dove makes probably aren’t any more special or different that the thousands of products that litter the shelves of various drugstores and big box stores and perhaps, these girls would be better off saving their money for other things?

Somehow I doubt it.

Rather, what I envision is a real dialogue that is truthful about beauty. Real beauty does come from within.  However, appearance does matter. By all means, it’s okay to want to pamper ourselves and look our bests, but most of the benefits from “beauty products” is psychological. It may not result in many sound bites or taglines, but perhaps it will lead to something more substantial and lasting.

In Defense of Dove.