When Saying Nothing Says it All. 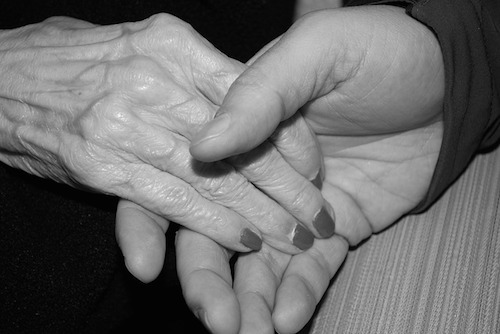 It is almost unfathomable to think that sometimes the most powerful way to connect with someone is not to use any of them.

We often spend time thinking about the “right” thing to say when we are in a position of supporting someone. When someone we know is confronted with adversity, we use our words in an attempt to offer that person some sort of relief.

Of course, we do this because we don’t want that person to suffer.

We don’t like the dark, so naturally we try to bring in the light.

There are times, however, when the dark is simply where that person needs to be for a bit. And in order to offer genuine support, we have to overcome our own fear of it so we can sit with them in that place momentarily.

More practically, this means that sometimes, simply your presence is the best way to be there for someone.

After my first year of medical school, I completed an elective rotation in oncological breast surgery. Outside of the operating theatre, this meant I was watching doctors break bad news again and again.

On the days that we consulted with patients, we spent the morning reviewing the results of biopsies, mammograms and other tests that the doctor would later explain to the patient during the consultation.

One morning in clinic, as we were preparing for the day, the surgeon sighed deeply after pulling up a patient file. She placed her head in her hands for a moment and then turned the screen so I could see it.

The patient was a 32-year-old mother of three, having given birth to her youngest child just a few months prior. She had late stage metastatic breast cancer. The disease had progressed so far that her treatment options were quite limited, and she would likely be offered only supportive care as her health would continue to degenerate.

A few hours later, I sat next to the surgeon as she relayed this information to the patient. It almost felt like the air got thicker as the words left the surgeon’s mouth and they lingered there as the patient tried to take them in.

As the three of us sat there in silence, I wondered if the patient heard everything that was said.

But as the doctor’s words began to sink in I could tell she understood the gravity of the situation by the heaviness in her eyes. I tried to read the look on her face. I had never seen anything like it. It was unfamiliar yet so instinctually recognizable.

Her mouth was slightly ajar and she started to look around the room until finally her eyes met mine. Everything inside of me wanted to look away.

In every consultation prior to this, I had been a wallflower.

I was practically invisible as I watched doctors and patients interact, so disconnected that I could have been watching it at home on a screen. I always took note of the logistics of each meeting, but surprised myself at times with how little I felt about witnessing people receive what was probably the worst news of their life.

This time was different. I was no longer an observer in this consultation as I was suddenly absorbed into her experience.

There is something so terribly frightening about being completely present in a moment where nothing but devastation exists. Making the decision to stay in it was also the decision to stay with the upwelling of pain and uncertainty that started in the pit of my stomach and was slowly making its way to my throat.

The silence was killing me.

I could hear myself swallow.

I wasn’t going to be able to offer her any light. There was nothing anyone could have said in this moment to change the reality of situation or offer her some relief.

As we continued to look at each other, however, I felt something start to shift. I felt myself relax a little as I began to draw my attention away from my own unease and back to the patient. As the haze of anxiety began to lift, I had a moment of clarity.

It was okay that there was nothing I could do to fix this for her.

In this moment, all I could do was continue to hold her gaze and silently say, “I see you,” as I sat with her in the dark for a moment.

Several seconds later, the doctor finally broke the silence in order to address what was to happen next.

In the weeks that followed, I reflected upon the moment that I wanted desperately to look away. It is so easy it is to remain on the sidelines of someone else’s experience and drop a line or two of encouragement, and I think we do this more often than we realize.

We remain on the periphery out of fear, instead of making the choice to connect with something inside ourselves, something that is perhaps scary or uncomfortable, in order to really see that person.

There is a reflection of emotion that occurs in this type of connection, and it is this shift in perspective that provides a platform we can use to support someone.

As Brené Brown once so eloquently put it, 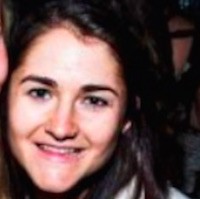