Why Billie Holiday will Live Forever in my Family. 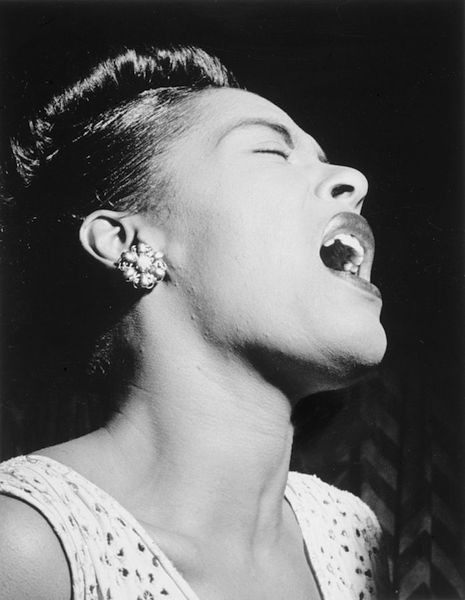 If she were alive today, Billie Holiday would have lived for 100 years.

But she has been dead for 56 of these. She was only 44 when her short, tough life came to an end.

Until recently, I didn’t know much about her life. All I knew was the music.

As a child, my father sang me one lullaby that I can remember. It was Summertime. Sometimes when we were travelling somewhere in the car, my parents would do a duet.

One night, not long after my first son was born, I was up with him in the early hours. He was crying and wriggling and I had done everything that I already knew to do. Except sing him a lullaby. I opened my mouth and the first song that came out was Summertime. As I sang to him I could hear my parent’s voices singing it to me: an echo from my childhood. As I sang, my little boy relaxed: I fancied he was eased by the words of the song, by the idea of the living being easy, of waking up singing, spreading his wings and reaching for the sky.

I have sung this song to him almost every night since then. It is one of our favourite lullabies. When I start singing it, I can still see him visibly relax.

Billie Holiday was born Eleanora Fagan. Her parents were children, just 13 and 15 years old. She had a difficult childhood: with her mother absent for most of her early life, a stay in a Catholic reform school for truancy, long hours working in her mother’s restaurant, dropping out of school, and an attempted rape by a neighbour all before her 12th birthday.

“I never had a chance to play with dolls like other kids. I started working when I was six years old.”  ~ Billie Holiday

It was while running errands for a neighbourhood brothel—a job she found for herself at age 14—that she heard Louis Armstrong and Bessie Smith for the first time. And the rest, as they say, is history.

She had many troubles in her later life too: with drugs, drink and abusive men. She died young because, as Gilbert Millstein of the New York Times described, “The worms of every kind of excess—drugs were only one—had eaten her.”

Her story is one that hard-living artists have relived in various versions since, but it was her childhood that stuck with me after reading about it. When I listen to her version of Summertime, it’s almost as if I can hear the longing in her voice, the mourning for the dreamy childhood, picturesque setting, ideal parents and cosy safety it invokes.

When she sings it, it sounds tragic, haunting and heart-breaking.

It’s one of those perfectly simple songs that says so much more than the words seem to at first listen. For me it is a song about childhood lived, and childhood lost—a song for those children who don’t get to have a childhood. It’s deeply sweet and deeply sad at the same time and that’s what makes it a true lullaby: it hints at the things that we fear (“there’s nothing can harm you”), beyond the perfect picture it paints, while rocking us and shushing us in the world it creates, safe from those things.

I’m sure that no one has a perfect childhood. That even the child in the song would have had problems, fears, and traumas to overcome. When I sing it to my kids, I always feel nostalgic. It’s a vague kind of nostalgia, not only for my own childhood and but for childhood and innocence itself. Something which is and has been lost in many ways for many children, both today and in the past.

If anything it’s a reminder to me to do what I can to protect this innocence, this sweetness where I can for my own sons: to keep them from harm and stand by until they are ready to spread their wings and fly.

Perhaps one day they will sing the song to their children, too.

“You’ve got to have something to eat, and a little love in your life before you can hold still for any damn body’s sermon on how to behave.” ~ Billie Holiday

In memory of Billie Holiday, a troubled child and a wild, talented, extraordinary woman.

This is for the Old Souls who don’t Quite Fit In.