Examining the Root of all Shame. 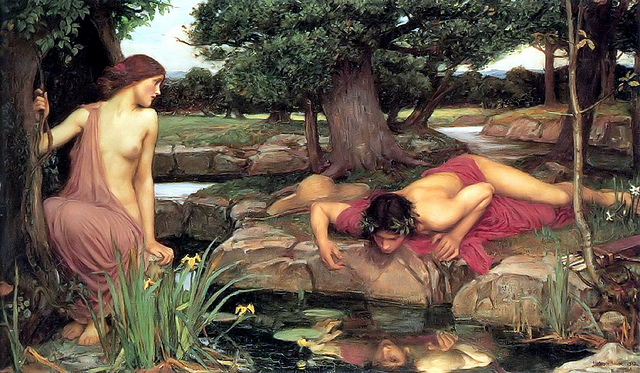 As I sat in a pub garden one evening enjoying the sunshine, I watched a tiny drama being acted out.

It could have easily been missed. It lasted all of thirty seconds.

However, in that thirty seconds something huge happened in a little girl’s life. The little girl in question was playing on a wooden climbing frame, consisting of a castle, turret and slide. Her daddy was standing at the bottom of the ladder it had to be climbed to get onto it, and she was playing a delicious game.

She would run up the little runway to the turret at the top, then turn and run joyously back down towards her daddy, laughing openly and freely in the anticipation that when she reached him he would blow her a huge kiss and laugh back. They were playing a game that told her that, in that moment, she was the center of his world and it felt wonderful.

Then the tiny drama occurred.

While she was running up towards the turret, with her back to him, her daddy was called over to sort out something to do with a food order and another daddy moved into that space and helped his little son up the ladder. The little girl ran down excitedly, squealing with laughter, to the place where she expected her daddy to be, full of anticipation once again of the blown kiss and the intimacy between them.

But instead, she pulled up short as she ran face to face into this other man, a stranger.

Her confusion was tangible, and she clearly did not know what to do. Then she did what she had learned to do with her daddy when he was not really paying her attention.

She put her head on one side and smiled widely at the man.

But instead of responding with a smile back, like she had expected, this man looked right through her, as if she did not exist, and then shouted at his son who was crawling on his hands and knees up the slope and getting dirty.

In that split second, the drama occurred. It could have easily been missed. It might not have seemed that anything of significance had happened.

But I registered the change in this little girl’s face, the lowering of her eyes, the slump of her shoulders, the thumb suddenly going into her mouth for comfort. The shame. She sidled off, and sat down in a corner of the climbing frame, clearly troubled and confused.

Now that was just a tiny, almost imperceptible drama and her daddy quickly noticed where she was. Although he didn’t know what had caused her change of mood, he responded by sweeping her up in his arms and blowing into her neck, making her giggle, wriggle and everything was restored.

Suppose that this tiny drama were to happen every single day, many times a day. And that the man (or woman) who looked straight through her was not a stranger, but her mummy or daddy. Then time and again that little girl would experience the shame of openly anticipating and hoping and opening up, only to feel the shame of having gotten it wrong, of having misjudged it, expected too much, discovering she was not worthy.

Because this is the root of all shame.

It is the sense that we hoped for something that we clearly didn’t deserve, opened up to discover it was not reciprocated, dared to think we deserved something only to painfully realize  that we were not considered worthy of it.

Shame is always about humiliation, resulting from a mismatch of expectations. Those awful comments adults make to children, about being “too big for their boots,” or questions like, “What makes you think you’re so special?” do exactly this to a child.

And the damage is seen years later, in grown up children who feel unworthy, unlovable, confused about intimacy, ashamed of being open or showing love. And then the damage goes down through another generation and another.

A wonderful analyst, writing years ago, a man by the name of Heinz Kohut, was one of my absolute heroes when I was training as a therapist. He stated, quite simply, that in order to give a child a sense of worthiness and their place in the world, the child needed to feel and experience that they were “the sparkle in their parent’s eye.”

And another wonderful theorist, Donald Winnicott, talked about the need a child has to see themselves first in the mirror of their parent’s eyes before they can have a sense of existing fully in their own right.

We learned, as therapists in the making, that the relationship that a client formed with us was a “second chance.” That is, the therapist could mirror back to the client that they were seen, understood and known—the client could experience being allowed to sparkle and to be the sparkle in the therapist’s eyes for a while.

I have seen the power being truly seen in a relationship do a lot of healing and I know the power of that mirror we can hold up for each other.

Let each and every one of us be that mirror and let us never underestimate the wonderful gift we bestow on each other in the offering of one of the greatest experiences we can have. It is not shameful to seek and to give love—that we are more than worthy to do so.

For Those of Us Who are Too Hard on Ourselves. {Poem}