From Pit to Perch: The Journey of the Successful, Highly-Sensitive Entrepreneur. 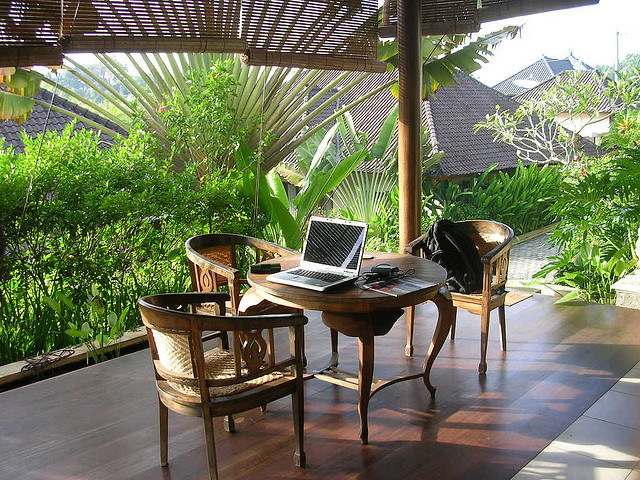 I admit that I’m biased.

We all learn best from experience, yet any experiential learning is only ever anecdotal. Still, I believe that the same lessons that transformed my life from relentless suffering into a sweet ebb and flow of abundance and joy can do something similar for many others. Perhaps you.

If you are someone who identifies as “highly sensitive” or “introverted,” and who has wondered how you’re ever going to achieve the career success you’ve longed for without losing your mind, then I write for you. I share my “journey to success” with you in the hope that you may glean something from it you can apply in your own life, and see transformative results.

A little back story:

I started life as a really poor kid in a really big family. I only have three siblings, but we had four generations living together. And it was only a three bedroom house.

There was a constant bustle in the household, and I found it all overwhelming.

The stories my family tell of me are finding me hiding in cabinets, under tables or behind doors. They tell the stories as if they are charming, but really it just reminds me of that feeling of wanting to find some small quiet place in which I would feel relaxed, having shut the endless cacophony of the world out for even a little while.

In my 20s I moved to San Francisco and, being constantly broke, had to share apartments with other 20-somethings. It never lasted long, because even having my own room, I just couldn’t manage the amount of social contact needed to get my housemates to understand I didn’t dislike them simply because I avoided them so much.

I just needed 95% of my time to be spent alone in order to maintain my fragile grip on emotional, functional competency. I had to be able to go to work each day, and that meant I needed to be alone in my room as much of every evening as possible.

And then there was work. It was brutal. The commute… so many people. The time spent in the cubicle—well, at least I usually had a cubicle. I never lasted more than a couple weeks in any situation where there was an open floor plan. Not that I lasted long in any job at all. I was 36 years old before I hit my first two year mark in any job, and usually I couldn’t manage much past six months.

Obviously, with so little consistency in any position, it wasn’t exactly a great foundation for a profitable career. I was smart, so learned new jobs quickly, but I was always starting from entry level, even after getting an MA in Counseling Psychology.

At the age of 33, I decided to sell all my possessions and move to Bali, Indonesia. I didn’t even know where in Bali I was going to live. At the airport I picked the cheapest taxi destination off the board and told the booth agent I would like a ticket to that city, and he refused to sell me the ticket. He claimed I wouldn’t find any place to stay there. We argued a bit and then I gave in and asked him where he would sell me a ticket to. The city he picked wound up being the city I spent the next year living in.

For the first four months I did little beyond sitting out on my deck watching the sky.

It was as if I was letting all the stress and overwhelm of my entire lifetime melt away. I had a household helper (a pembantu) who did the cooking, shopping, laundry and cleaning, so I was for the first time secure in my physical survival without feeling like I needed to be dancing as fast as I could to hold it all together. For the first time in my life, I truly relaxed.

Around the same time I was introduced to ideas about spiritual manifestation. I had met a trance channel not long before deciding to move to Bali, and had gone to Bali with one of my intentions being to learn how to channel verbally. I’d been able to do so with automatic writing for many years, but was always unable to translate the impulses I got into spoken word. The act of speaking seemed to always break the connection.

Putting it all together, the practice of channeling each day, the book on manifestation with spiritual methods I was reading, and the ample time relaxing in the arms of nature… something in me shifted. With that inner shift, my outer life began to shift too.

Everything I had struggled so hard to try to achieve before that, suddenly started walking up and laying itself across my lap. After about four months I had my fill of my sky gazing, so I started going into town a few times a week. Mostly I would just hang out in restaurants for westerners for many hours at a time. I’d often sit there through three meals and a movie.

Within the chance encounters I had on those excursions, I began building a network of people who knew the subjects that interested me, and who had connections to make things happen I had never experienced. Many of them started offering me “once in a lifetime” opportunities, which I eagerly accepted from my newfound inner state of peace and strength.

The path from there to here has been eventful. In the intervening years I’ve written two books, spearheaded the building of a land trust community for poor Native Hawaiians, taught meditation to incarcerated teenagers, built up two successful businesses, and virtually “retired” in my 40s, given that I’m now completely supported by passive income.

While there are many lessons that could be learned from my story, my chief takeaways have been:

>>> Do what you need to do to create a sanctuary for yourself, even if only for a few months.

>>> Don’t settle for poverty even if you come from poverty. Always reach for more and know that you can create whatever you can imagine and believe.

>>> Apply spiritual law to mundane concerns. Don’t separate anything from what you consider “sacred,” not even the making of money.

>>> Don’t require that the work you do to keep your body alive (fed, housed, etc.) has to be the same work you do to make your greatest contributions to the world. It may be, but that requirement can keep you paralyzed during the many years you are really just acquiring the skills you will need to have your impact.

>>> Think passive income! Always be asking yourself, “How can I do this in a way that I invest time/money now, then am repaid many times later without much further effort?” You must decouple effort from earnings if you will ever be truly free of the monkey on your back of needing to be “making a living.”

While I realize that not all of this advice will fit everyone’s needs, I truly believe that for most sensitive or introverted people, this is the surest path to peace, abundance, and fulfillment. But don’t take my word for it.

Experiment with these ideas in your life, then come back and tell me your stories. I really want to know. You see, once you climb out of the pit of despair, there is nothing you want more than to light a path for others to take to join you.

8 Steps for Living an Epic Life.