How to Respond to Baltimore (and everywhere) from a Place of Centeredness. 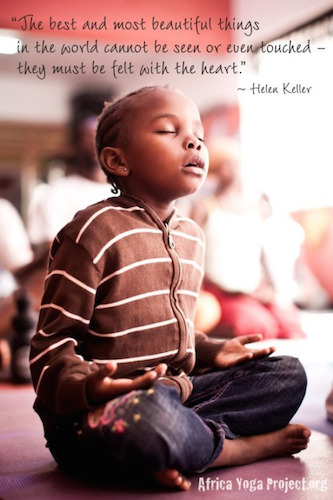 I want to talk about Baltimore.

After police have been charged in the death of Freddie Gray, many are feeling temporary relief and hope.

Only the first step in a long road towards justice—how do we stay sane and centered along the way?

And how can we respond to the suffering that is still a reality in Baltimore and across the U.S., where black women and men disproportionately face poverty, imprisonment and state violence?

When we really grasp the history of race in the U.S. and understand just how entrenched institutional racism is, it can be easy to feel discouraged and powerless.

While I don’t have a magic formula for creating real change, I offer here practices, tips and contemplation for when we don’t know what to do in the face of so much suffering:

1. Turn off the the radio and TV news. Limit online article intake.

Wha?? Why would we do this? Don’t we want to stay engaged with what’s happening? Well…is the news really what is happening? No. Does revisiting the trauma repeatedly help to undo its horror and tragedy? No. Once we learn the facts, maybe it’s time to step back and breathe.

I noticed on day three that letting skewed media reportage set the tone for my day with my morning alarm set to NPR was sending my nervous system into a tizzy.

Signs to watch for: tension in the body and tightness in head, jaw, neck, shoulders; shallow, fast breathing; a general unsettled feeling and despair or gloom.

I decided to turn it off.

It may be a privilege of being one state and one district removed from events to choose to not take in media coverage of what’s unfolding in Baltimore. And certainly some do not have the luxury of an off switch when it comes to living in a hostile or oppressive environment. But feeling stress in our bodies will not relieve anybody else of their stress. Being miserable does not free anyone else.

So shut it off, take a break. Underwhelm yourself.

Instead of adding more suffering to the planet, focus on peace. Outer peace will require bold change and great patience. So what can we do to bring ourselves into an inner sense of calm? Not to deny what is happening, but to be able to act instead of react. To know it is us, our own clear minds and wise hearts, responding, and not layers of stress and media-induced despair causing us to act out, and likely, be ineffective.

Get quiet. Settle into yourself. Respond from who you are, not what others are doing.

Which leads me into…

I once went to graduation festivities for a community organizing institute a friend did with Oakland’s Applied Research Center–what’s now known as Race Forward. This was in my Bay Area living days, early aughts when I worked at a local Planned Parenthood. I believed vigorously in the power of community organizing, but after a semester internship with Chicago’s ONE, I came to terms that I didn’t have what it takes to be an effective organizer myself.

I lamented to the leader of this organizing institute that I felt I wasn’t doing enough and wish I had it in me to do this essential work. She came back at me with: “We need revolutionaries in every field. We need revolutionary teachers, doctors, lawyers, scientists…” and she listed off various careers I can’t recall 15 years later.

The sentiment has stayed with me, though. We need revolutionary life coaches. We need you to be who you are. When we see thousands in the streets, it is inspiring, it is necessary, and it is not
everyone’s calling.

Knowing who we are means action happens as a natural and spontaneous expression of life moving through us. When we allow ourselves to be moved, and where we go is to protest: great. If we are forcing ourselves to show up against what our bodies and intuition tell us, we suffer. Not feeling the call doesn’t mean we are lazy or not willing to participate in change. Change needs to happen in so many ways and in so many places. Go where you are truly called. Be the change.

Here are some ways that may or may not resonate, to show up for others’ suffering. Know who you be. Move from that awareness:

Try showing up! across the US or in North Carolina.

Try writing a letter to the editor!

Try tonglen! This is a Buddhist lovingkindness practice that is my go-to for when I am facing difficult emotions, and is a powerful way to both heal ourselves and tap into our compassion for others. Keep the flame of compassion burning bright even when the media moves on.

Try empathy! As much of a stretch as it might be, we must remember that everyone is suffering and that, oftentimes, the biggest challenge can be extending compassion to those with whom we don’t sympathize, those whose actions we abhor. Why would we let them into our hearts? For me, those who commit murder, who trample on the rights of the historically disenfranchised, who unconsciously replicate the implicit biases and blindness of a system in which they were raised are suffering from ignorance—of not knowing themselves, of lacking discernment, of not being connected to their own humanity, of being filled with rage, judgement or hate.

If i wish to see them free of suffering, it means I wish for them to know who they are, to claim their humanity, to be humble, open, and surrendered to a power greater than their egos. If I take on the same rage, judgement or hate, even if on the side of morality and justice, I end up suffering, and not being so unlike those whose actions I condemn.

Try meditation! This is a quiet way to feel the power that can never be bound, locked up, or stripped away from us. Few of us ever face conditions that really test our spirits and force us to cultivate the kind of inner fortitude and self-connection that triumphs over our own personal and external limitations. All of us can access the transpersonal, though, and can sense the space and compassion it opens up for us and for all beings.

Pema Chodron: How to do Tonglen, a meditation practice for difficult times. 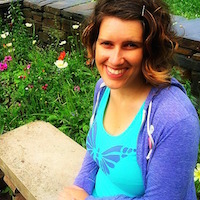