How Yoga Helped me Heal after my Husband Cheated. Last September, I found out that after only six months of marriage, my husband had slept with someone else.

Needless to say, I went through some pretty rough times following that news. The lessons I have learned through yoga helped me to not only survive but to come out an even stronger person on the other end.

The practices of non-attachment, meditation, strength in community and self-love helped to keep my head above water. Without these things I don’t know if I would have recovered the way I have. By sharing this story, I am continuing my journey towards health and service to others. This is my way of paying it forward.

From the moment I imagined writing down this chapter of my life, I was terrified of what people would think. Being judged feels awful, but yoga has taught me that my journey is unique. Aparigaha, or non-attachment, has been a powerful tool during this healing process. This is a difficult practice because it’s human to become attached. I am no exception.

When I first found out he cheated, I didn’t know what to do. I stayed for three weeks in our San Francisco apartment waiting to find out what he wanted. I felt incredibly attached to our relationship. Walking away from it was one of the hardest decisions I had to make but I knew that we both needed space so I packed all my things and moved back home to Portland.

In December, I returned to San Francisco because we wanted to give our marriage a second shot. When I initially returned, my self-confidence was still really low and the only thing I wanted was to have my relationship back. After a few weeks, I realised that the relationship I had returned to was not the same one from before and it probably never would be again.

It was hard to decide to go back to our marriage. Especially considering the judgement I felt for that decision. The practice of non-attachment helped me to let go of what other people think. I needed to find out if it could still work. If I had based my decision on what anyone else thought, I may not have ever found that out.

When I first found out my husband had cheated, I didn’t tell anyone. I felt incredibly alone. I went online to read how other people had dealt with adultery, which helped but I needed some real support. Eventually, when I started telling friends and family, I realized that it would be best to be surrounded by people who love me unconditionally. That’s when I returned to Portland.

I have always been a strong and independent person so my new “condition” felt like unfamiliar territory. After being someone’s partner for almost six years, I had lost focus on myself. When that partnership was abruptly taken away, it took a huge toll on me emotionally and physically. I felt weak and fragile. Shattered, in fact. Listening to other people’s experiences and advice helped me to not feel so alone. Their support made me feel less anxious about my future. I knew I would eventually be okay.

In the first few days after I found out, I wanted to continue my physical practice but I would get on my mat, try to move and instead collapse into a puddle of tears. Some days I couldn’t even manage that much. Most days my body felt physically incapable of movement. So, my practice became just breathing and meditation. I would breathe in repeating, “Who am I?” and breathe out, “What do I want?”

That alone was so powerful. Even if I didn’t immediately get the answers, I was opening myself up to them. After a few weeks I finally started moving more but had lost a lot of strength. Feeling frustrated, I remembered something else I’ve learned from yoga, “Don’t bring expectations to the mat. Don’t compare your practice that day to any other day. Just show up. Be happy you’re there.”

Recently I was lying in savasana after a beautiful class and feelings of anger started to bubble up in me when my thoughts turned to my husband. The teacher that day had spoken about offering all of our love out to those who need it. In that moment of meditation it suddenly became clear that by holding onto this negative energy for him, I am really only hurting myself. So, from my mat, tears streaming down my face, I offered my love over to the person who hurt me the most because, even after everything, he does deserve—and probably needs—that love. And I deserve and need that peace.

At first this experience made me feel stupid. At one point I was sitting down in the shower actually bawling like a child. I felt pathetic but I couldn’t stop. Wallowing in sadness was the low point of my experience. Returning to my daily yoga practice has been my form of self love. It has helped me to build my physical muscles, which has in turn made my emotional muscles stronger.

Looking back now, this seemingly horrible experience has actually been the biggest opportunity for growth I have ever faced. I value myself on a whole new level. I know that every relationship is different and I do believe that some couples can heal after someone cheats. In my situation, that just wasn’t the case. I chose to be on my own in hopes to fully heal as an individual.

I no longer rely on my marriage for my own self-worth. This relationship is a part of my story but I am my own person. The rest of my story will unfold however it’s meant to. The only thing I have control over is my words, thoughts, feelings and reactions to whatever comes. Yoga taught me that.

This chapter of my life brought me the worst pain I have felt so far. Yoga gave me the strength to keep moving and the clarity of mind to figure out what was best for me, which helps me to live and teach more authentically. Non-attachment, meditation, self-love, and community have helped me to feel whole again. I hope my story serves someone the way other people’s stories have served me. 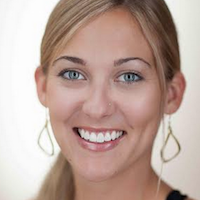