I Jumped off an Alp.

Many people have crafted “bucket lists,” either on paper or in their heads.

And then there are what I call “unintentional bucket lists”—those things that happen to us that, if we take advantage of the opportunity, can be accidental bonuses in our life.

I don’t have a “bucket list.” I mean, I have “places I’d like to see” but I don’t have a list of things I cross off. That seems un-mindful to me: Okay, check—that’s done, now on to the next thing. I’d rather it be a little more intentional.

Except for that “unintentional bucket list” that I now seem to have discovered. My list was a total surprise.

Here is how it started:

I jumped off an Alp.

It was a minor Alp at that, but an Alp nonetheless. During a trip to France, my hubby and I decided to do something different. Well, actually he decided.

I, in a fatalistic turn, figured, “Well, if it’s my time to go, strapped to the front of a cute French guy wouldn’t be the worst way.”

The day we went on our paragliding expedition was clear and lovely. Brisk without being too cold. I was able to bring along a camera. I hung it around my neck.

My guide, Eric, was nice. He was also aware of my nervousness. I’m not afraid of heights.

I just have a thing about willingly walking off a large (7,000 foot) mountain.

We took the step off anyway—It was glorious. Quiet, somehow—I don’t know why I didn’t expect that.

I took a bunch of pictures. We tooled around, with him steering and had little conversation. I liked that he wasn’t chatty. I wanted to just drink it in.

The tips of the evergreen trees. The hikers on the day trails looking like little bugs. The sky, that somehow at this altitude seemed to be bigger than even the biggest sky in Montana. And a brighter blue than I’d ever seen.

The amazing number of paragliders sweeping along with us—some in tandem and some solo.

Eric told me that they fly every moment they can. He trained in Utah, as many of the guides did. They avoid a few weeks in the summer, when the local rescue agencies do their mountain training with helicopters, but otherwise the sky was peppered with them day in and day out.

In big gulps, I drank it in, looked till I could almost feel my eyes fill up. Felt till my skin tingled. Breathed until every cell in my lungs expanded with mountain air, that seemed as cool as a drink of water and as nourishing as a five course meal.

As I was clicking away with the camera, I felt a rush I’d never experienced.

I was up. In the air. In almost complete silence—just the flapping of the wing as the air passed through the vents, the creaking of the rigging, the soft breath of my guide as he steered us to and fro.

I had a moment, probably sappy, where I wondered if this is what birds feel when they fly. But then I realized that for a bird, it was a mode of transportation. But as humans, we’re tethered to the ground, unless we take a massive leap of faith.

I took a shot that is now the cover of my Facebook page. It wasn’t until later that I realized my knees were in the picture.

At first, I was bummed about that, but afterwards, I thought, “At least it’s proof that I was there.”

As we neared the landing spot, Eric whispered in my ear, “We either land on feet or on derriere.”

Me? I was hoping for feet.

We started spiraling down and at one point, he said, “Lift feet.” Then on his direction I took two steps and I was upright—till Eric yelled at me to duck. A solo flyer came too closely overhead and I heard Eric mutter something that might have been a pretty nasty crack about an “amateur stupide.”

Sadly, my hubby was misdirected as to where we were landing. I looked high and low—I couldn’t find him. It seems he was 15 minutes away and missed my perfect landing. I was disappointed—I had this flying thing down and we had planned that he’d catch my landing for posterity.

I was pumped in a way that nearly exceeded that of childbirth—don’t tell my kids that, though.

I’ve been trying to discern the deeper meaning of that escapade.

It was a tremendous adventure to just step off that cliff. I’ve done some things in life that are unusual for me, but I normally lead a pretty routine (some might say staid) life. Ordered. Scheduled. Organized.

The entire trip to France and Switzerland was a once-in-a-lifetime gift we gave to each other. Stepping off that cliff was something that was seriously beyond my ken. I almost didn’t go. I genuinely thought of backing out and letting my hubby take two trips.

After all, he’s the one who’s jumped out of an airplane before. I’m the one with feet of clay. The steady, dependable oldest kid who’s always where she’s supposed to be.

But then I asked myself about that “unintended bucket list.”

Am I passing up a moment that will never come again? And if that’s the case, then why am I passing it up? Am I willing to open my heart, my head and my soul to do something that (except for the photo including my knees) nobody would believe I was even capable of considering?

And then I ask myself if, during those moments when everything seems to be crap—when I can’t find the words I want, when I don’t have as many students showing up on their yoga mats or when I had an awful night’s sleep and can’t function the next day:

“Can I take myself back and tap into that flight? Can I recall the peace, the quietude?”

The joy I felt in that moment, whether I was clicking away with my camera or just absorbing it—as if it was a floating meditation of gratitude, soaring freedom,and exultation in simply being alive and witness to the power of Mother Nature in her most luminous glory.

When my mantra was a full-throated “Thank you!” And when my soul felt as if the wing under which we were flying was totally unnecessary—because the core of my being took flight all by itself.

Turns out, the answer was yes. I was willing. And yes, I’m able to grab that feeling again and again when I need it the most. In the end, I learned something about myself and that “Unintentional Bucket List.” I like “unintentional.”

We have more fun that way. And you have epically better stories to share.

How Silence Saved My Life when My Parachute Failed. 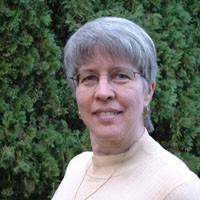