I Tried to be Skinny to Please my Mother: Overcoming an Eating Disorder. 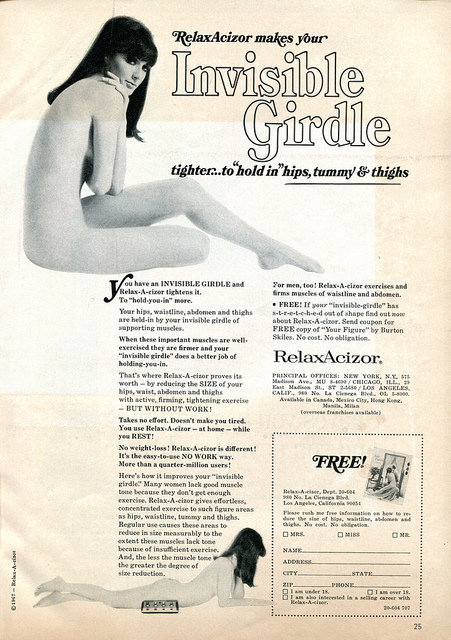 “You’ve ruined skinny women for me,” he whispered as I headed down the steps into the water.

Variously shaped, unclothed women and men filled the steamy hot springs, and as I slid into his waiting arms he put his hands on my behind and whispered into my ear.

“Yep. There’s just not enough to get a hold of on a skinny woman.”

All my life I thought I had to be skinny to be loved and wanted.

After all, that’s what my mother believed in her you-have-to-have-a-man-to-live-happily-ever-after world. That’s what she was saying when she warned me, “No man will ever want you with those hips,” or when she bought me girdles to “smooth out the bumps,” or when she told me to be careful and not stand with my “back-side” showing.

That’s what she was concerned about when she took me to the doctor to see if he could “help” me.

When she saw me and my big hips she saw a problem that needed to be fixed, and as I grew up hers was the mirror through which I saw myself. How could it be otherwise?

When I got married the first time I was a nervous, insecure, ashamed-of-myself girl of 19 years with a 19” waist to match.

No doubt I was skinny.

Then I had three babies within five years and the post-pregnancy fat left me feeling as if I weighed twice as much as everyone around me. Inside my fat body I was both a stranger to myself and terrified of where gaining all those pounds would lead me.

Desperate to lose the weight I had gained, and literally afraid my then-husband would abandon me because of it, I dieted in the only way I could think of.

My goal was a “reasonable” 120 pounds, and it didn’t take me long to get there—and beyond.

I was having a thrilling, heady experience.

The process of not eating had become more important to me than the content of my weight.

One afternoon, I put my three-year-old daughter down for a nap and went to lay on the bed in my own room. I was on the pillow a few moments, drowsing in that dreamy land of pre-sleep when, as if it were the most natural thing, I felt myself float slowly up and away from myself to a corner of the ceiling.

Calmly, without surprise or alarm, I looked down from there at my form on the bed. The me on the bed was empty and tired—tired to death. The me on the ceiling didn’t want to go back into that starved, unloved body. She wanted to leave. I remained detached from the whole thing, as if whether I lived or died was merely music coming from the next room.

Too numb to feel harrowed by being split in half, the two of us hung in poised suspension, the music holding one long, thin note while I listened, wondering when it would end.

A sound broke through when I heard my daughter calling me from the next room.

With the slow, heavy effort it takes to move from one view of the world to another, the me on the bed pulled on the string that was attached to the me on the ceiling and the two of us got up and headed down the hall to tend to my little girl.

When I was skinny, I always felt several pounds that belonged to me were floating around somewhere outside of me, waiting to inhabit me. It would take until I was 50 years old before I would claim my size and feel all my weight become fully integrated.

It took about seven years of constant, focused personal work for me to get there. But I did get there.

I realized that my poor mother, in her desire for me to have a fairy tale ending, was wrong.

People, even men, wanted me and loved me, exactly as I was. I realized that I didn’t have to hide behind a girdle and that I could stand anyway I wanted—even with my back-side showing. I also realized that there was nothing wrong with me in the first place that a doctor could fix in the second place. I was fine. Just the way I was.

One day I had a telephone conversation with a man whose personal ad I had answered. We had not yet met each other in person, and so that he would recognize me I described my hair and eye color. Then, trying to think of a way to describe my figure, added, “I’m not exactly skinny.”

“Not exactly skinny,” he repeated. “Well, you remember that old blues song, don’t you?”

“Big fat mamma, meat shakin’ on her bones, ever’ time she swings her hips…some skinny woman loses her home.”

Not that I was out to compete with skinny women or get them to lose their homes—not that at all. After all, I was a skinny woman once.

It was more that.

It was that when the Craigslist guy repeated those lyrics to me, I laughed and thought that he didn’t get it.

The only home that mattered to me was the one in which the big fat momma in me and the skinny woman in me both lived in together—happily ever after.